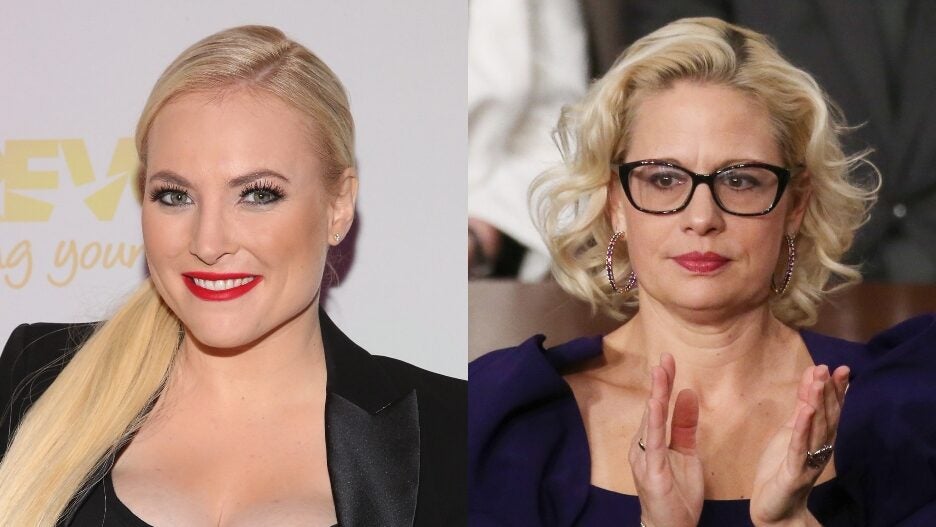 Meghan McCain on Tuesday defended Sen. Krysten Sinema, a Democrat who’s been facing major criticism for, among other things, supporting the filibuster and voting against a $15 minimum wage.

“Same journalists and pundits who go OUT OF THEIR WAY to bring up my Dad and applaud him for his maverick ways are sure spending a lot of energy ripping apart and defaming @kyrstensinema for being a maverick against her party… No attempt at intellectual consistency anywhere,” McCain tweeted.

McCain often invokes her late father, GOP senator John McCain, but her callout here is more fitting here than. Sinema, like the late McCain, represents Arizona in the Senate, though she is a Democrat. In April, Sinema called the former presidential candidate her “personal hero.” A month later, the Arizona Republic ran an opinion piece with a message for the new senator: “You are no John McCain.”

The younger McCain agrees that Sinema and her father have differences, but warned during Tuesday’s episode of “The View” that if Sinema loses her next bid for re-election, the purple state will have no problem replacing her with a Republican.

“If [Sens. Joe Manchin and Sinema are] out, a Democrat’s not coming in. A Republican is,” she said, adding, “The fact that you’d rather have a Republican in the Senate than a Moderate Democrat is exactly what’s wrong with the Democratic party today.”