Money Heist fans are united in their hate for the character of Arturo Román (played by Enrique Arce) who has starred in the show since part one. Ahead of the return of La Casa de Papel for another series, the creators have teased why his character is so essential to the Netflix hit.

Will Arturo play a big role in Money Heist season 5?

Ever since the Money Heist gang first took over the Royal Mint of Spain back in season one, Arturo has been annoying viewers.

The former manager turned hostage survived the first heist before appearing again when the gang reunited.

In the latest season, which was released on Netflix at the beginning of April, his character took a turn for the worst.

As viewers will remember, he raped and sexually assaulted his fellow hostage Amanda (Olalla Hernández) to the horror of fans. 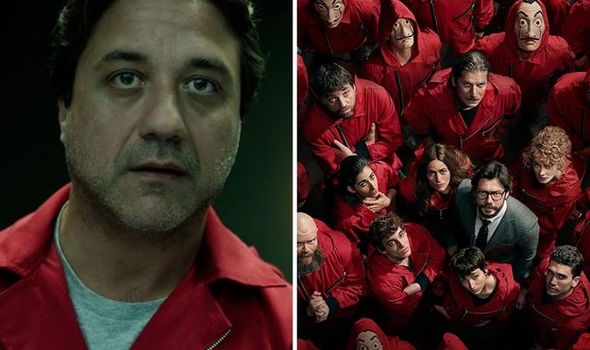 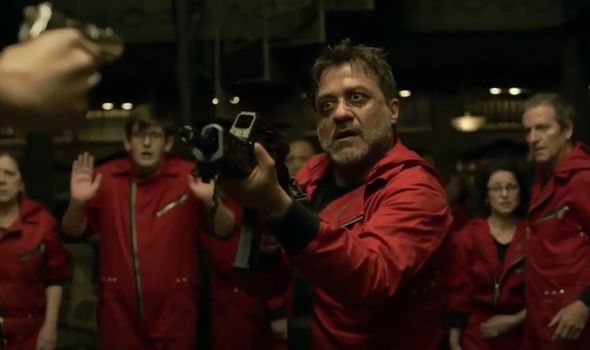 After this, he then attempted to lead an ill-fated rebellion among the hostages.

However, this was quickly put to rest by fellow hostage and secret heist member Manila (Belen Cuesta).

In the final episode, she shot him in the leg before vowing he would face justice for his crimes.

Viewers were left wondering whether this will be the end for Arturo or whether he will likely be back for season five once again. 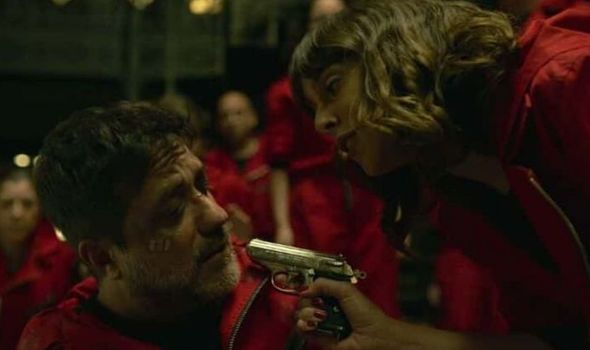 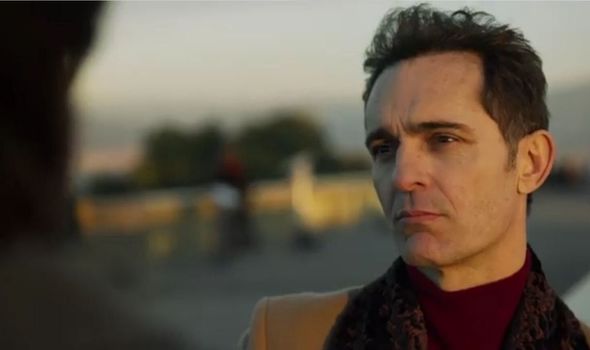 Speaking about the character in the accompanying Netflix documentary Money Heist: The Phenomenon, the creators gave a hint he might be here to stay.

This is because, for them, he is an integral part of the success of Money Heist so far.

Executive producer Jesús Colmenar spoke in the documentary about how relatable the character is for viewers.

He said: “He represents the meanness within all of us.”

“You recognise certain base passions of the viewers themselves in Arturo – and that’s why you can’t stand him.”

The star himself Enrique Arce agreed, adding: “He’s the most human.

“And it makes us really mad when our shame is pointed out to us.”

For other creators of the show, it seems like Arturo is so essential because his annoyance makes him almost endearing.

“Everything he does is really crazy, risky and surprising, that makes it funny.”

As executive producer Javier Gomez Santander said: “He’s abominable, but you love to hate him.”

Therefore, while nothing has been confirmed yet in terms of story for Arturo, it seems he is very popular among those behind the show.

Love him or hate him, it also seems like the character is here to stay.

Money Heist season 4 is available to stream on Netflix now.

Related posts:
April 20, 2020 TV and Movies Comments Off on Money Heist season 5: Will Arturo play a big role? Creators explain why he is so hated
Celebrity News:
Lucy Hale & Lucas Till Star In ‘Son of the South’ Trailer – Watch Now!
Demi Lovato: I’m Finally Ready to Talk About My Overdose
Kerry Katona recalls moment children found out about drug addiction
Brie Larson: ‘I don’t believe that there is a beauty standard’
Jason Momoa: ‘Pink is just a beautiful color & I’m pretty secure in my masculinity’
Recent Posts
This website uses cookies to improve your user experience and to provide you with advertisements that are relevant to your interests. By continuing to browse the site you are agreeing to our use of cookies.Ok