Monty Don on moment where he was 'overwhelmed' with bliss

Gardeners’ World is not only available as a monthly magazine and weekly television programme, but fans can get even more content through the podcast. In episode one, Lucy Hall, Editor of BBC’s Gardeners’ World Magazine sat down for a fascinating discussion with the lead presenter of the popular BBC Two show, Monty Don, OBE. He shared how gardening has helped his mental and physical wellbeing throughout his life and reminisced about the split-second moment when his life and future changed.

When explaining how gardening first came into his life – as a childhood chore – Monty delved into the time he remembers his view towards working the land and growing things, changing.

“By the time I had arrived on the scene, it was established, and at a very early age the regular help we had in the garden hut his back and that was it – we had no other help.

“So, from about the age of seven, me and my brothers – and it wasn’t just me, it was a family thing – we all took on gardening,” he told Lucy. 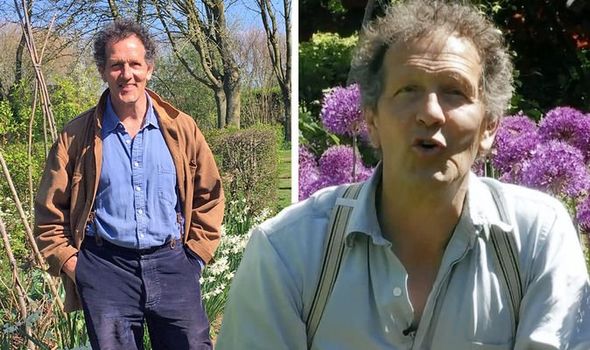 “There was no question of ‘you will learn to love this, or this is fascinating, or look at that plant!’ It was ‘mow that lawn, clip those edges, turn the compost, weed these…’ and we did it as part of the household chores.

“It was line with feeding the chickens, taking the dogs for a walk, doing the washing up, cleaning the cars, making your bed – all the things most children experience in some form or other.

“And I did it in that spirit until I was about 16 or 17 – but, by then, buy default I had learnt quite a lot about gardening, I had done a brutal apprenticeship, and it wasn’t creative gardening, there was nothing creative about it at all,” Monty continued.

“But I knew how to run a vegetable garden, I knew how to make compost, I knew what was a weed and what wasn’t a weed – they were the mechanics of gardening and none of the poetry. 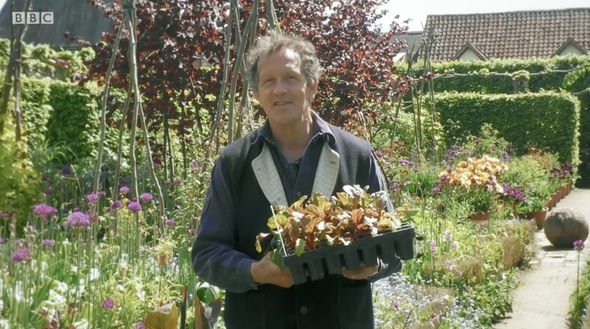 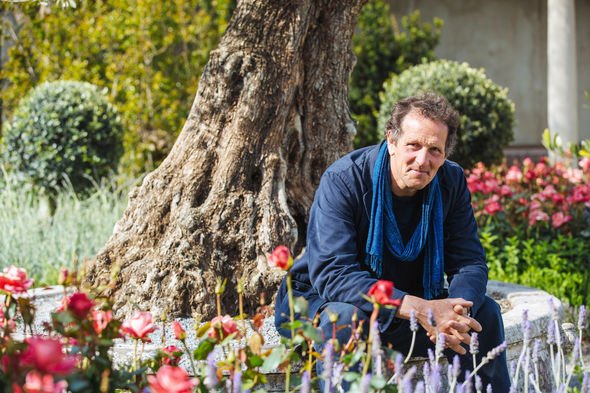 “I had a moment when I was 17 when I had been expelled from a couple of schools and I was a fairly feckless youth.

“And I came home from my new school and got home and then went outside to do a bit of gardening – do my bit for the household.

“And it just happened that March day I decided to sow some carrots and we were bought up in Hampshire with very thin chalky soil.

“I can remember very clearly preparing the soil and it was one of those early spring evenings, late afternoon when you just start – for the first time that year – to feel some warmth and you take your jersey off, and you roll up your sleeves and feel some sunshine on your and there’s a real sense Spring is on its way.

“And I remember preparing the ground and suddenly being overwhelmed by a moment which can only be described as bliss, I can intellectualise it, but at the time I didn’t, at all.

“I mean literally, I could’ve died at that moment and I would’ve died a happy person because life was complete.

“That was pretty unexpected, it came out of the blue,” the horticultural expert added.

Monty has been making television programmes for over thirty years – on a range of topics spanning travel, craft, outdoor living and principally, gardening.

He has been the lead prisoner of Gardeners’ World since 2003 and in 2011, the programme has come from his own garden, Longmeadow, in Herefordshire.

But before then, in the early 1980s, he and his wife Sarah set up and ran a fashion jewellery business which they then closed in 1990 just as Monty’s television and writing career took off.

Next week, Monty and the Gardeners’ World team return with a brand new series on BBC Two.