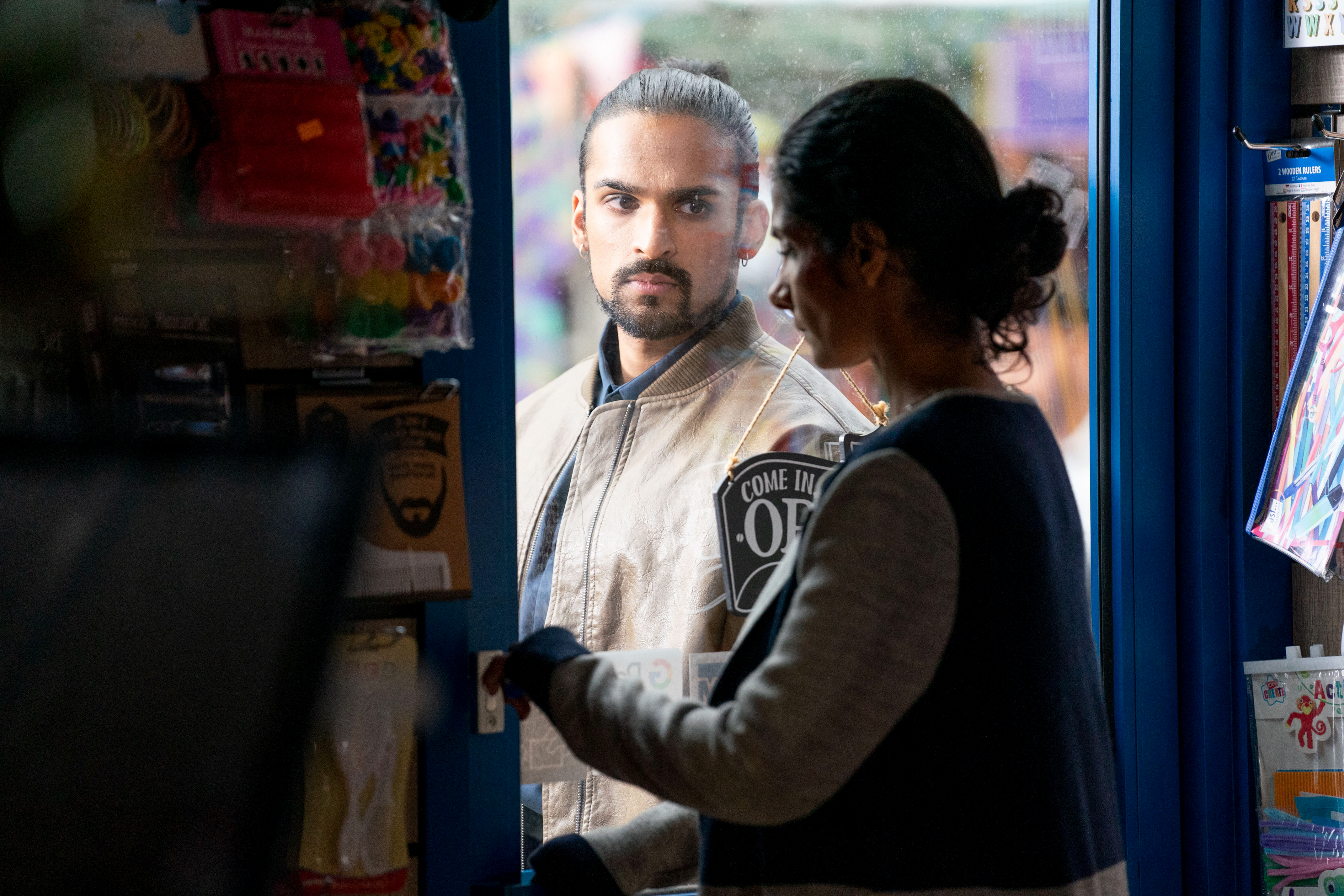 Tonight’s EastEnders ended with an almighty shock, as Suki Panesar (Balvinder Sopal) desperately fought off evil Ranveer (Anil Goutam). The businessman had tried to coerce Suki into having sex with him in return for signing a business contract with her, but Suki attempted to turn the tables on him by recording the encounter on video. When Ranveer discovered what she was up to he turned violent, launching a brutal attack on Suki. She fought back as best she could, before grabbing a heavy clock and smashing it at his head. We left Ranveer lifeless on the floor as an appalled and shocked Suki looked on.

But there are more twists coming up in this tale, not least being the fact that Ranveer’s son Ravi (Aaron Thiara) is already looking for his father. How will he react when he discovers what Suki has done?

Aaron Thiara has been talking to Metro.co.uk about Ravi’s relationship with his father, and the moment that he walks on and discovers him lifeless on the ground in Suki’s house.

‘Ravi’s someone who has gone through life and has had to make decisions off his own back and on his own accord, and try to learn from his mistakes along the way,’ he told us. ‘His own decisions might have taken him down certain wrong paths, so he hasn’t had that guardian to lean on and it’s this that leads him towards this troubled relationship. He’s just looking for approval, praise, love, and validation from Ranveer that he doesn’t feel like he gets, and yet he remains loyal.’

When he sees Ranveer’s lifeless body, Aaron says Ravi feels,’gut-wrenched, breathless, and experiencing a lot of conflicting sensations. Essentially, it’s someone you still care about, regardless of what your relationship with them is, and part of you dies a little seeing them in that state or having them gone.

‘Despite their previously difficult relationship, I think Ravi would personally have been surprised as to how much he actually cared because of the strained relationship with him and how much he cared for a male figure in his life.’

Ravi has already clashed with Kheerat (Jaz Singh Deol) and there’s no love lost between him and the Panesar family, so how might Ravi react to find that Suki has apparently killed his father? Those who have already watched this week’s episodes online of course know the answer to this already, but if you haven’t – there is so much more to come to this story.

Aaron gives a hint when he says, ‘Wherever Ravi goes, trouble does follow. He has a limitless personality and does what he needs to do to get ahead.’

You can find out more about what happens next here, but beware of HUGE spoilers.