BBC and Hulu series Normal People has kept audiences on both sides of the Atlantic gripped with its poignant tale of teen romance. Set in Ireland across Dublin and Carricklea, County Sligo, the show follows the well-to-do Marianne Sheridan (played by Daisy Edgar-Jones) and the working-class Connell Waldron (Paul Mescal). Over the course of 12 episodes, Normal People charts the ups and downs of these two characters, who keeping misunderstanding one another before their love brings them back together.

What is Marianne’s real accent?

However, actress Edgar-Jones is a far cry from her onscreen alter-ego Marianne.

The 21-year-old British actress was born in Islington, North London and grew up around Muswell Hill.

Speaking at a BAFTA Q&A recently, she told media including Express.co.uk about getting to grips with the Irish accent for the part of Marianne.

She revealed how she listened to author Sally Rooney’s accent after director Lenny Abrahamson suggested it to her. 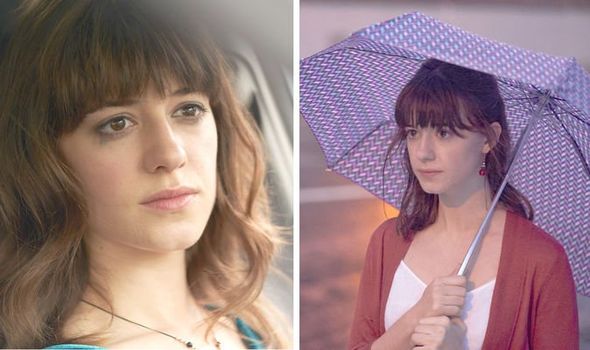 “I think it was the best advice because she’s from Mayo, so she’s from a very similar place.

“But she does have this incredibly intelligent, clear way of speaking that I thought was very good for Marianne.

“I also had a brilliant accent coach too whose name was Paul as well a – different Paul.

“But I listened to our Paul as well quite a lot because living in Ireland is helpful to get tuned in.”

She added: “But my mum is Irish as well, so I always had an idea of the sound but I would probably say Sally was my muse.”

Edgar-Jones said she was familiar with Normal People after one of her friends bought the novel.

She explained: “I’d heard of it and one of my friends had auditioned for Marianne as well in my house and I remember overhearing it and thinking, ‘Oh, that sounds good. I hope that comes my way.’

“But it wasn’t for another month until I got the tape through but I was really introduced to the book through the audition process and it was an amazing thing to be reading it whilst auditioning.”

She described the character of Marianne coming off the page as “funny and odd and brilliant”.

Along with starring in Normal People. Edgar-Jones has also had roles in Cold Feet, Wars of the Worlds, Gentleman Jack and Outnumbered.

However, Normal People has catapulted both Edgar-Jones and co-star Mescal into the spotlight.

The rising star fought off tough competition to win the highly-coveted role of Marianne.

Director Abrahamson revealed he knew Edgar-Jones and Mescal were right for the roles during a first read when members of the cast were left in tears by their moving performance.

Prior to Normal People, Mescal was better known for his theatre work in productions of the Great Gatsby, The Lieutenant of Inishmore and the Red Shoes, among others.

Speaking about auditioning for the role of Connell, he said: “I’d obviously heard about the book and it was very popular.”

Mescal said while he was auditioning for Normal People, his fellow actor friends were also going for the part.

He said: “We were all furiously reading though the book and the thing that I remember is that we all envisioned ourselves playing Connell, which I think is a testament of the characters, that we all saw ourselves in that.

Related posts:
May 19, 2020 TV and Movies Comments Off on Normal People: What is Marianne star’s real accent? Daisy Edgar-Jones opens up
Celebrity News:
Isabella Gomez To Star In ‘Head of the Class’ Reboot!
‘Clifford the Big Red Dog’ Movie Debuts First Look Teaser!
Melania Trump Reveals A New Look To Greet The White House Christmas Tree
Celebrity Big Brother star Heavy D’s ex-fiancée breaks silence over his death with emotional tribute
Brittany Banks: Did Lying Yazan’s Family Really Even Threaten Him?
Recent Posts
This website uses cookies to improve your user experience and to provide you with advertisements that are relevant to your interests. By continuing to browse the site you are agreeing to our use of cookies.Ok