AN ONLY Fools And Horses Christmas special script from 1989 is racking up thousands of pounds in bids on eBay.

The rare document has started an intense bidding war that Del Boy, well known for flogging cushty goods down the market, would be proud of. 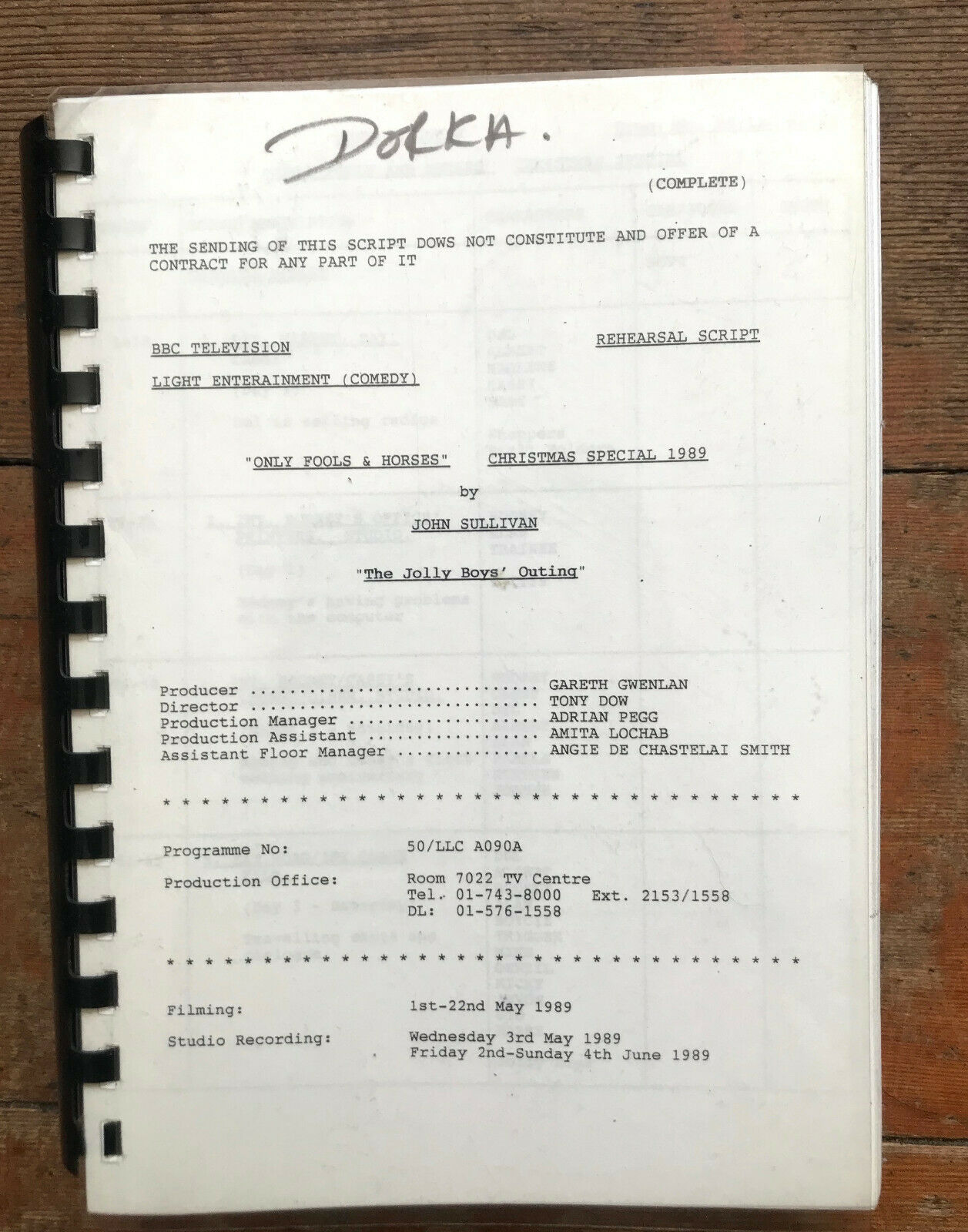 The 1980s script, which focuses around the Christmas special The Jolly Boys’ Outing, is expected to fetch thousands of pounds on the vending site.

It was put up for sale by a relative of make-up designer Dorka Nieradzik, who is thought to have worked behind the scenes on the iconic episode.

Her name is penned in capital letters on the front of the script, which was written by sitcom writer John Sullivan.

The seller detailed of the item: "This belonged to my late aunt, Dorka Nieradzik MBE, who was a make-up designer and presumably was the designer on this episode. 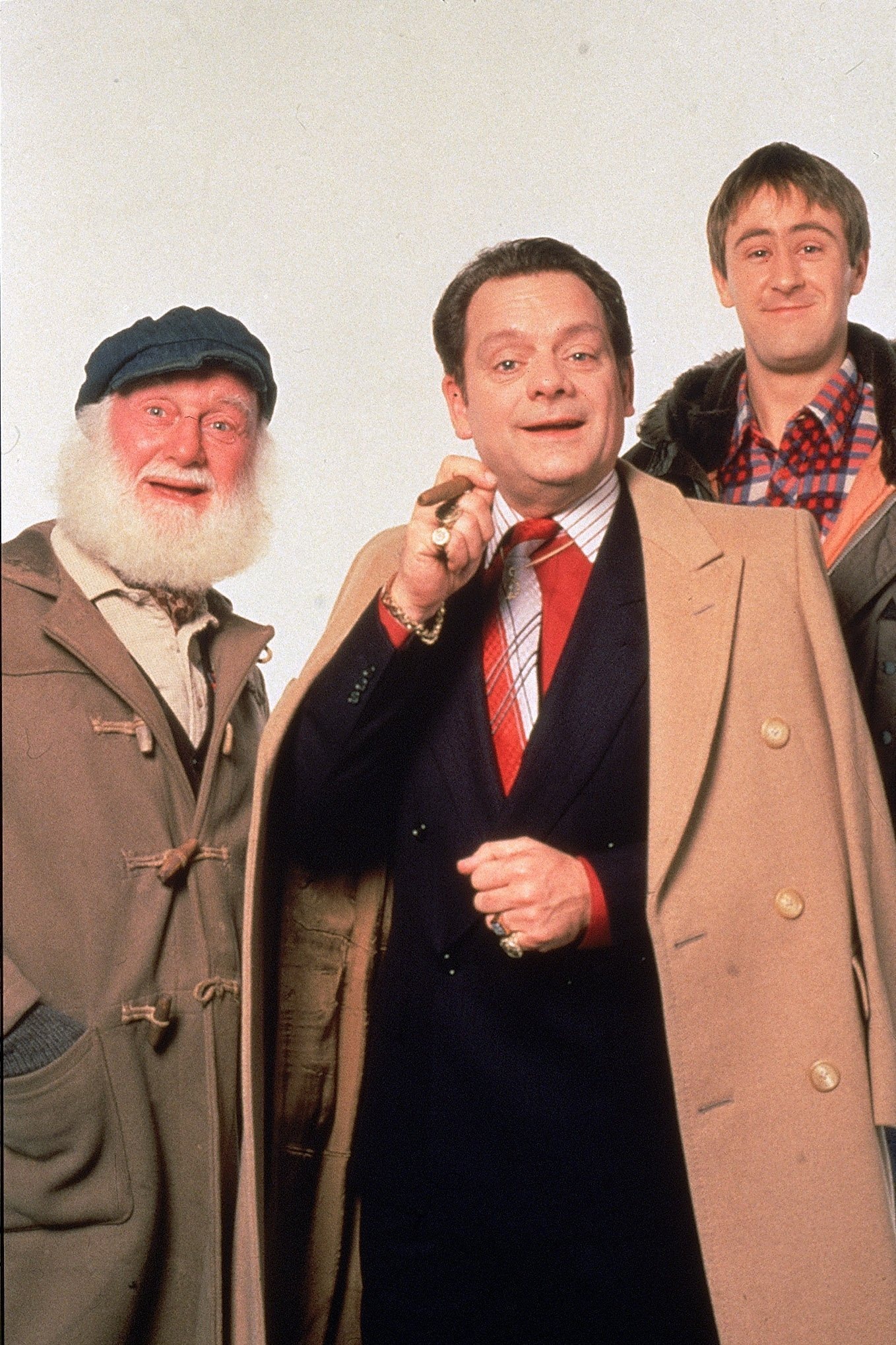 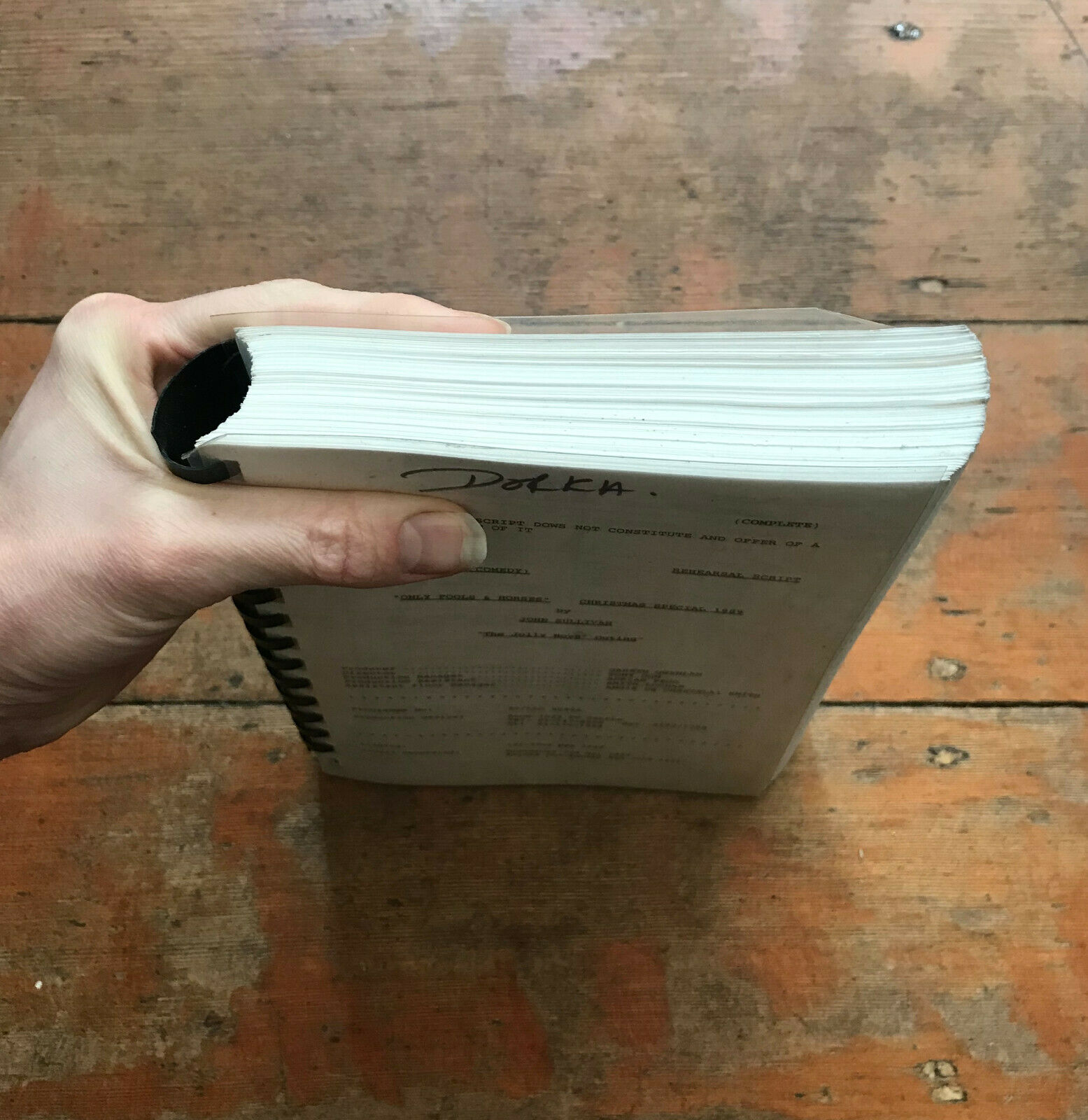 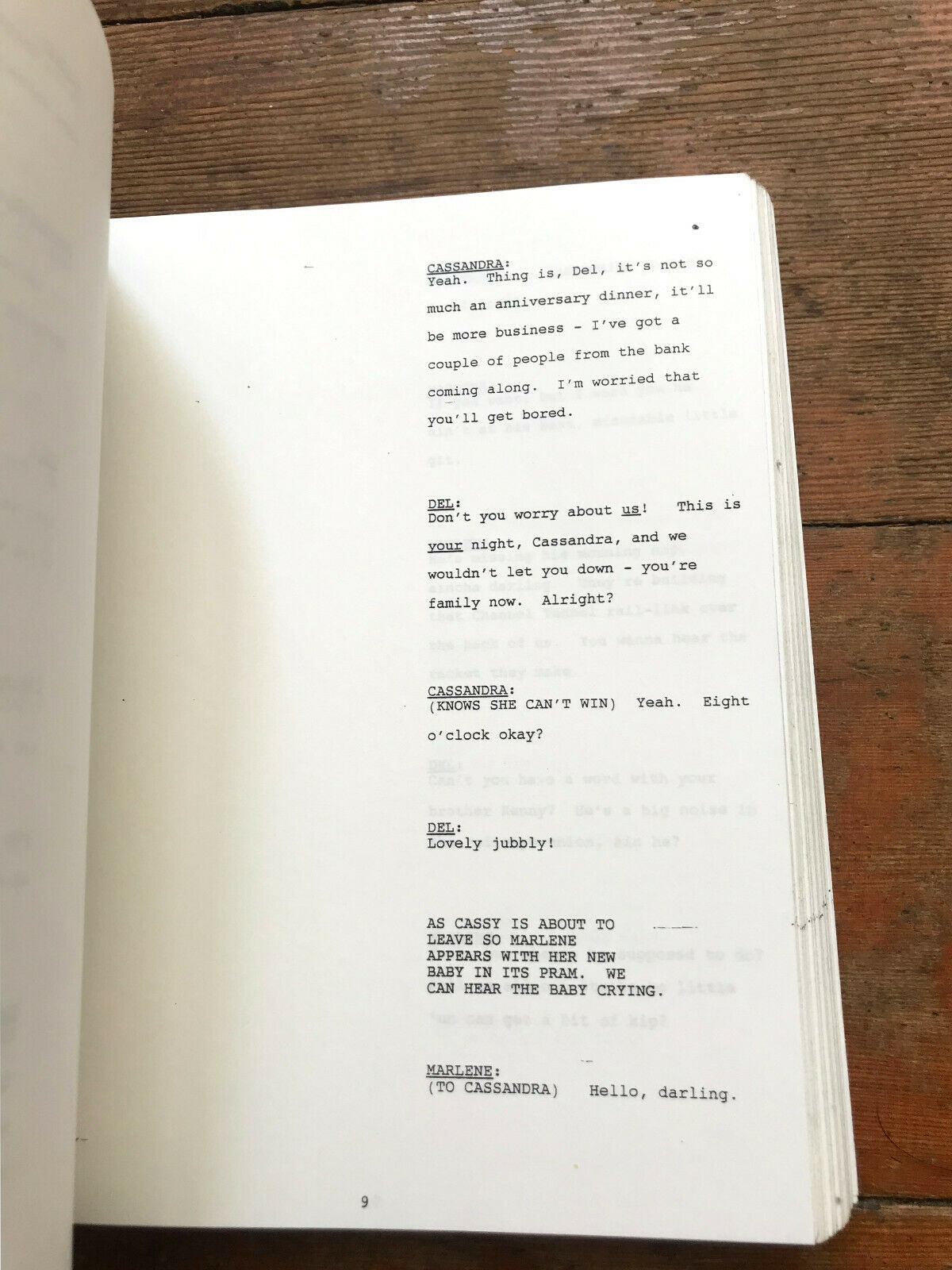 "I don't know whether she signed this herself. It does look like her writing, but it could have been someone in production who wrote her name on it."

Bids have been coming in thick and fast already, with 50 bids taking the price up to a staggering £1,900 so far.

Only Fools And Horses fans desperate to get their hands on the script will have to keep bidding until next Wednesday when the auction closes.

John Challis, who played car dealer Boycie in the BBC comedy, took to Twitter to joke in character about not keeping his scripts. 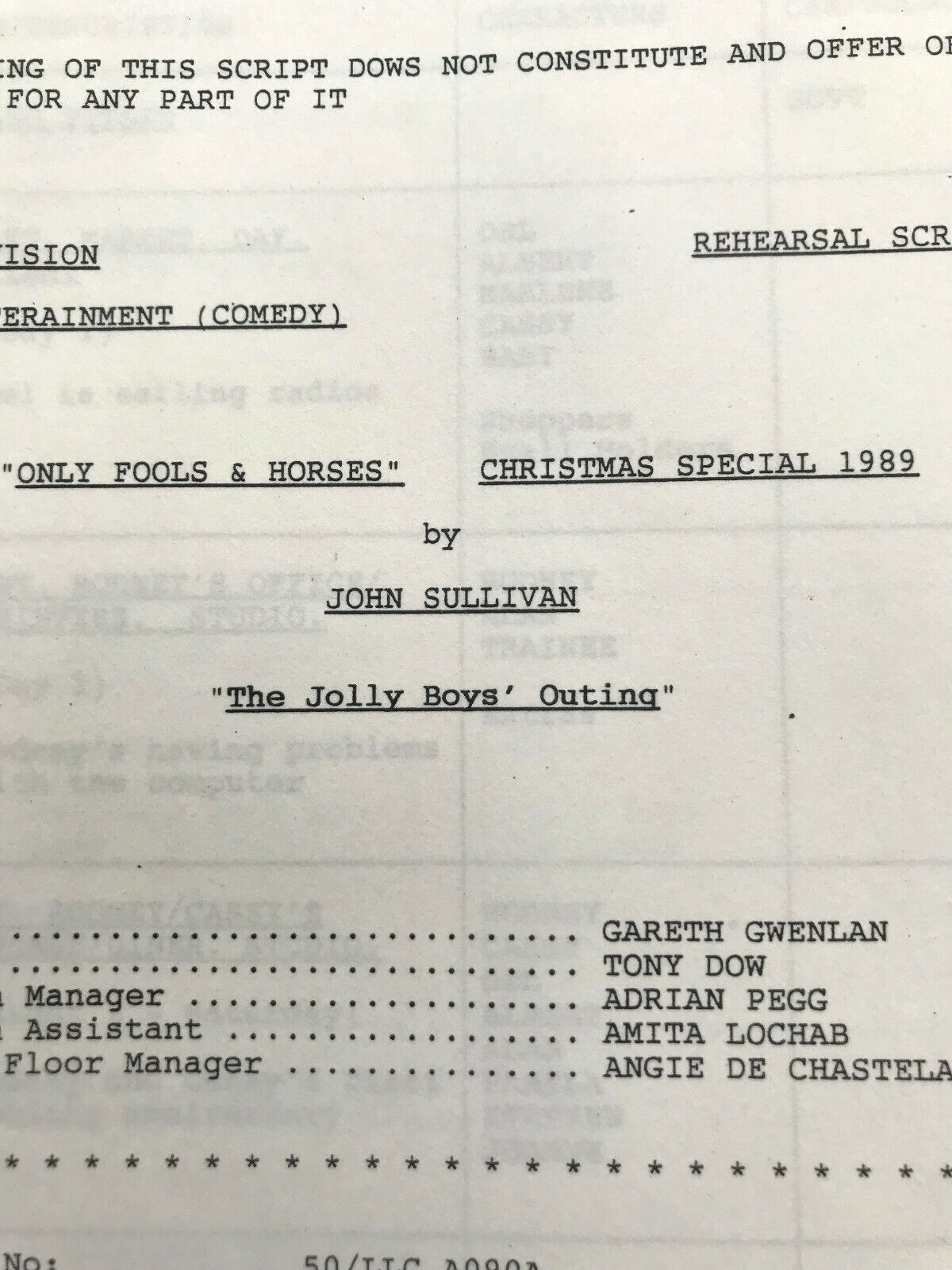 He wrote to his fans: "Crikey. Wish I'd kept all my scripts."

The episode aired on Christmas Day in 1989, but was set on a sunny August bank holiday weekend.