Our Girl on BBC One initially cast Eastenders star Lacey Turner as the main character Molly Dawes. Turner left the role after the first series and was replaced by Coronation Street star Michelle Keegan as the new lead, Lance Corporal Georgie Lane. Here is everything you need to know about Keegan in the new series.

In January last year, it was confirmed by the BBC Keegan would return for a six-part series four.

The video is a short teaser for the new series which shows Georgie’s grandmother burning her head on a hair straightener.

The clip focuses on Georgie’s wedding preparations and fans are already excited to see her back on screens. 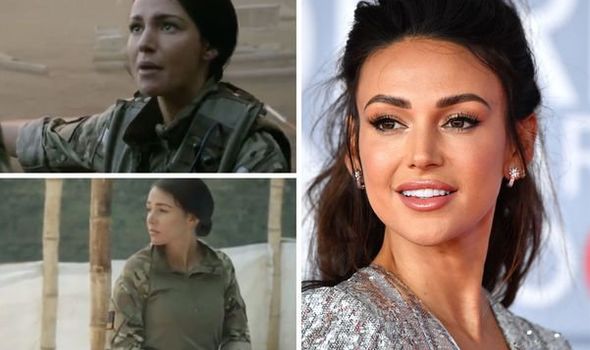 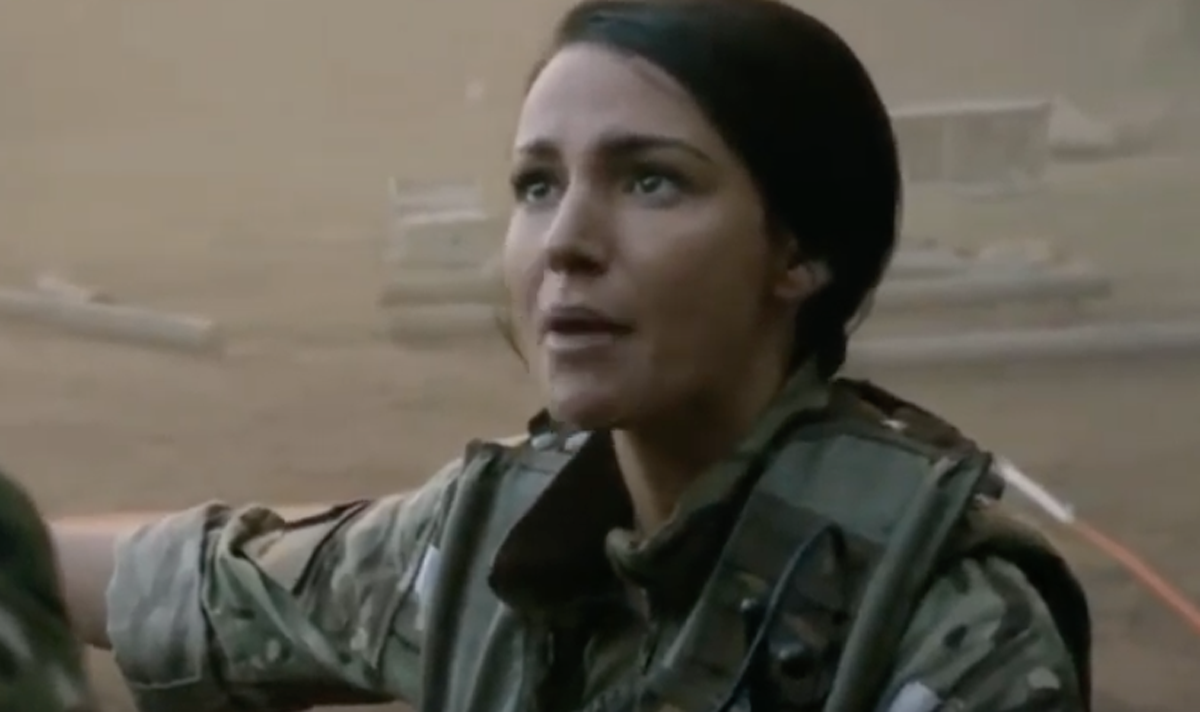 Keegan revealed series four will be her last on the show as Georgie Lane but it is not known whether the show will carry on for a series five without her.

She made the announcement back in January but with the new teaser dropping, fans were curious to know more about her decision.

The six-part series four will take place a year on from 2 Section’s last tour in Bangladesh.

At the time of the series four announcement Keegan said: “Being in Our Girl has been one of the highlights of my career so far.

“I feel very lucky to be part of the show and I’m really excited that it’s coming back. The audience response has been so positive and I think Georgie is a character who resonates with viewers.

“I absolutely love playing the role. Be prepared for another incredible series – Georgie’s still got unfinished business.” 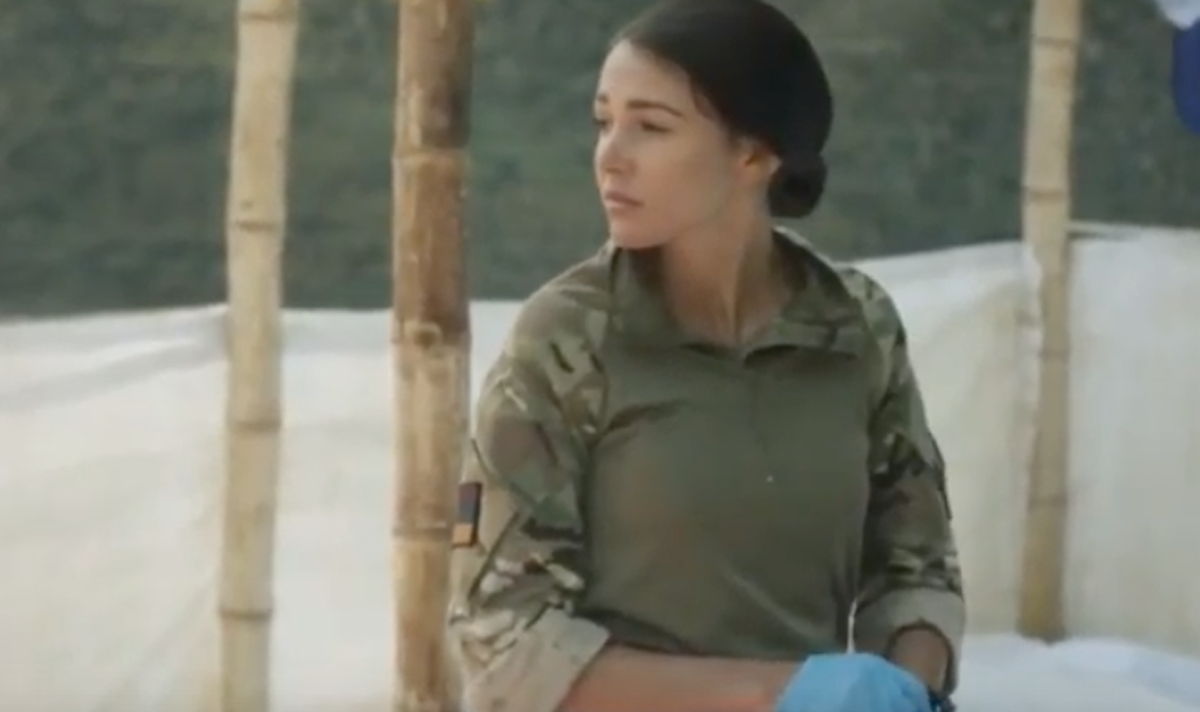 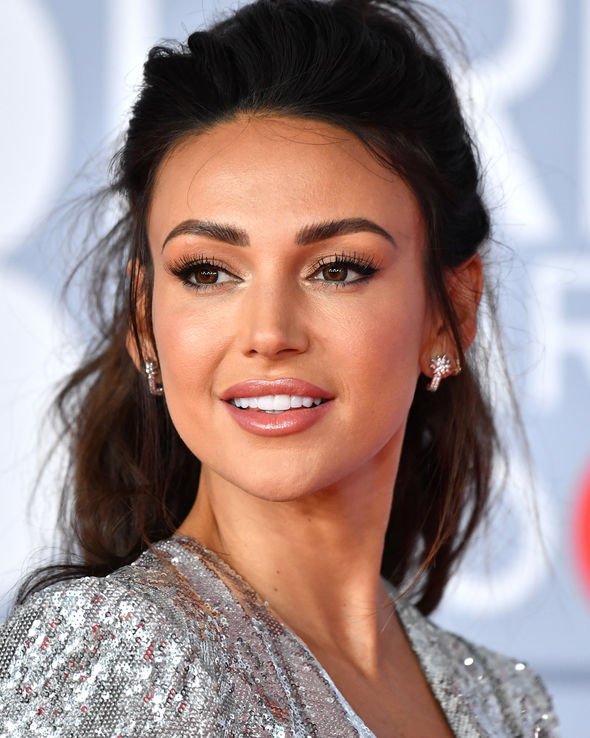 The BBC announced filming for the new series will take place in South Africa and will take four months.

This indicates the new series is not likely to drop until September time, so fans have a little while to wait.

Keegan has lead the show for four years and she said she was looking forward to exploring new opportunities.

In a statement, she told the BBC: “I feel it is the right time to explore other exciting opportunities but I’m so happy to be part of the new series coming soon so it’s not the end just yet.”

DON’T MISS…
Doctor Who plot hole: The Master star exposes huge inconsistency [INTERVIEW]
Doctor Who season 12 finale: Who is Brendan – and is he the Doctor? [FAN DISCUSSION]
Last Tango in Halifax season 5 location: Where is the series filmed? [INSIGHT]

Judging by her filmography it does not look like she is working on any new projects at the moment.

Her last job was taking the main role of Erin in the film Brassic last year, but that is not to say she does not have anything else in the pipeline.

The Metro reported she has become the bookies favourite to join the cast of Strictly Come Dancing 2020 now she has some free time on her hands.

Her husband Mark Wright has already said his wife has too much anxiety to perform on a show like Strictly, after he took part in 2014.

But this was some time ago and there is a chance she may have plucked up the courage to put her dancing shoes on.

Taking the lead role in Our Girl means she is very much used to the spotlight and fans would be delighted to see her in the dance competition.

The synopsis for series four says: “A positive Georgie is making leaps in her career, having been promoted to Sergeant, and now training a new bunch of medics.

“Happily living back in Manchester with her family, Georgie is insistent to her friends in 2 Section that she’s happy settled in her new job and will not be joining them on their upcoming deployment to Afghanistan, no matter how much they want her to.

“However, when a night on the town results in a near-fatal incident, she can’t deny that the painful memories of losing the love of her life, Elvis, to a Taliban attack, is the real reason she doesn’t want to go back.

“Georgie realises that she needs to return to Afghanistan to face her own fears.”

Our Girl will be returning to BBC One later this year