Outlander viewers were on the edge of their seats when Claire Fraser (played by Caitriona Balfe) travelled back in time to reunite with Jamie Fraser (Sam Heughan) back in season three. However, when the pair finally arrived in America in series four, she was instantly taken aback by the constant use of slaves. Obviously these scenes were set in a time where slavery was still legal in America, so she should have expected to see examples of slavery during her visit.

Despite this, the episodes which featured the slavery subplot spent quite a lot of time showing Claire lashing out about the buying and selling of human beings.

Unfortunately, as to not disrupt the flow of time, Claire’s hands were tied, and she could not intervene with how the country worked.

This issue also came up again when Brianna Fraser (Sophie Skelton) arrived in the country to track down her parents.

Now, fans have spoken out about how these issues were brushed aside during season four, and have not been reintroduced since. 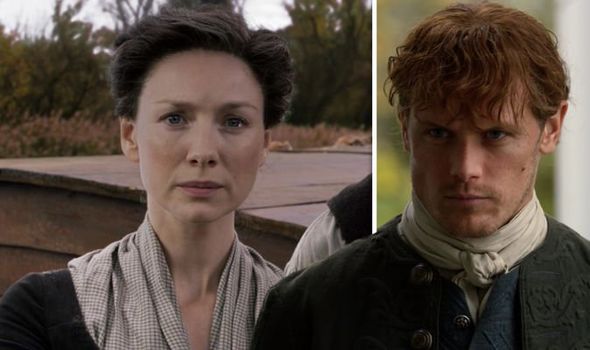 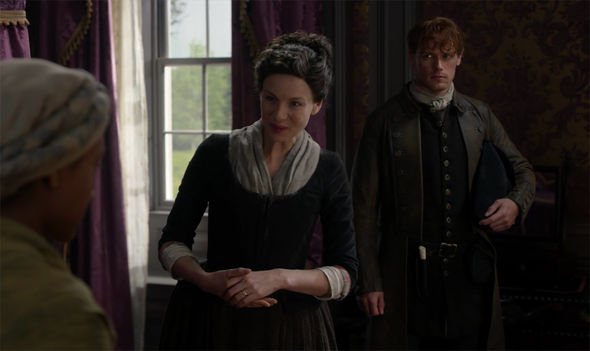 They wrote: “Just finished season four and I can’t get over how suddenly, everybody seems to have made their peace with slavery?

“Beginning of the season Jamie and Claire make such a big hairy deal out of their moral indignity over slavery, yet Bree goes to River Run and is just all oh-isn’t-it-great-I’ve-got-another-set-of-servants?”

They continued by criticising the characters Brianna and Claire for not speaking out once again on the issue, adding: “I understand that they were desperate for a place to put her while they make their ridiculous run to Upstate NY (what is this? Smokey and the Bandit?) so beggars and choosers… 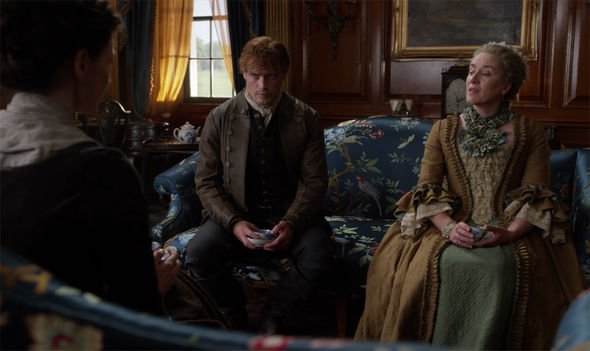 “And it led to a lot of interesting developments — I liked the scenes there… but, why did Bree not feel the same loathing as Claire?

“They’re both 20th Century women? For that matter, you would think Bree, who was raised in Boston, would find slavery even more distasteful? Yet, she stared out the same window at the slaves working and was quite nonplussed.”

With this in mind, however, other viewers did hit back with some logical retorts regarding Claire and Brianna’s reaction.

They responded: “What can Bree actually do about it though?

“She is a vulnerable young woman, pregnant, potentially going to be a single mother in a dangerous time… she doesn’t want to be at River Run, but she had nowhere else to go. Bree doesn’t want Phaedre waiting on her.

“Shows with a limited number of episodes can’t afford to repeat things over and over. They showed Claire’s very vocal reaction to slavery, but show Bree isn’t like Claire.

“Bree did what she could in small moments, but she can’t exactly try to abolish slavery herself as a woman in this time.”

Fans may still see more continuations of this storyline in the future, but until then, they may still have issues with how the show progresses.

She explained: “Someone said to me… they tweeted me, they were like: ‘You know that the way you give birth in book five [The Fiery Cross] is post-coital?’ and I was like ‘What the f**k are you talking about?’

“They tried to tell me that we have sex and immediately I give birth straight away after that, and I was like ‘That’ll be awful!’”