Outlander season five has spent a lot of time focussing on Claire Fraser (played by Caitriona Balfe) and Jamie Fraser’s (Sam Heughan) relationship and life together. Now Fraser’s Ridge is a well-established community, the pair have been getting involved in a number of different activities, with them both helping people out at all times. However, one huge aspect of Claire’s life is due to make an appearance at some point in the Starz series.

Claire, as fans know, has the supernatural power to travel through time with the help of magical stones.

This aspect of her life has not been spoken about too much recently in Outlander season five, as Claire is trying to help keep the community safe and healthy.

However, this past episode saw Claire getting even closer with Marsali (Lauren Lyle).

She showed off a cadaver before explaining she was going to begin working on creating penicillin for the health of the community. 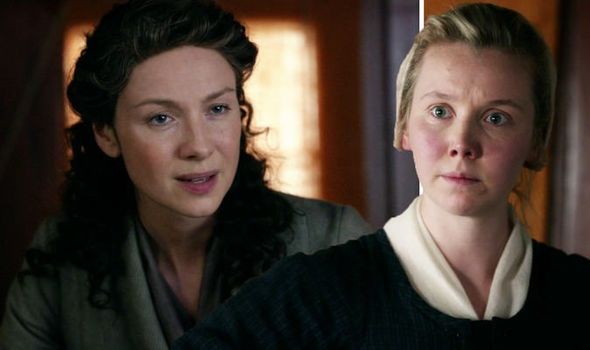 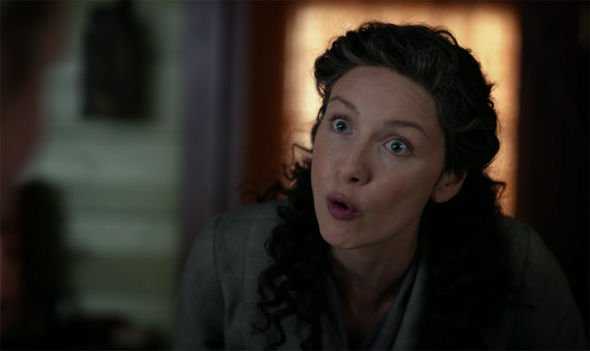 Previously, Claire had told Marsali she would be her apprentice and become a doctor for the community.

Because of this, the pair have gotten quite close – but fans think if Claire would tell her the truth about the time she’s from, Marsali may change her mind.

Reddit user lucieeatsbrains said: “So does anyone think Claire will eventually have to tell Marsali that she’s from the future? Cause I’m getting those hints!”

Fans of the show agreed with this sentiment, as one replied: “I think it would make sense to have Claire eventually tell Marsali about her, with her new role as physician’s assistant, it seems to be hinting that way. 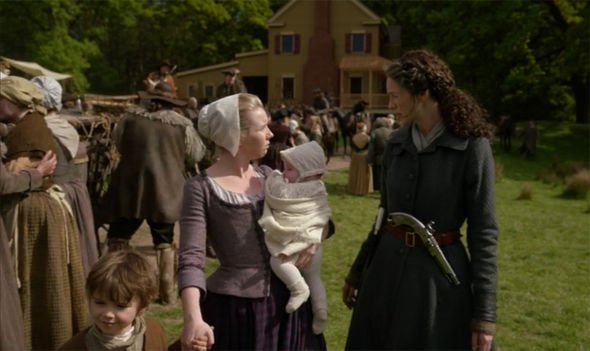 “Maybe that’s what will come out of Fergus using paper from Claire’s surgery?”

Another suggested: “I think she needs to be the next one to know. In S5E03, Marsali gets close to forcing Claire’s hand, but Claire deftly rebuffs her with the old they’re-really-advanced-in-Boston routine.

“Remember, Marsali is Laoghaire’s daughter. Witch-huntin’ is in her blood.”

If Marsali were to turn on Claire, could she then use this information against her with the community of Fraser’s Ridge behind her?

If so, fans of the show may see Claire return to her present time for her own safety.

Meanwhile, fans of the show have also been speaking out about some scenes that were missing from the books.

Outlander die-hard MelodicDragonfruit8 explained some scenes from the fourth book – The Drums of Autumn – were cut from the series.

They wrote: “Was anyone else bummed about the whole Jamie’s back seizes up randomly thing was left out of the show?

“It lent itself to at least two good bits in the books, at least in my opinion.

“I loved the part in [Drums of Autumn] where he went hunting, leaving Claire in the cabin, and she has to go search for him when he doesn’t come back. I adored that part!”

They later added: “It was a totally inconsequential thing, but I did enjoy it.”

Outlander airs on Starz in the US on Sundays and Amazon Prime in the UK on Mondays.