Outlander debuted its fifth season early last year and fans of the Starz show are glad that the popular drama has been renewed for a sixth and seventh season since then. However, there is a bit of a wait ahead as season six is scheduled to be released sometime in early 2022. In the meantime, Jamie Fraser star Sam Heughan has teased fans about what they can look forward to.

Outlander fans are immensely pleased that, what has been dubbed ‘droughtlander’, will end early next year.

The epic historical drama, based on Diana Gabaldon’s series of novels of the same name, follows Claire Randall (played by Caitriona Balfe), a married military nurse in 1945 who is transported to 1743.

The show, developed by Ronald D. Moore, first premiered in 2014, and fans have been thoroughly invested in Claire’s romance with the dashing Jamie Fraser.

Star Sam Heughan, who portrays Jamie, has spoken on the Starz YouTube channel about a possible division between Jamie and his godfather Murtagh Fraser (Duncan Lacroix). 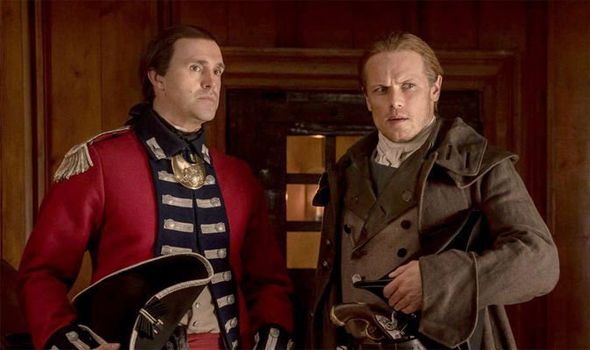 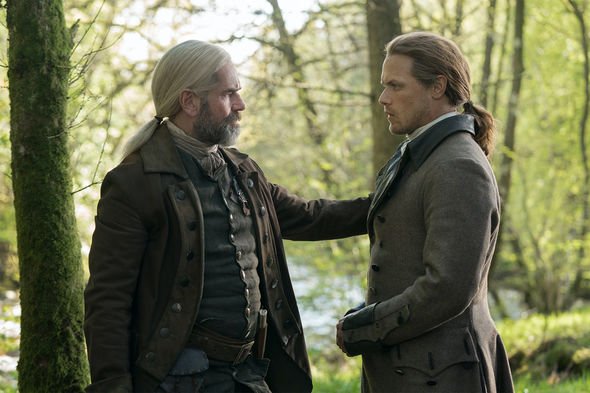 Heughan said in the video: “In the second episode of season five, Jamie has really been put into this position by Governor Tryon (Tim Downie) that he is forced to hunt and track down his godfather.

“He really is stuck between two fires,” Heughan continues.

“He obviously wants to protect the people of Fraser’s Ridge who grow the community and protect them.

“He also wants to protect his godfather.” 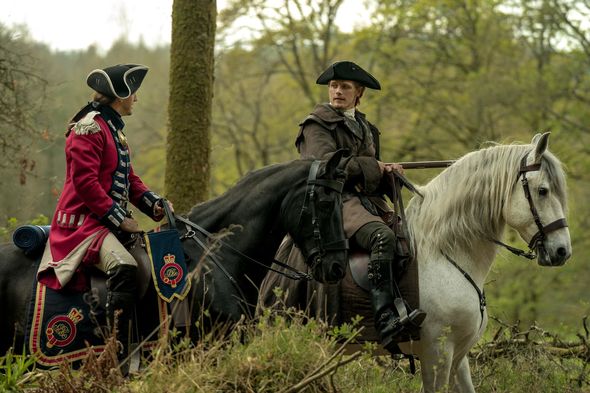 In season five, Murtagh appeared not to be too upset with Jamie coming after him, knowing he is a good man.

“He stands with his people,” he remarks to some men who want to stop Jamie by any means necessary.

Jamie and Murtagh are close friends but they have drifted along different paths over the years.

Heughan also adds that the introduction of the character Hamilton Knox (Michael D Xavier), a lieutenant charged by Tryon to hunt for Murtagh with Jamie, causes problems.

However, Heughan explains that the two men are actually very similar and manage to form “some sort of mutual appreciation and friendship”.

Though, unfortunately for fans who grew to love the intriguing character, Jamie killed Knox as he was trying to get Murtagh to come out of hiding and he learns that Murtagh is Jamie’s godfather.

To cover up what he has done, Jamie then sets fire to Knox’s room to make it seem like the lieutenant had died from smoke inhalation.

How will Jamie cope going forward knowing he has murdered a decent man?

Murtagh is still being hunted and this storyline will, undoubtedly, be explored further in season six.

Tryon is desperate to make an example out of Jamie’s godfather but Heughan’s character is conflicted.

Will it be revealed that Jamie killed Knox in season six?

If it is, then Jamie would be labelled a traitor and sentenced to death.

No matter what happens in season six, Jamie’s betrayal is bound to affect him immensely.

Outlander is available to watch on Starz and Amazon Prime Video, and season six will be released sometime in 2022.