PIERS Morgan branded co-host Susanna Reid a "hypocrite" on today's Good Morning Britain as he furiously ranted about being fat-shamed.

On Monday's show the 54-year-old broadcaster threatened to have Andi Peters sacked after the 49-year-old stood behind a market stall of pies while promoting a GMB competition and poked fun at Piers. 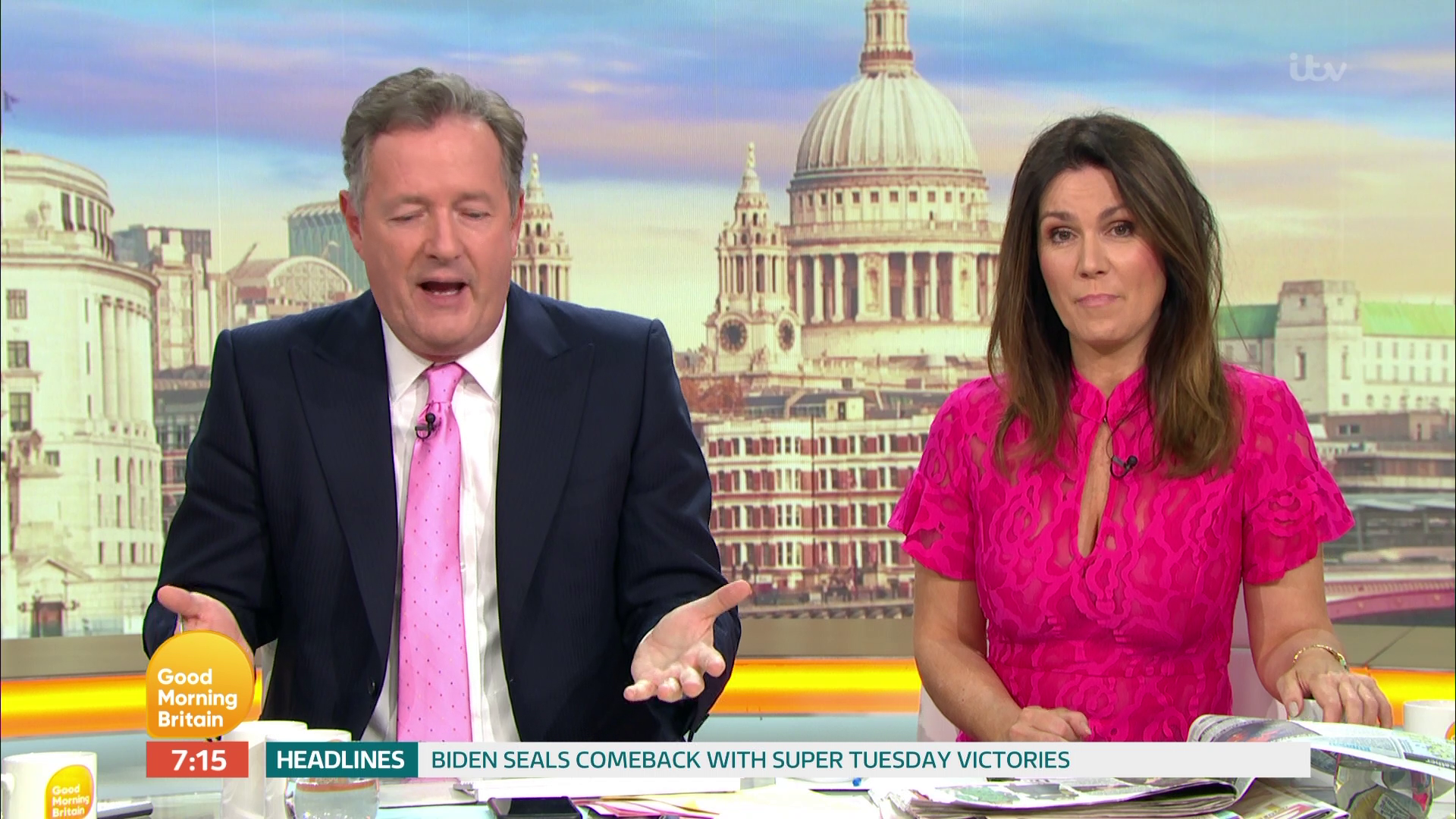 Looking towards Piers, he said: "This week is National Pie Week. We all eat about 36 pies a year. I wonder who's eaten all the pies in this studio?"

Refusing to rise to the bait, Piers remained silent. But as Andi continued reading out the details of the competition, he asked the cameraman to focus on Piers.

Then Morgan threatened to have Andi sacked after accusing him of "fat-shaming".

And Piers didn't seem over the furore as he targeted Susanna today claiming she didn't stand up for him when Andi playfully teased him. 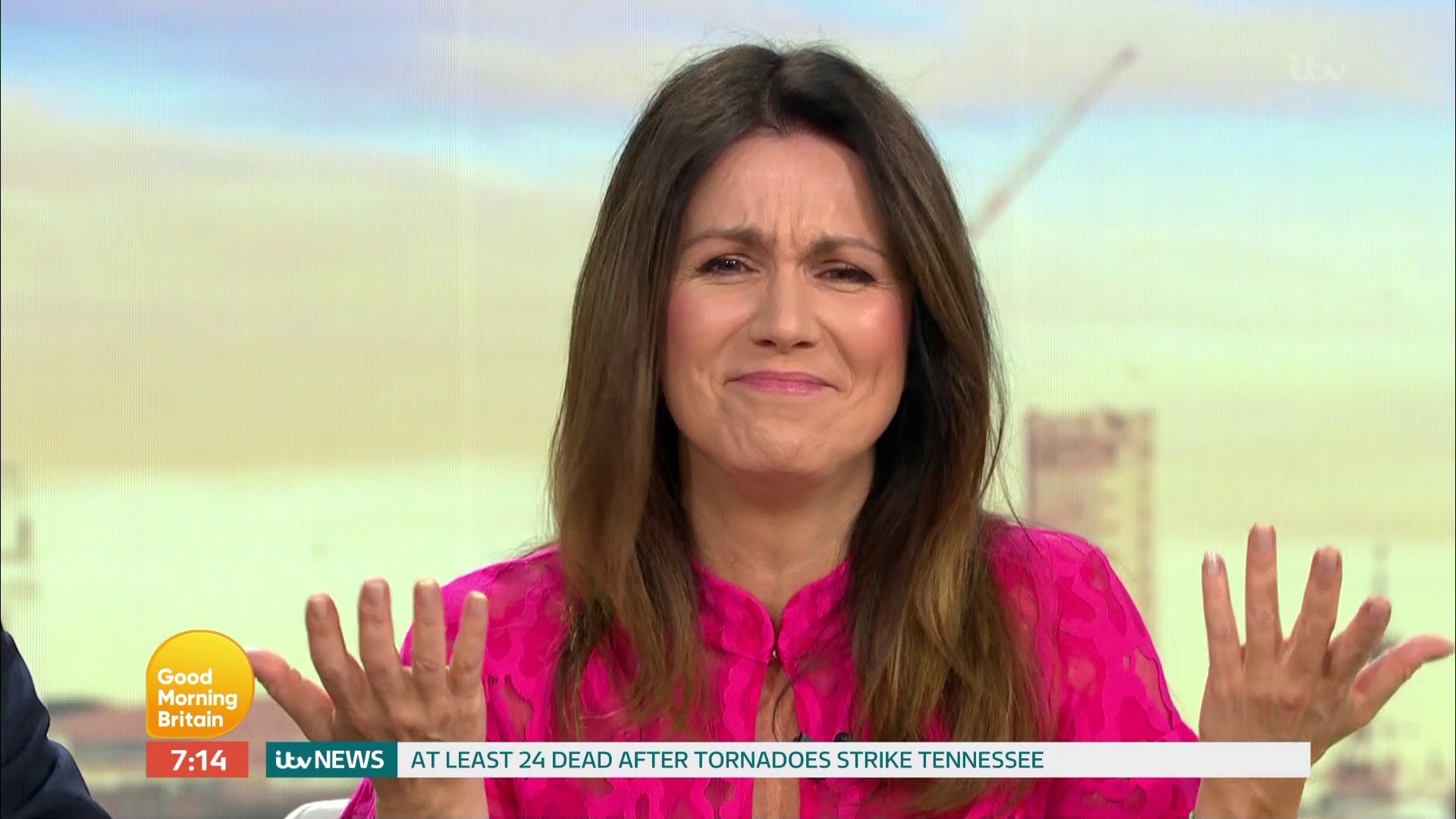 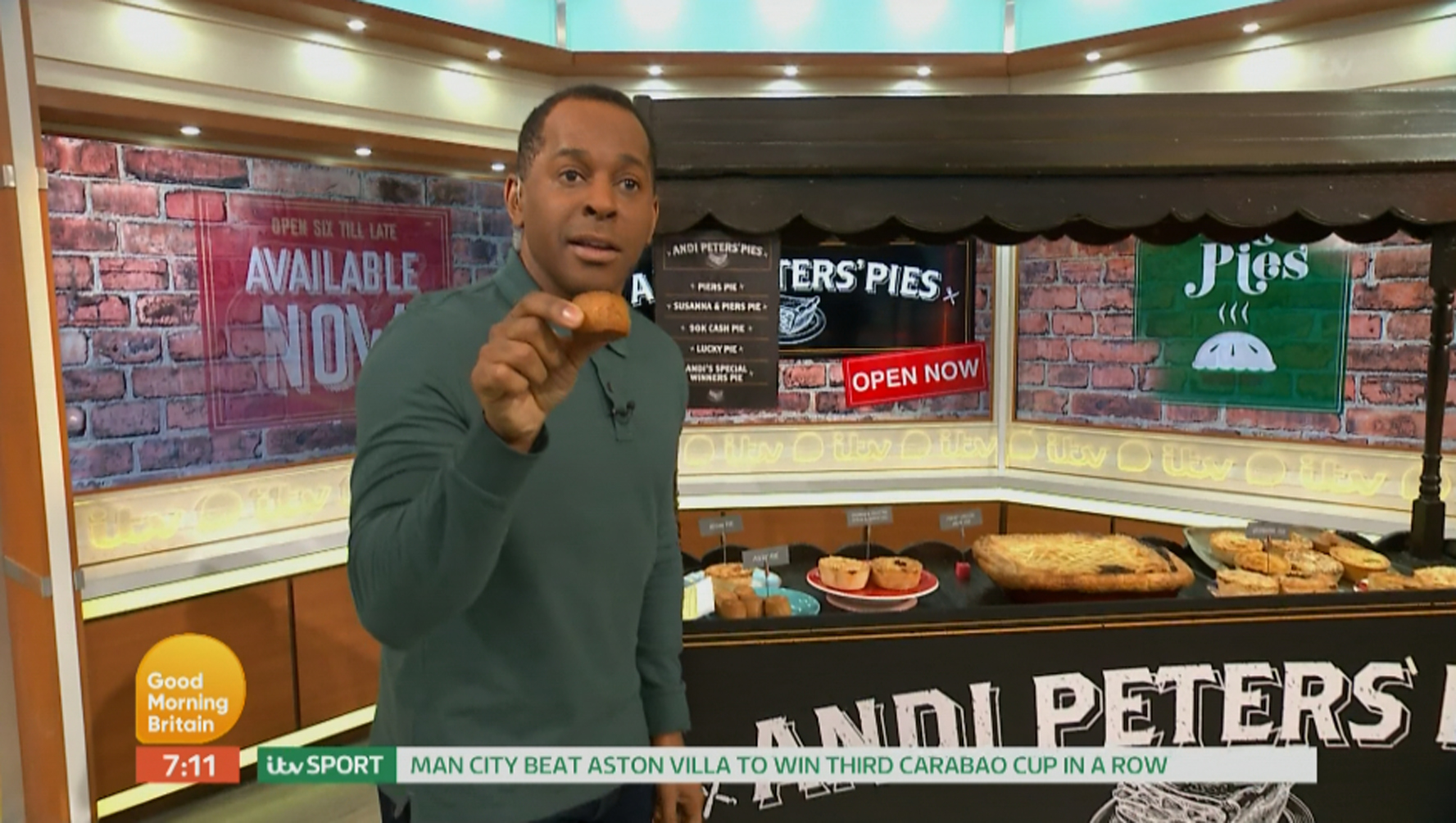 "You didn't say that yesterday when Andi Peters was fat-shaming me," he claimed. To which Susanna replied: "Exactly because he was giving you a taste of your own medicine."

Piers ranted as emotive violin-led music began: "No one cares when it's aimed at me and I become the victim. Can we not turn everything into mental health? Not everything is a mental health crisis."

While Susanna protested she asked her co-host if he wanted compassion while trying to diffuse the situation. 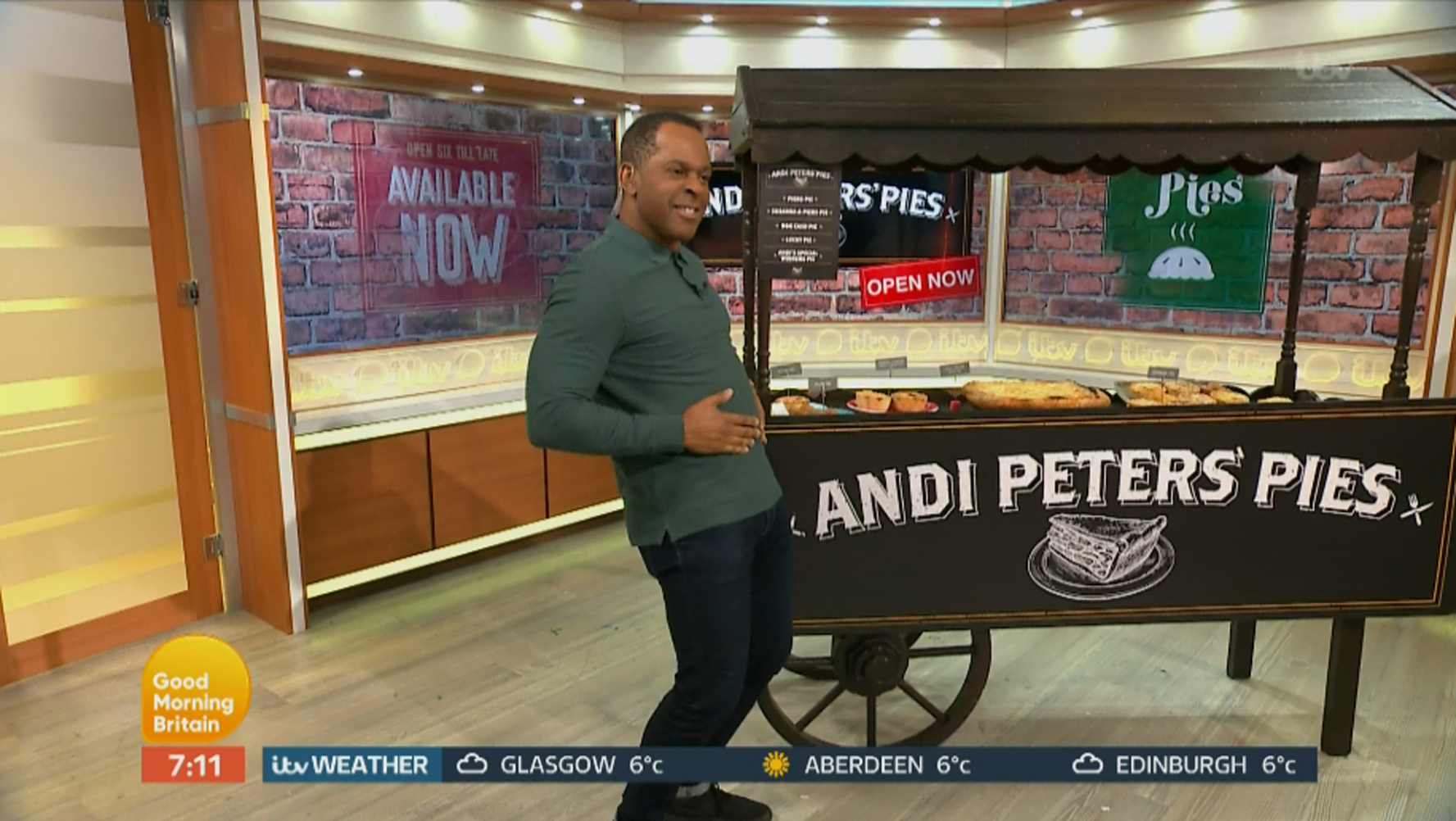 "I'm confused," she asked. "Do you want people to feel sorry for you? Do you want me to feel compassion towards you or not?"

Yet, Piers insisted he was "joking" and added: "Of course not, I was joking. Obviously I don't care. I don't care what anybody says to me."

Now confused by his comments, Susanna asked: "So you're saying, 'You didn't look after me yesterday when it happened to me' and you don't mean that?"

The ITV star then turned the tables on his co-host and claimed Susanna's "hypocrisy was laid bare" when Andi fat-shamed him. 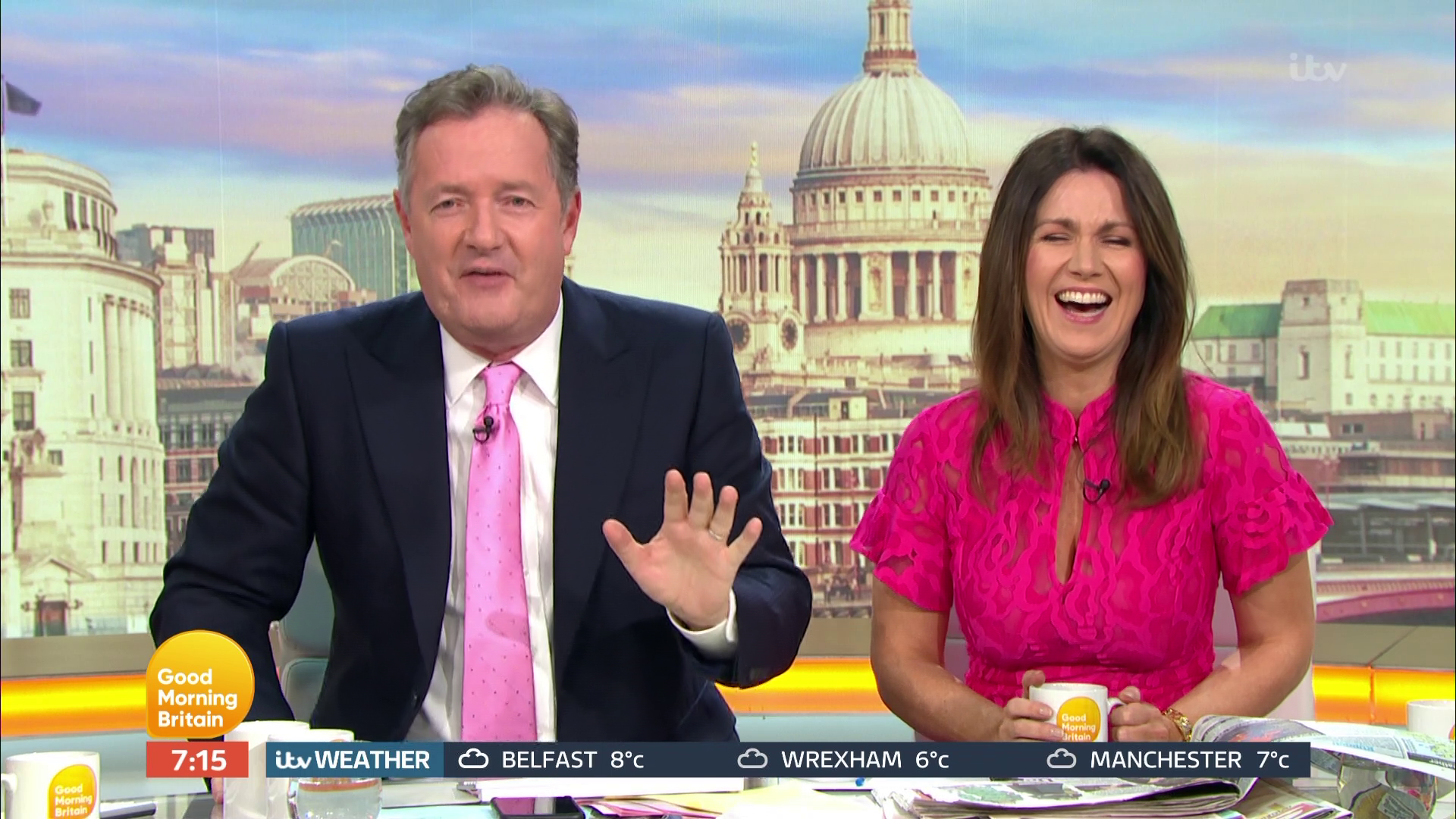 "No, your hypocrisy was laid bare because when I was being fat-shammed, you revelled in it," Piers fired back. "Now you're trying to pretend, 'it's awful isn't it? It's bad for people's mental health'.

Confusing Susanna even more, she hit back: "Now I'm saying I do care and you're saying 'don't care, I'm joking'." 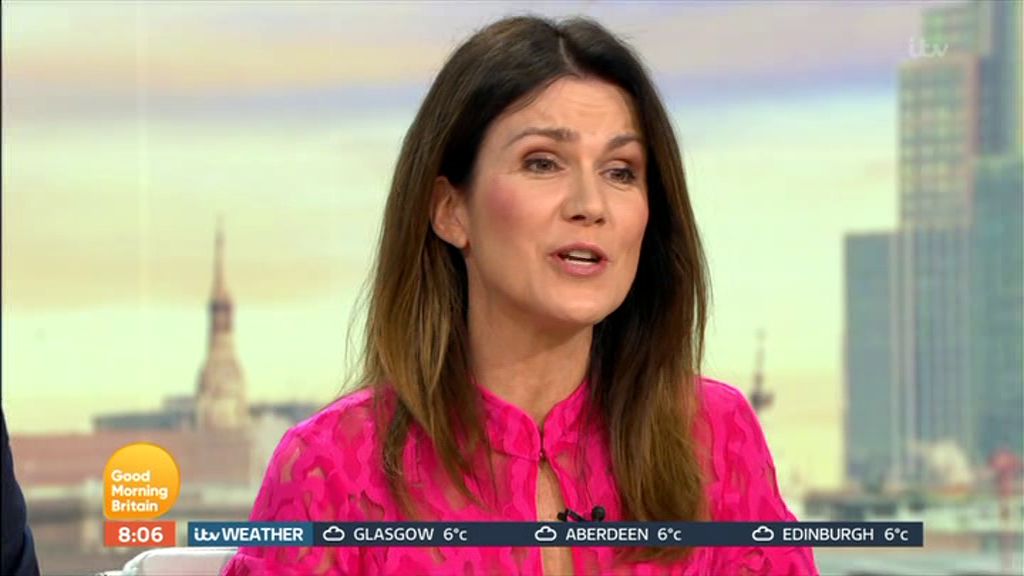 However, her line of questioning caused Piers to continue his rant even more: "You know what, when you're fat, unless you've got a thyroid problem or a medical issue which makes you overweight which is different, if you're perfectly normal but you eat too much and you drink too much and you balloon in weight, actually you need somebody to say, 'Hey chunk, lose a bit' and the idea of that it becomes a mental health crisis."

However Susanna protested that his comments weren't "helpful" and asked, "Why did you get all sensitive then about Andi?"

A sore Piers hit back: "It's a joke Susanna. What I did do was brilliantly exposed your hypocrisy about this which is you care about mental health until it's mine."

Despite the stern words, the pair laughed off the heated exchange as Susanna wrapped her arm around Piers.