PREGNANT Katherine Schwarzenegger showed off her growing baby bump while getting in some exercise and sun on Saturday.

Chris Pratt’s wife, 30, went out for a stroll around her Los Angeles neighborhood while walking her dog Maverick. 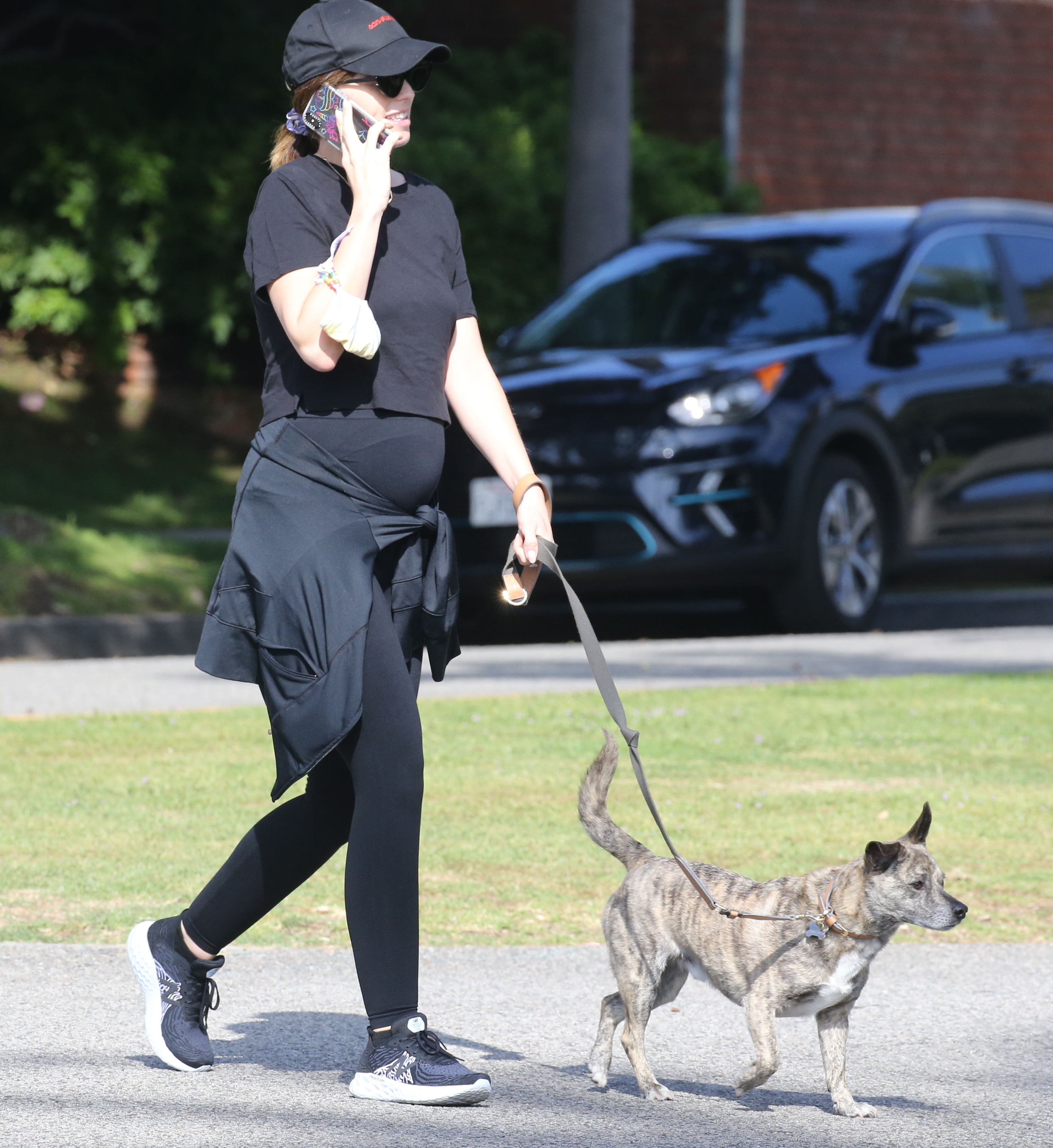 The Gift of Forgiveness author kept things casual with an all-black ensemble of leggings, a cropped T-shirt, a jacket tied around her waist, sunglasses, running shoes and a baseball hat.

Katherine’s form-fitting, high-waisted pants put her hint of a baby bump on display.

She was all smiles on the walk as she enjoyed the fresh air with her pup and chatted away on her cellphone.

It was announced last week that Katherine and Chris, 40, are expecting their first child together, after getting married last June in Montecito, California. 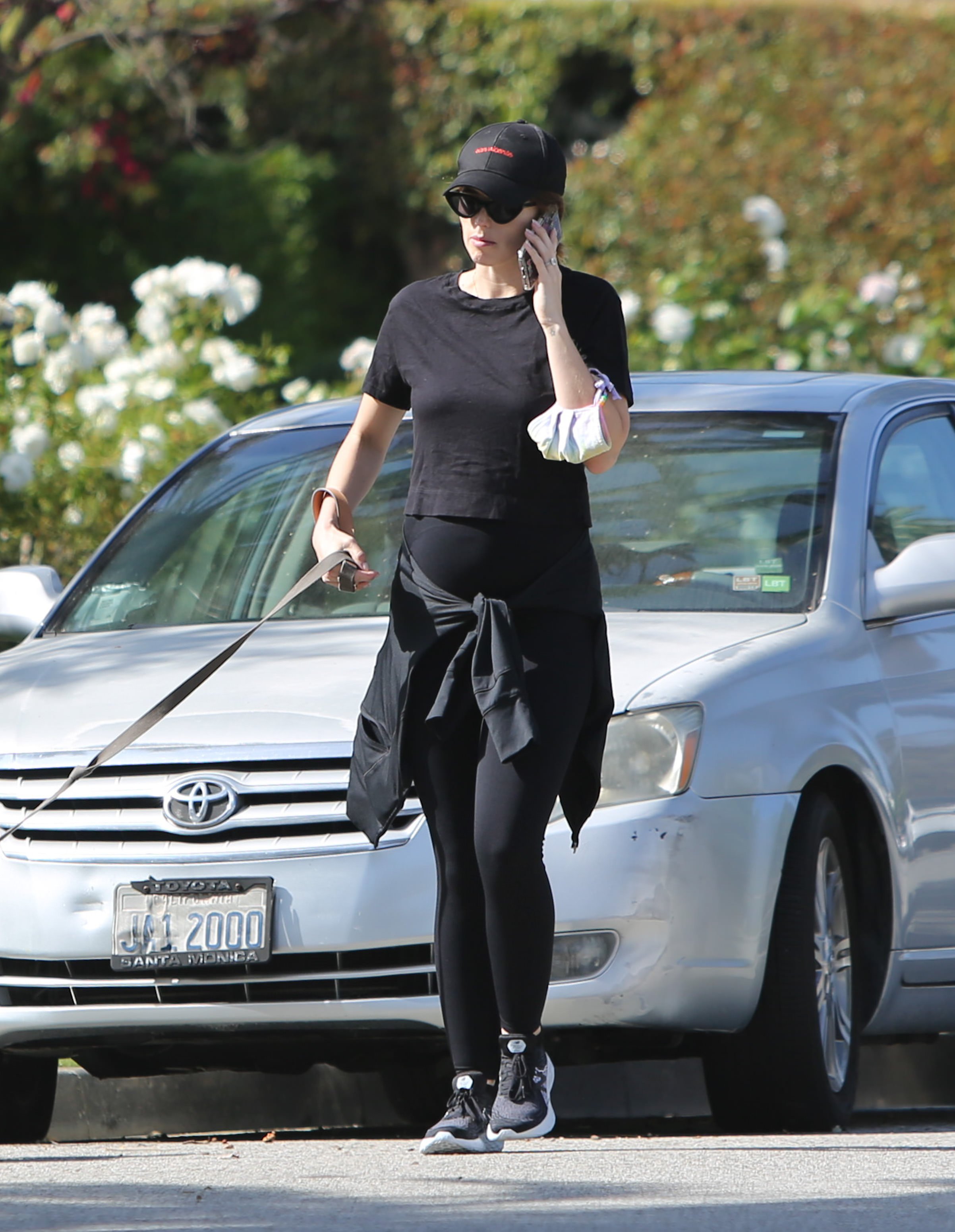 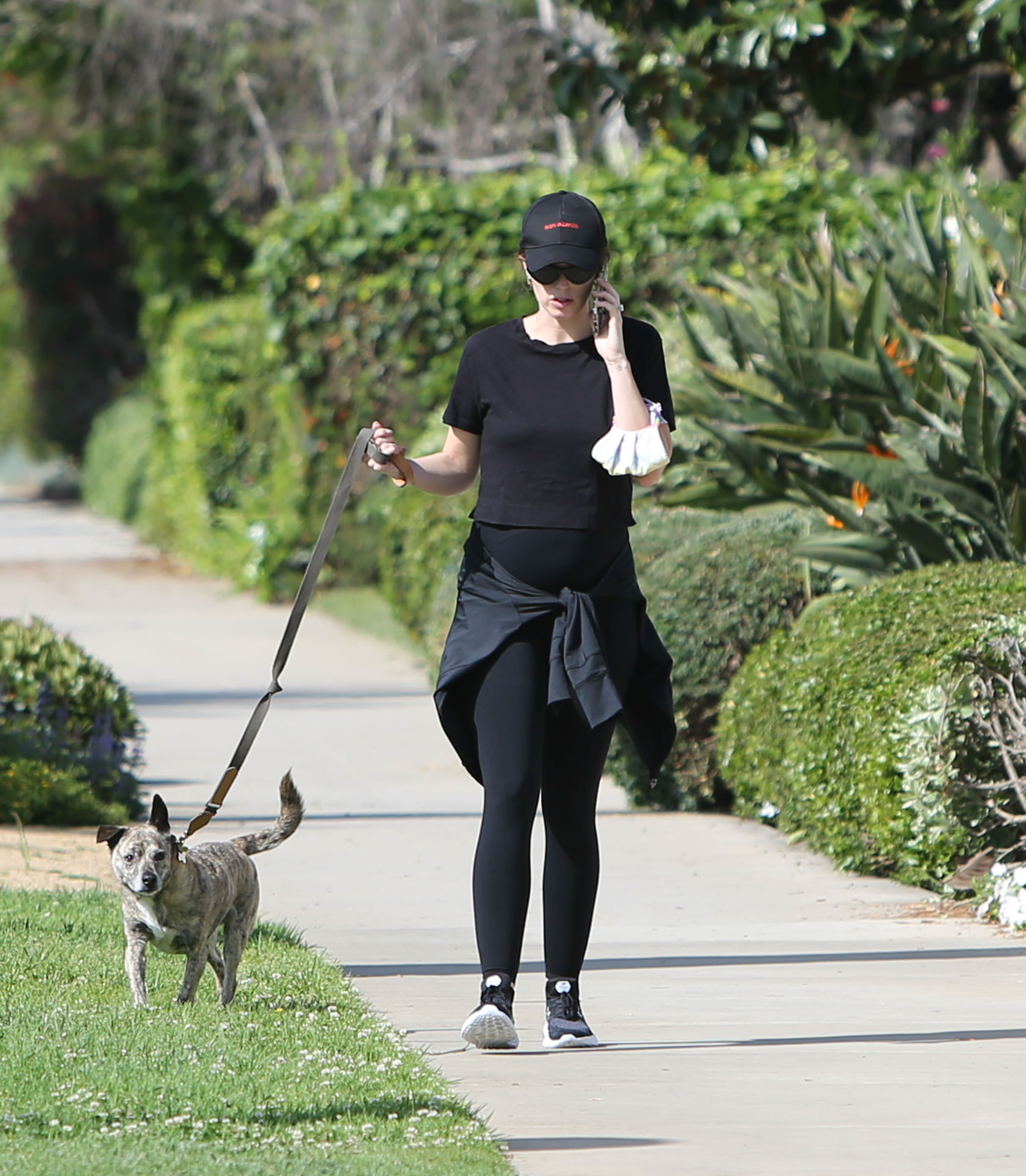 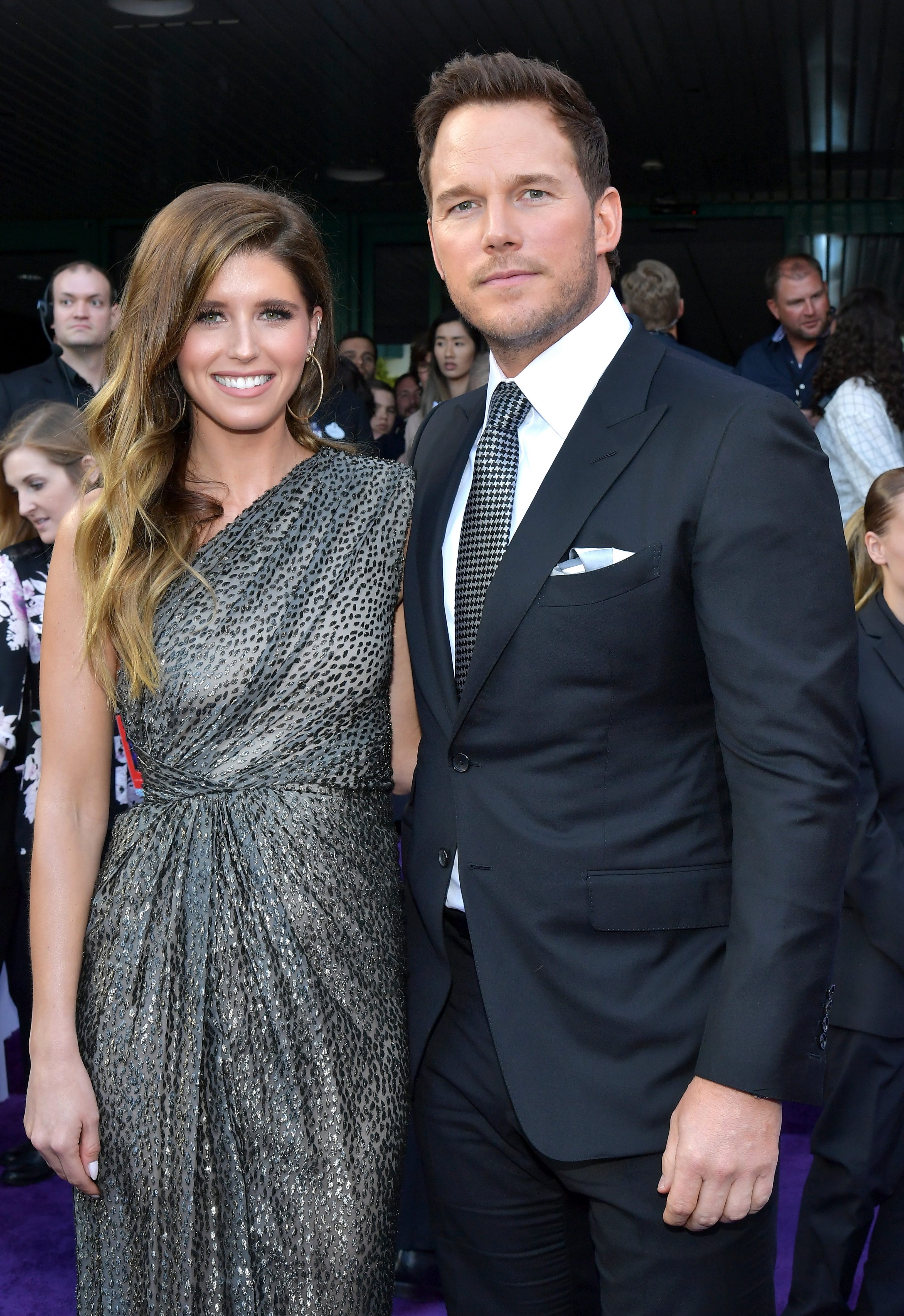 This will be her first kid and the second for the Guardians of the Galaxy actor, who shares 7-year-old son Jack with ex-wife Anna Faris.

Soon after the exciting news was revealed, the famous duo went for a joyride on their bikes, with Katherine wearing a loose white t-shirt that showed off her growing stomach when the wind brought it taut against her body.

The co-parents-to-be went back out for a bike ride the following day, this time joined by Katherine’s dad, Arnold Schwarzenegger, 72. 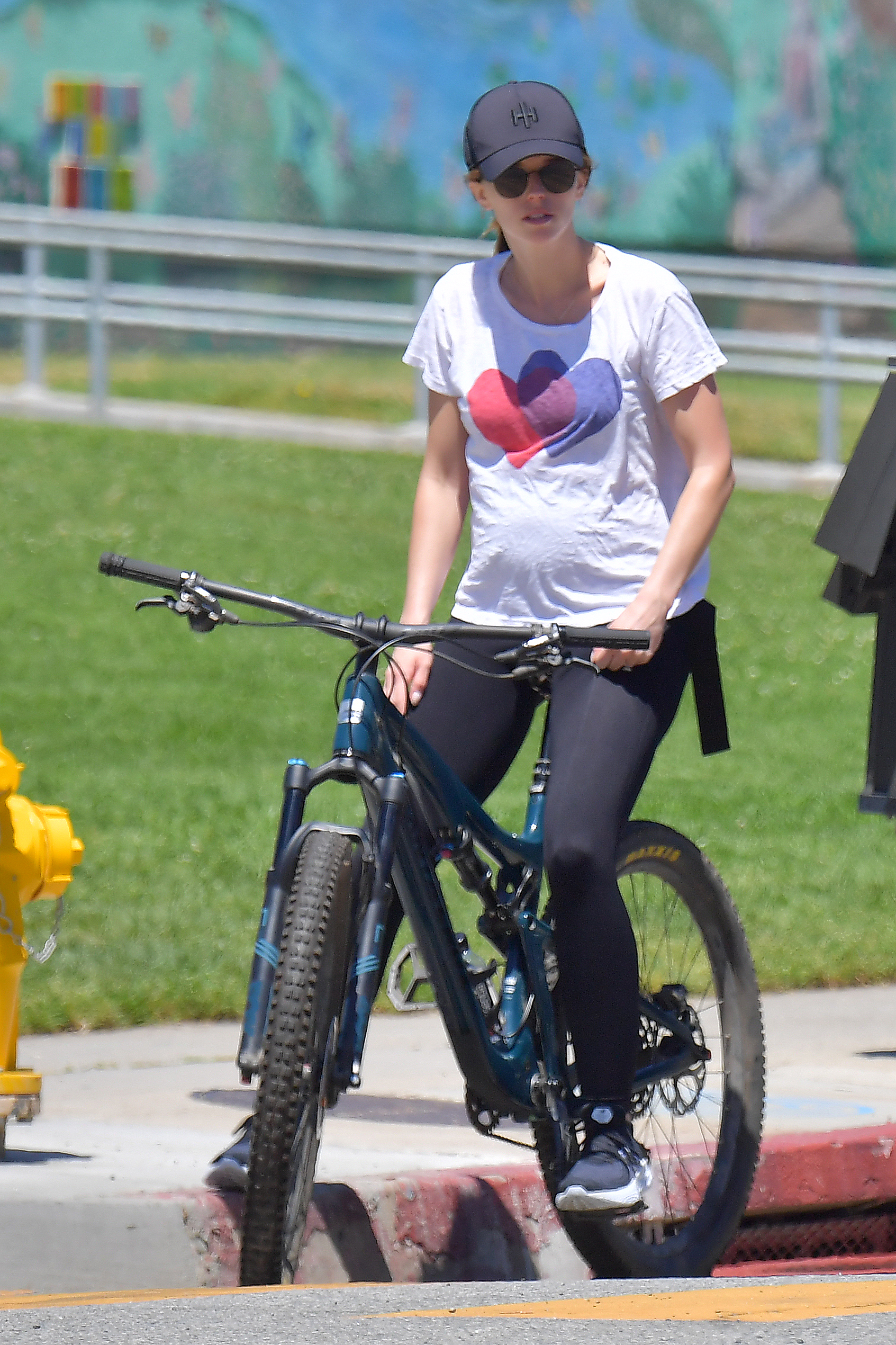 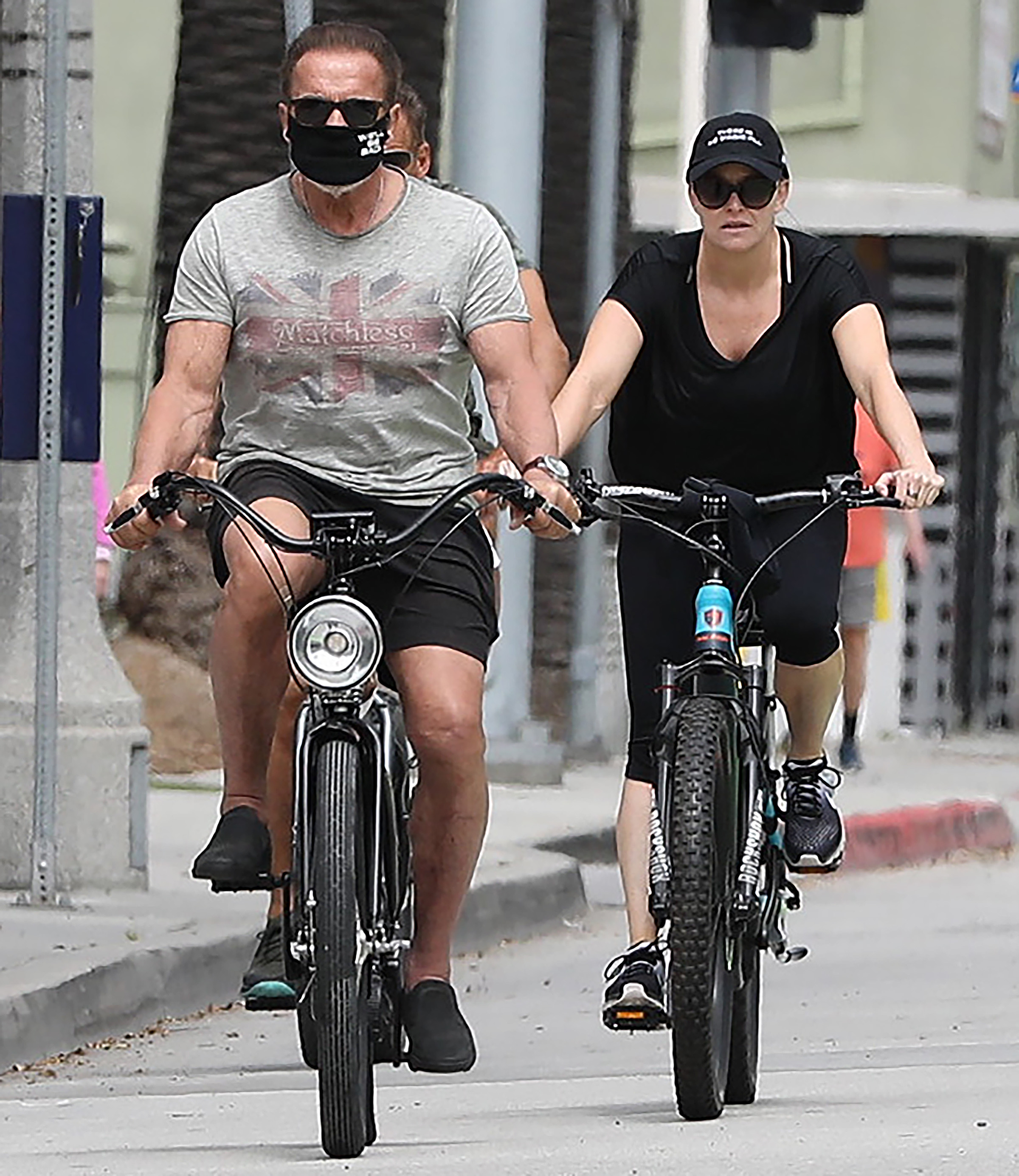 Chris and Arnold wore protective gear over their faces — the Marvel star an American flag bandana and the Terminator star a “we’ll be back” mask — during the outing.

Katherine went without a face covering during her family’s ride through the Santa Monica streets.

The author and the Parks and Recreation alum started dating in June 2018, a year after he separated from Anna. 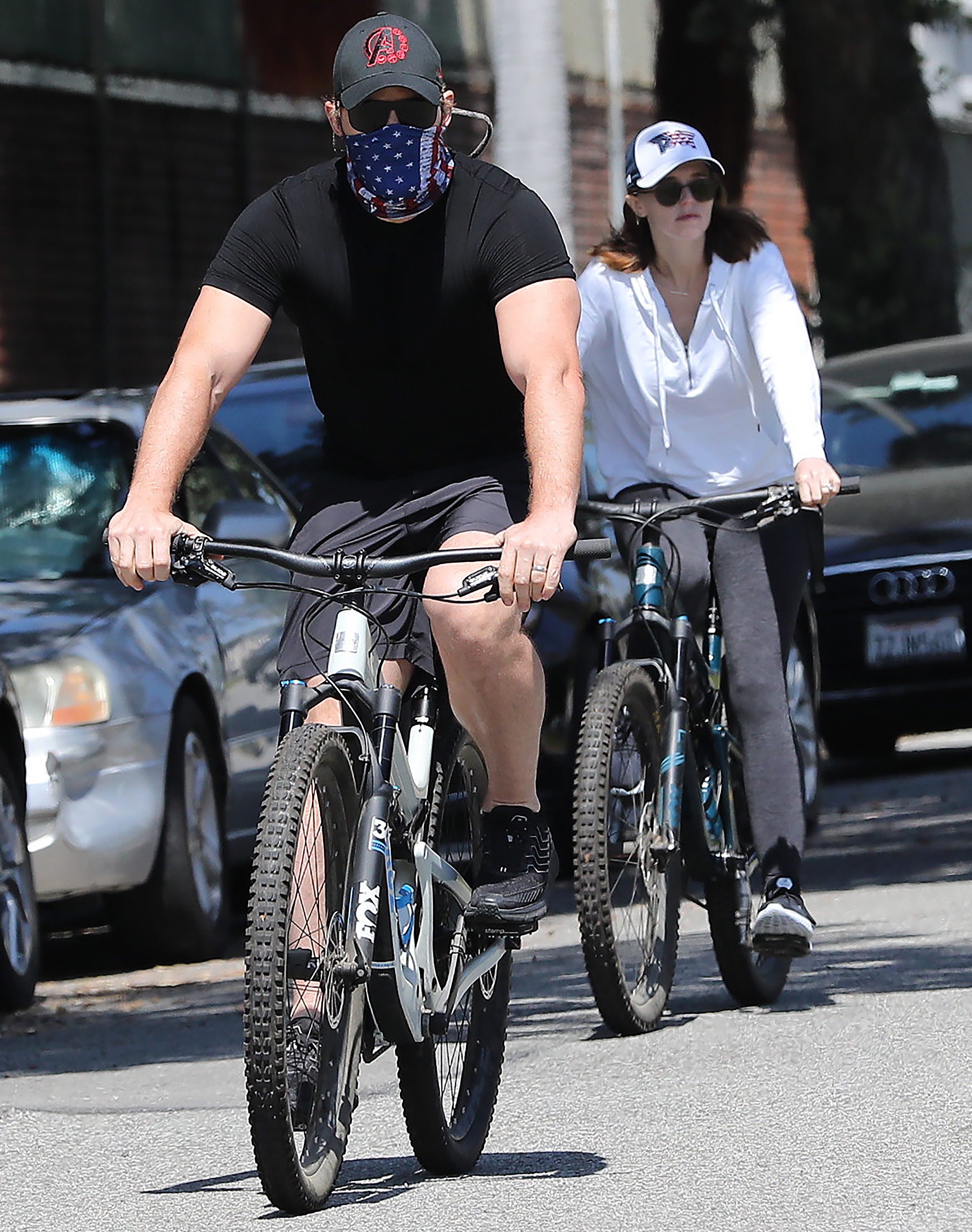 The couple got engaged just a few months later, with Chris making the announcement on his Instagram in January 2019.

The pair got married shortly after that, in June, in a private ceremony in Montecito, California.