The long-awaited mystery surrounding the death of Jughead Jones (played by Cole Sprouse) has been solved and now Riverdale has returned for its third musical episode. In season two, it was Carrie the musical and last year it was Heathers, produced by The Farm’s Evelyn Evernever (Zoé De Grand Maison). This time around though, cult classic Hedwig and the Angry Inch has taken centre stage.

Before Riverdale went on a break, fans found out Jughead had been faking his death all this time and living in the underground bunker while he figured out why the Stonewall Prep students had tried to murder him.
In The Locked Room, Jughead and girlfriend Betty Cooper (Lili Reinhart) confronted them and teacher Francis Dupont (Malcolm Stewart) about what really happened.
Dupont had actually given them the task to conduct the perfect murder so they could win the ghostwriting contract for the Baxter Brothers book franchise.
Dupont had also murdered the Stonewall Four to keep his secret of purchasing the book idea from Jughead’s grandfather Forsythe Pendleton I (Timothy Webber).
But before FP Jones (Skeet Ulrich) could arrest him, Dupont jumped out of the window, falling to his death. 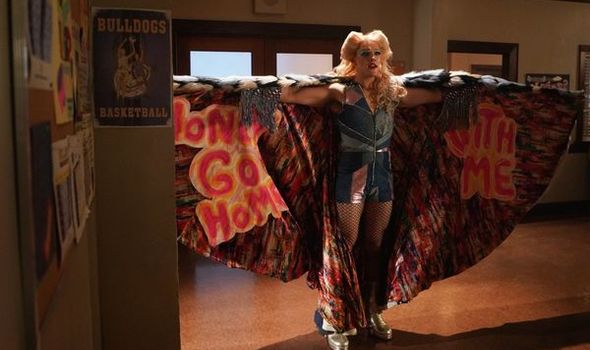 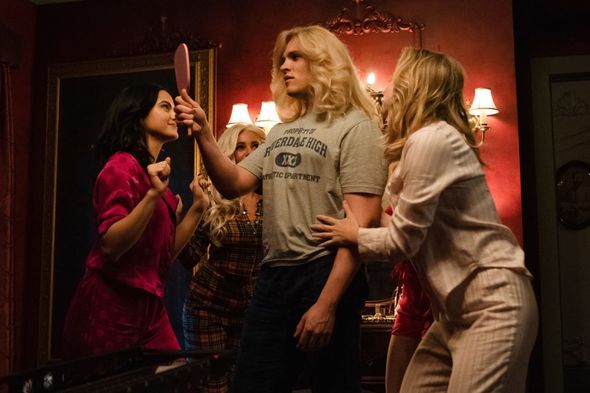 Riverdale aired its comeback episode yesterday (Wednesday, April 15) on The CW and is now available to watch on Netflix.
This instalment is the drama’s annual musical episode and the makers of Riverdale have this time decided to go with music from Hedwig and the Angry Inch which is both a Broadway musical and film.
The story is about Hansel Schmidt (John Cameron Mitchell) who becomes Hedwig, following a botched gender reassignment operation, leaving her with an “angry inch”.
Hedwig moves to the US and wants to become a rock star so the musical follows her journey to stardom. 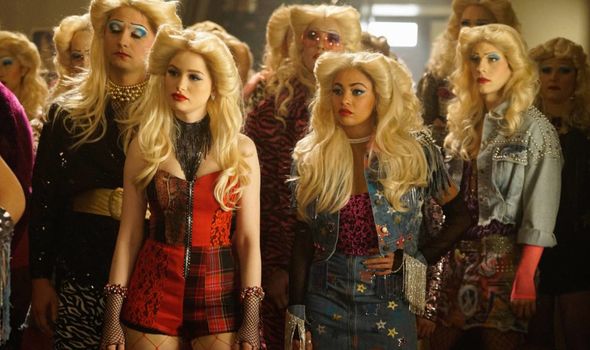 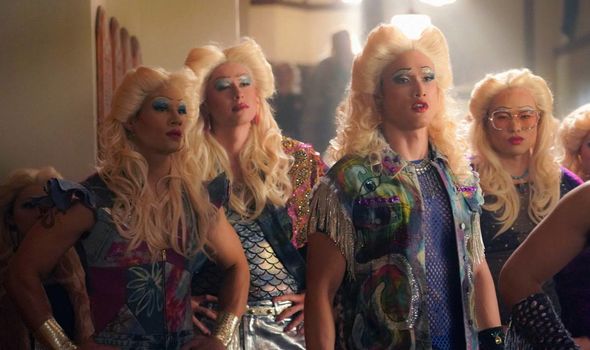 What movie memorabilia from Hedwig and the Angry Inch featured in Riverdale?

Hedwig’s appearance in the film and musical is iconic and was recently replicated in Netflix series Sex Education where Eric (Ncuti Gatwa) was left stranded at a bus stop on his birthday dressed as the character, on his way to a screening of the film.
Riverdale is now following suit with the latest episode featuring the show’s music including Wicked Little Town, Wig in a Box, Tear Me Down and In Your Arms Tonight.
The singing and dancing outbursts start after Riverdale High’s principal Mr Honey (Kerr Smith) tells Kevin Keller (Casey Cott) he is not allowed to perform a song from the musical for the variety show as it is too inappropriate.
Unwilling to let it go, Kevin instead starts organising a full-blown musical based on the Broadway hit.

Kevin leads the way in the protest at the school and ends up getting his classmates to dress up as Hedwig to show their support of the new musical and its message of self-acceptance.
But as the ringleader of the Hedwig revolution, actor Cott got an extra special outfit as he got to wear an item which actually featured in the Hedwig and the Angry Inch film.
When asked about which past performers his own performance in the episode by Den of Geek, Cott said: “I saw John Cameron Mitchell on Broadway!
“Actually I was wearing the wig that John Cameron Mitchell wore in the Hedwig and the Angry Inch movie in our episode — which was crazy cool.”

When he saw the Hedwig look on him for the first time, the star also said he was “super pumped”.
Cott said: “That moment was crazy because the hair and makeup team did such a great job.
“It seemed like I was wearing something that was 100% perfect.
“Which was really important for this episode because when performing something that’s as out there and energetic as “Tear Me Down,” if you’re not totally comfortable in your outfit and everything it’s just going to be in the back of your head—at least for me.
“I was super pumped when it came together the way it did, that outfit.
“I felt like I was Hedwig. It was awesome.”
Riverdale season 4 continues every Thursday on Netflix.

Related posts:
April 16, 2020 TV and Movies Comments Off on Riverdale season 4: Did you spot this Easter Egg in Hedwig and the Angry Inch episode?
Celebrity News:
Are Princess Beatrices recent events a way to distance herself from her father?
Hoda Kotbs absence from Today explained by Savannah Guthrie as well-known subs step in
The Chicks Postpone Shows As Natalie Maines Placed On Vocal Rest
Kim Kardashian Mocked Over Uncomfortable Office Chairs
Gloria Hunniford rushed to hospital after terrifying fall breaks her eye socket
Recent Posts