Lili Reinhart may be a big star now, but she once was a bored LA transplant, surfing the internet. Fans know her best for her role as Betty Cooper in the hit show Riverdale and from such films as Charlie’s Angels and Hustlers.

At 16, she had just moved to Los Angeles and was finishing up high school online. Looking to fill some time when her school work was done, so she began watching YouTube tutorials.

Through her avid tutorial watching, she not only became skilled at glamour makeup but special effects makeup as well. Two of her favorite YouTubers were Nikkie de Jager and Michelle Phan.

Who is Nikkie de Jager?

Nikkie de Jager, of the YouTube channel NikkieTutorials, is a makeup artist and beauty vlogger from the Netherlands. Those outside of her regular viewership may have heard about her recently due to news of her being unceremoniously outed as transgender.

To her fans, however, she is and always has been a talented blonde woman “with a serious obsession for glitz, glamour and all things beauty,” as Teen Vogue described her.

In addition to her makeup tutorials, in 2015, she created a series of videos called “The Power of Makeup” featuring herself and celebrities such as Kim Kardashian West and Drew Barrymore before and after having their makeup done. Her aim was to help combat makeup shaming and show that makeup is fun.

Who is Michelle Phan?

I don’t take back seats. Unless it’s a an Uber.

Michelle Phan is another long-time YouTube beauty vlogger who The Cut once said, “arguably invented the entire genre of YouTube beauty.” Her first of hundreds of videos was posted 12 years ago. It has the simple title, “Natural Looking Makeup Tutorial” and has over 12.5 million views.

She famously left the platform and all other social media sites and went radio silent in 2015. She returned to YouTube as suddenly as she left in 2017 with a video entitled “Why I Left.” She disappeared again for some time before returning with a few new videos just a few months ago. 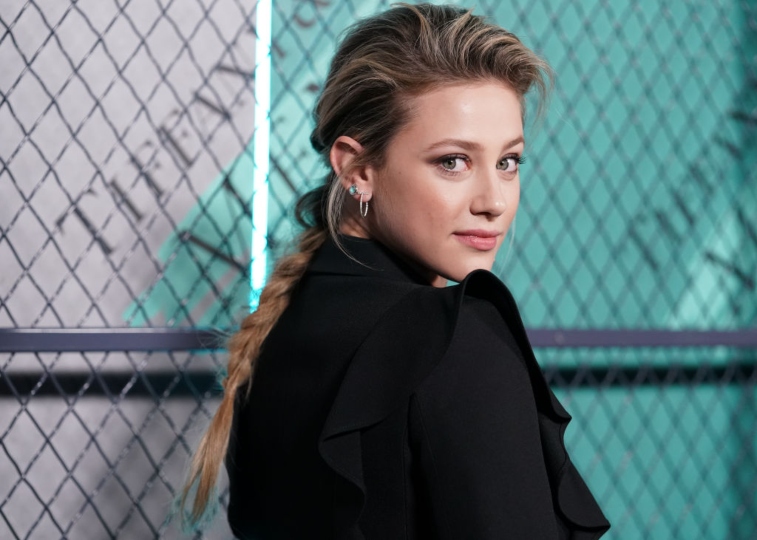 Thanks to de Jager, Phan, and other YouTubers, Reinhart learned to be incredibly skilled with makeup at a young age, a path many Gen Zers find relatable. Now known to sport a more natural look, as the face of Cover Girl’s Clean Fresh Collection, she once loved to use a lot of glitter in her looks.

She told Elite Daily: “I had a very sparkly silver glitter eyeshadow that I would dab on my eyes on Fridays when I went to school. That was my Friday makeup look. And then I would have glitter in my eyebrows for days afterward.”

She also admitted to the fact that her first makeup bag was full of drugstore makeup, complete with “one of those dirty, white sponges” that gets used over and over again.

Did I mention my passion for special effects makeup? #burnvictim #specialeffects #makeup

Back in 2014 and 20115, Reinhart loved to show off her makeup skills on Instagram. She posted pictures of simple every-day makeup styles as well as recreations of movie characters such as Jessica Rabbit and The Corpse Bride. She even took some creative liberties with looks such as her “pop-art zombie” and “queen of the underworld.”

What really stands out in her feed, however, is her penchant for the gruesome. Reinhart’s special effects skills go beyond the beautiful and mystical, and into the realm of hyper-realistic gashes, burns, bites, bruises, and even skin affected by frostbite.

“I’d save my money to buy some special effects makeup off of Amazon,” she told Elite Daily.

Though the star no longer regularly posts her makeup adventures, she still taps into her old skills from time to time.