Oliver Stone will preside over the main competition jury of the second edition of the Red Sea International Film Festival, honoring a promise to attend in that role dating back to 2020.

The Academy Award-winning Born On The Fourth Of July and Natural Born Killers director was previously announced as jury president for the festival’s inaugural 2020 edition, which was postponed to 2021 due to the Covid-19 pandemic.

The festival, running December 1 to 10 in the Red Sea port city of Jeddah, unveiled most of the line-up for its sophomore edition on Monday

As of now, the event will showcase 131 feature-length and short films from 61 countries in total, 34 of them world premieres; 17, regional premieres, and 47, MENA premieres.

The main competition focused on works by Arab, African and Asian directors, will showcase 15 films, with potential additions to come.

They include the world premiere of Moroccan and French director Omar Mouldouira’s A Summer in Boujad, about a teenager raised in Paris, trying to find his place in a newly blended family in Morocco after his widower father remarries.

Two Saudi features will also debut in competition: Mohamed Al Salman’s Raven Song, following a man who is diagnosed with a brain tumor just as he meets the woman of his dreams, and Moe Alatawi’s Within Sand, about a young tobacco merchant ambushed by thieves on route home to his pregnant wife.

African contenders include Angolan director Ery Claver’s Our Lady Of The Chinese Shop, an allegory about the current state of Africa revolving around an imported plastic model of the Virgin Mary purported to have special powers. The film debuted in Locarno over the summer.

Kenyan editor–turned–writer-director Angela Wanjiku’s The Pit, following a once respected English teacher, newly released from prison, as he rebuilds his life in the rural Kenyan village of Shimoni, which translates as “the pit”. The feature debuted in Toronto’s Discovery strand.

Other 2022 festival hits in the selection include Indonesian filmmaker Kamila Andini’s female-focused, post-independence drama Before Now and Then (Nana), which premiered in competition in Berlin; Lotfy Nathan’s Tunisia popular uprising era tale Harka, which debuted in Cannes Un Certain Regard, and Korean director July Jung’s Cannes Critics’ title Next Sohee.

Further contenders include this year’s Indian Oscar entry, the ode to cinema Last Film Show by Pan Nalin, and Iranian filmmaker Reza Jami’s A Childless Village, revolving around an elderly filmmaker who returns to a village where he once shot an investigative documentary about unexplained infertility, discovering all was not as it seemed at the time.

“The films set to compete at the Red Sea Competition, of which several received crucial support from the Red Sea Fund, span a variety of different genres and eras and are created by a wide range of incredibly talented filmmakers,” said Antoine Khalife, Director of Arab Programs & Film Classics for the RedSeaIFF.

“The Arab actors shine in extremely challenging roles, whilst the directors identify with the characters in all their complexity and we are thus confronted with regrets, redemption, courage, self-seeking and revenge, but also love in all its aspects. “

Kaleem Aftab, Director of International Programming for the RedSeaIFF, added the number of submissions had risen considerably this year following the festival’s successful inaugural edition.

“There were tough decisions to be made,” he said. We have been delighted by the extraordinary storytelling and this year’s selection is of the highest caliber showcasing the enormous depth and diversity of stories from Asia, Africa and the Arab world.” 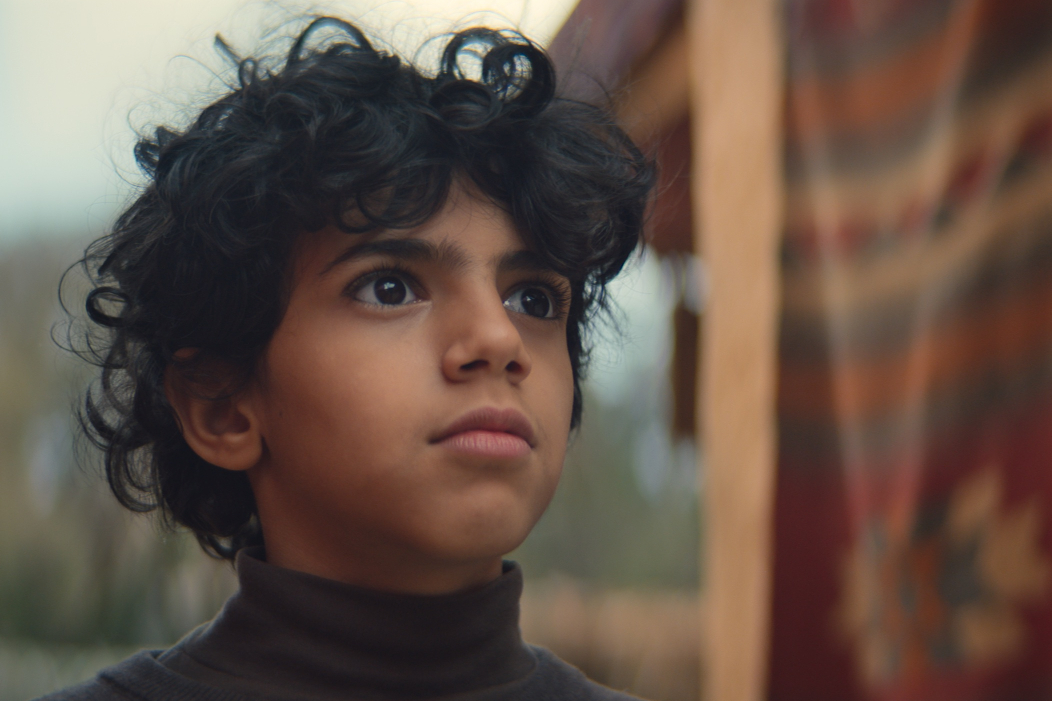 The festival also announced that Indian filmmaker Shekhar Kapur’s cross-cultural romantic comedy What’s Love Got To Do with It?, will open the festival with a red carpet gala.

The feature, starring Lily James as a London filmmaker who heads to Lahore with her best friend (Shazad Latif) to document his journey to an arranged marriage, originally premiered at Toronto.

Saudi writer and director Khaled Fahd’s drama Valley Road has been announced as the closing film.

The culturally ground-breaking tale follows the journey of an autistic young boy man growing up in a beautiful mountain village, after he gets lost on his way to see a doctor in a neighboring village.

This edition also sees the introduction of the new strand Red Sea: New Vision, dedicated to filmmakers pushing the boundaries of creativity with a style of genre-defining filmmaking that challenges audiences.

“Our programmers have curated the best of Arab and international cinema, talent-led galas of some of the most anticipated films of the year, and an exceptional selection from astonishing new Saudi talents who are paving the way in our country’s flourishing industry,” said CEO of the RedSeaIFF Mohammed Al Turki.

In keeping with its remit to support the growth of a TV and film industry in Saudi Arabia and the wider Middle East and North Africa region, the festival will also hold the second edition of its Red Sea Souk industry platform.

The event encompasses an exhibition space showcasing local companies and film and TV initiatives, a talks program and a project market showcasing 23 upcoming features by Arab and African directors.

“The country is rapidly securing its position as a hub for film, culture, arts, and fashion as it becomes a world-class center for film production,” said Managing Director of the RedSeaIFF Shivani Pandya Malhotra.

“The Red Sea IFF is very much at the heart of this transformation providing a platform to showcase a new generation full of energy and creativity. Through the Red Sea Souk, we are in position to support filmmakers in all stages of their careers and our programs throughout the year follow the full-cycle of filmmaking.”