Any writer would probably imagine it was pure joy to write Schitt’s Creek, especially as the characters became more fleshed out and popular. Dan Levy (Eugene Levy’s son) had the amazing job of writing the majority of the episodes. With Dan Levy portraying David, the brother in the Rose family, it gave him double-duty to write and act in one of the great TV comedies of the 2010s.

No doubt fans wonder which characters he loved to write for, though. If writing his own character was likely the easiest, Levy recently revealed his ultimate favorite character.

He also mentioned the character who was the most challenging to write for during the show’s six-season run. His fellow castmates seemed surprised by his answers, other than one co-star. 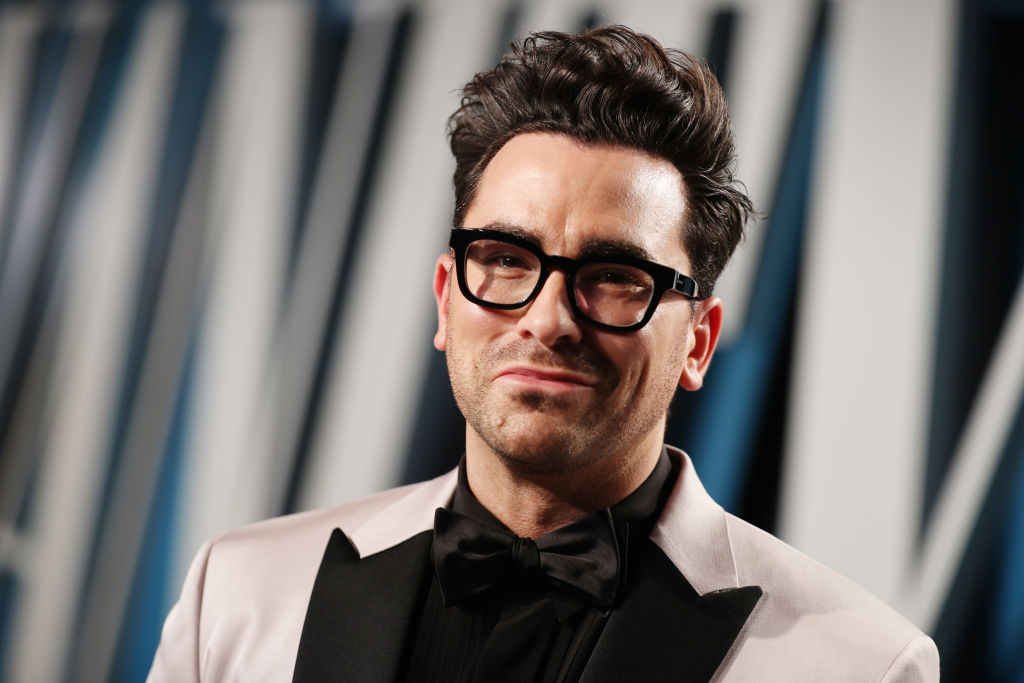 Variety recently staged a How Well Do You Know Your Co-Star? video segment with the cast of Schitt’s Creek. Each cast member was asked a question about their fellow cast members while writing their answers on tablets.

When asked who Dan Levy’s favorite character was to write for, only Annie Murphy (who plays Alexis) guessed correctly: her own character. Eugene Levy guessed David, and Catherine O’Hara said Moira.

Of course, Dan Levy said Alexis was the most fun to write for all these years. Considering Alexis is one of the most popular characters, no one should be surprised Levy chose her.

Levy explained he basically took from himself when writing for Alexis. This meant taking from his life experiences, like having a famous dad and celebrity hookups. One could almost insinuate Schitt’s Creek was a little autobiographical, except the Levys had no association owning a video store franchise.

That oddball accent O’Hara gave to Moira is one for the ages and something Levy found challenging to reflect in the script. No doubt it took time to write lines for Moira and imagine how O’Hara would convey them during filming.

Her accent has had plenty of analysis in the last few years on how she formulated it. It turns out O’Hara invented it on the spot rather than Levy if the latter undoubtedly hearing the accent in his head after the first season.

Most interesting is Levy never mentioned what it was like writing the character his own dad played. One has to wonder if Johnny Rose was just a little too close to the real Eugene Levy.

How much did Dan Levy take from reality?

As outrageous as the characters were in Schitt’s Creek, no doubt some real things crept in based on being a family production. If Moira Rose was maybe an amalgam of famous actresses Eugene and Dan Levy ran into over the years, the former’s Johnny Rose might be a little meta as a trend.

Despite most of the cast being from Canada originally, Eugene Levy might have a little of Johnny Rose in him. After all, Eugene Levy has had showbiz connections for decades, perhaps having a similar reaction to Johnny if ever experiencing the same financial position as the Roses.

According to reports, the initial show concept came from Kim Basinger buying the small town of Braselton, Georgia in 1989. How much Levy dug into his own family, though, might stay undercover indefinitely. No doubt a lot of people in showbiz recognize themselves already in the characters, telling everyone enough.