For the second time in as many weeks, this TV review ought to be framed around what our chosen series isn’t rather than what it actually is: i.e., “Space Force” is not “The Office.” Despite sharing a creator (Greg Daniels), star (Steve Carell), and loose genre affiliation (a workplace comedy), the new Netflix series isn’t shot in a mockumentary format, nor is Carell playing an infuriating buffoon. More to the point of what made NBC’s sitcom such a massive, re-watchable hit, “Space Force” doesn’t find humor in painfully awkward yet universally relatable office drudgery, so much as silly scenarios set against a grand backdrop.

It’s a farce and, at most, a light satire when it comes to politics. Despite sharing a name with the American military’s newest and most widely ridiculed branch, Carell and Daniels only take mild pokes at their characters’ odd patriotic obligation — and the President who felt it necessary to make space our next “war-fighting domain” in the first place. For instance, General Mark R. Naird’s (Carell) billion-dollar mission is based on a tweet from POTUS that tells him to put “boobs” on the moon by 2024, which they’re “pretty sure” is a typo. The joke stems from the Commander-in-Chief’s idiocy, sure, but it’s also broad comedy. Combine that with the choice to never mention Trump’s name and you should have an idea of the wide demographic targeted by this very expensive comedy.

“Space Force” follows General Naird, a successful lifelong veteran who thinks he’s taking over the Air Force when he’s given a promotion. Not quite. Instead, Naird is tasked with starting up the U.S. Space Force and putting boots on the moon’s surface by 2024. To do this, he and his family move to Colorado where American tax dollars build a secret, expansive base of operations populated with scientists, officers, and astronauts-in-training. Political pressure to turn a quick profit pushes launch dates forward, despite cries for patience from Naird’s chief scientist and de facto No. 2, Dr. Adrian Mallory (a pitch-perfect John Malkovich).

The pilot shows Naird trying to balance practical requests with impractical demands: Key politicos want him to launch the first military satellite while they’re in town to watch, while his team of scientists beg to delay a few days for better weather. Similar conflicts follow, be it between Naird’s military-bred stubbornness and his more forward-thinking media chief Tony Scarapiducci (Ben Schwartz, dialing Jean Ralphio down to a six), or Naird’s obligation to country above all else vs. his familial responsibilities to his daughter Erin (Diana Silvers), wife Maggie (Lisa Kudrow), or even himself. 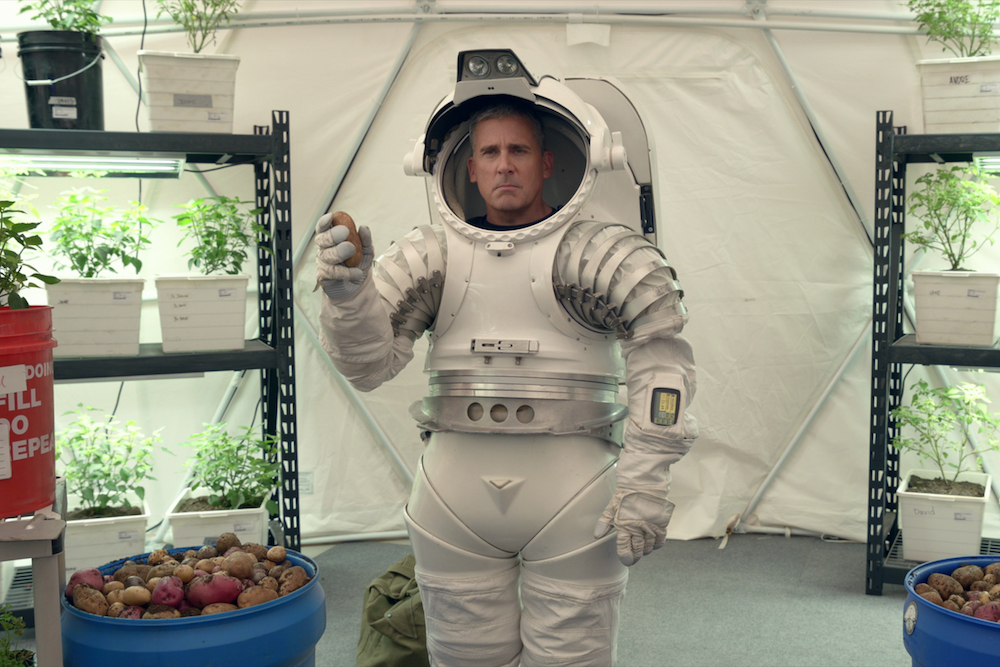 At times, “Space Force” can go way off course, as it does in Episode 2 when Naird tries to train a (CGI) monkey to fix a broken satellite — these kind of inane ideas steer Carell into Michael Scott territory, but the talented actor keeps his disconnected sitcom leaders from bleeding into each other. With a clenched jaw, gray hair, and raspy growl, Carell feels like he’s bringing Brad Pitt’s “War Machine” caricature down to Earth; he walks a fine line between cartoonish indifference and wearied heroics, and Carell usually hits the right mark for each moment. When he has to reach for the laugh, he tends to get it.

Still, “Space Force” might fall apart without Malkovich. As the well-spoken, well-reasoned foil to Naird’s blunt-talking, “when in doubt, drop a bomb” general, everything from Malkovich’s carefully paced elocution to his subtle reactions work in brilliant comedic contrast to his regular scene partner. Together, Carell and Malkovich forge a charismatic pair that could carry even more episodes than they already do, while Malkovich’s Dr. Mallory could certainly stand for more development on his own. After seeing the Illinois State alumnus find delectable humor in his eccentric “New Pope” earlier this year, it’s great to see him sink his teeth into a full-time comedic turn. 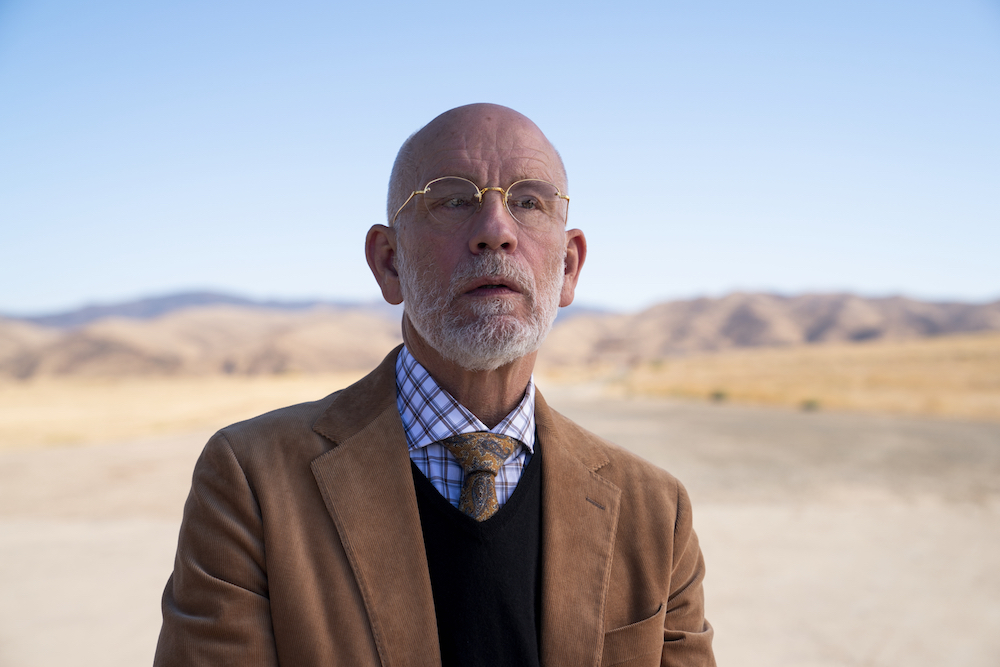 Also helping to elevate the serviceable comedy is the gleaming production itself. Mallory and Naird’s hijinks are captured with the big, beautiful gravitas more reminiscent of “The Right Stuff” or “Apollo 13” than “The Office.” Rather than cutting to a tiny kitchen to hear from various talking heads, shots are framed to capture enormous sets, lots of moving pieces, and the kind of shock-and-awe VFX reserved for big-ticket dramas. While styling the series as though Space Force is struggling to pay the rent may have opened more avenues for “Office”-esque humor (high-tech paintball fights and endless rooms of supercomputers aren’t exactly as familiar to everyday office workers as outdated machinery and Dunderball), Daniels, Carell, and pilot director Paul King built their series with a lot of jokes based on how much money is wasted on costly screw-ups. So, “Space Force” has to look impressive — and with directors like Oscar nominee Dee Rees stepping in for the sixth episode, yeah, it looks really, really good.

With all that in mind, “Space Force” is a diversionary delight at best. Missed opportunities abound (whether it’s under-developed characters or first-draft jokes), and anyone expecting a “Veep”-level satire or “Office”-like innovation may be disappointed. Season 2, which seems inevitable given the talent involved, could easily go haywire or refine itself into something better. As it stands, “Space Force” is clearly made with joy. Maybe it won’t fill the “Office”-sized hole in Netflix subscribers’ hearts when the series leaves the service later this year, and perhaps it could serve a greater purpose than silly fun. But I certainly prefer this version over one that only aims to recreate the past.

Related posts:
May 26, 2020 TV and Movies Comments Off on ‘Space Force’ Review: Steve Carell’s Netflix Comedy Is Glitzy, Frivolous Fun
Celebrity News:
Tom Hanks & Rita Wilson Arrive in Greece to Celebrate His Birthday!
Get to Know Marwan Kenzari & His Girlfriend Nora Ponse!
Jordyn Woods, Sailor Brinkley-Cook & Vanessa Hudgens Rock White Swimsuits As They Celebrate Summer
Candace Owens Allegedly Scams Millions Out of Republicans via Anti-Black Lives Matter Initiative
Brooklyn Beckham Is Engaged to Actress Nicola Peltz
Recent Posts
This website uses cookies to improve your user experience and to provide you with advertisements that are relevant to your interests. By continuing to browse the site you are agreeing to our use of cookies.Ok