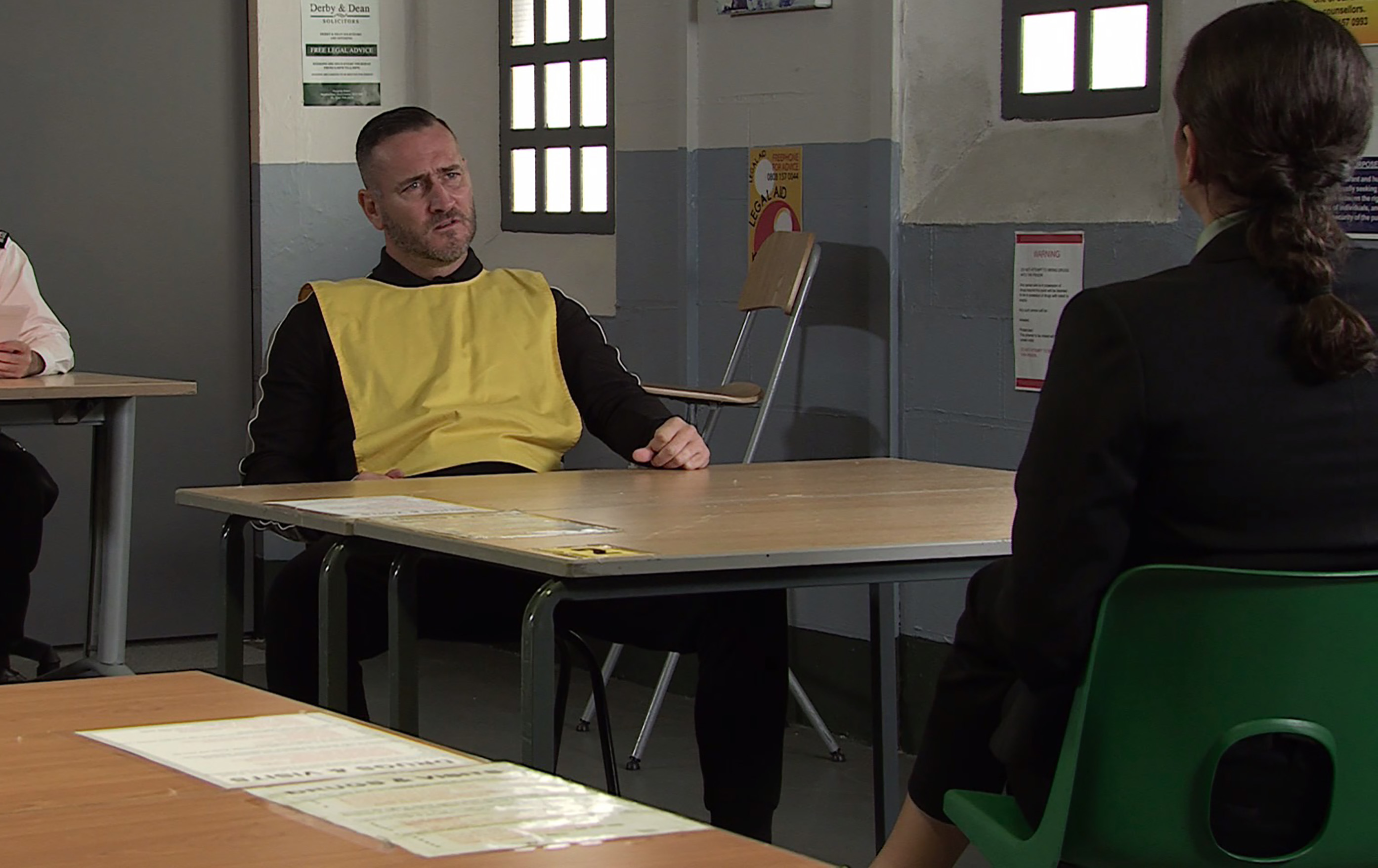 Harvey Gaskell (Will Mellor) will set his sights on revenge in upcoming Coronation Street episodes as he discovers Toyah Battersby (Georgia Taylor) is the reason his appeal has been jeopardised.

When Toyah finds out from Simon how Imran (Charlie De Melo) borrowed his phone in a bid to uncover information about Sharon (Tracie Bennett), she’s quietly appalled.

Meanwhile, a furious Sabeen (Zora Bishop) enters the solicitors’ office and tells Imran that she’s been accused of misconduct, had her cases taken off her and he’s made an enemy for life out of Harvey Gaskell.

A furious Sabeen accuses Imran of forwarding her private texts to her boss.

The penny drops and Imran realises Toyah must be the one responsible.

From his prison cell, a furious Harvey vows to have his revenge on the Battersby sisters.

But what has he got planned?

We know Will Mellor has filmed some sort of prison van escape stunt, and Dev’s (Jimmi Harkishin) life is potentially in danger…but what about Toyah and Leanne?