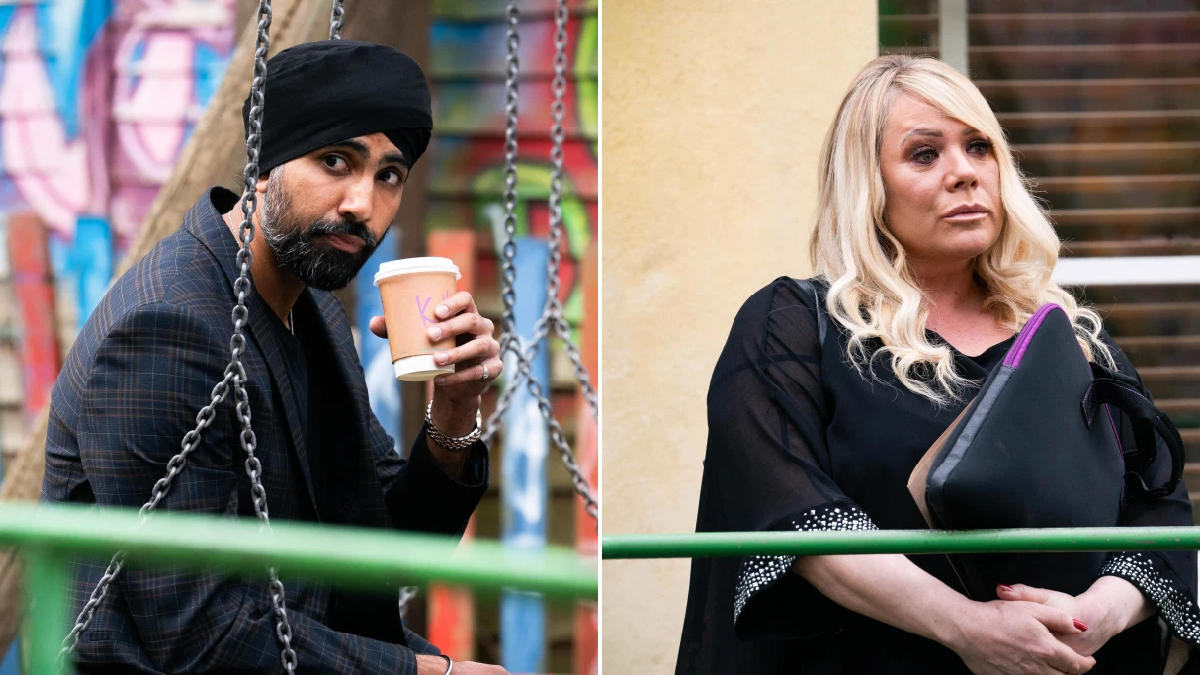 EastEnders’ Kheerat Panesar (Jaz Deol) knew he would be playing a dangerous game keeping his relationship with Sharon Watts (Letitia Dean) a secret from everyone.

As problems continue to rise between Kheerat, Suki (Balvinder Sopal) and Ben (Max Bowden), he makes a decision and dumps Sharon.

Kheerat hands Ben the money to pay for Jags’ protection in prison when Sharon walks into the café. Ben doesn’t hide his disdain, but Kheerat keeps quiet.

Later, after an argument with Suki, Kheerat takes Sharon away for the evening.

When he arrives home, he finds Suki still furious and Vinny (Shiv Jalota) begging him to make peace.

He sadly tells Sharon that they need to cool it off as things are becoming too complicated.

Kheerat then meets up with Ben and comes clean about Sharon but tells him it’s over.

There’s a definite connection between Kheerat and Sharon, could it really be the end of this relationship already?

If they start seeing each other in secret, could it only end in disaster?