SPRINGWATCH'S Chris Packham was left panicked after he spotted something VERY wrong with a nest of swallows.

The TV presenter, 60, was baffled after noticing a number of missing swallow eggs during Tuesday night's episode. 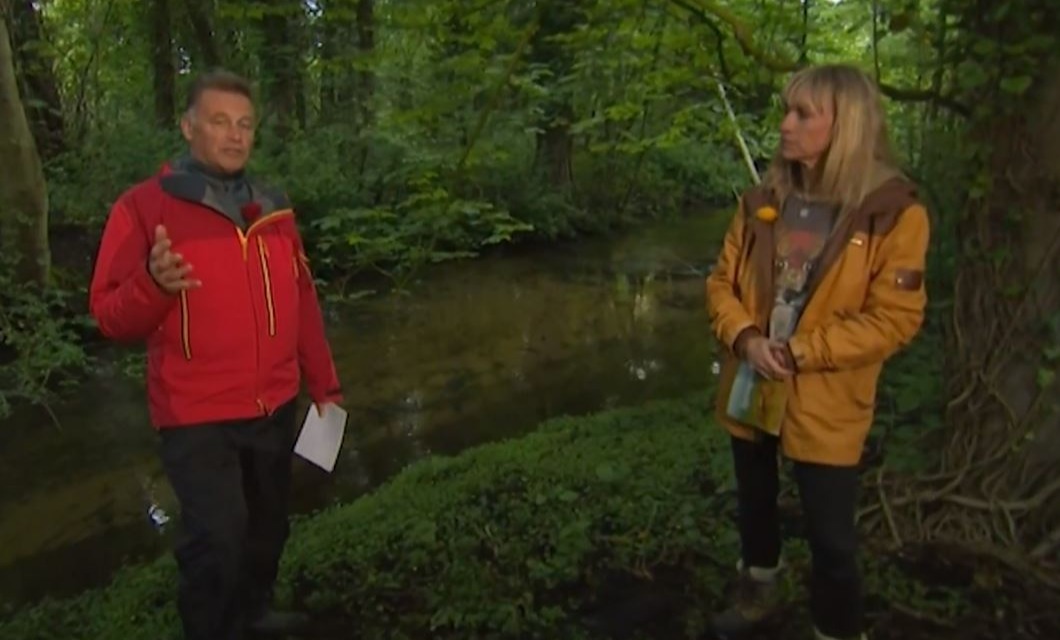 He was also left concerned by "unusual behaviour" of the birds nesting on the eggs, as he captured the antics of the wildlife birds.

Chris and co-host Michaela Strachan were back broadcasting live from Wild Ken Hill in Norfolk.

The team had a number of remote cameras set up across the reserve so they could keep a close up on the birds.

Chris decided take a closer look at the swallow and their nest, he said: "One of my favourites we are going to go to is the swallow. 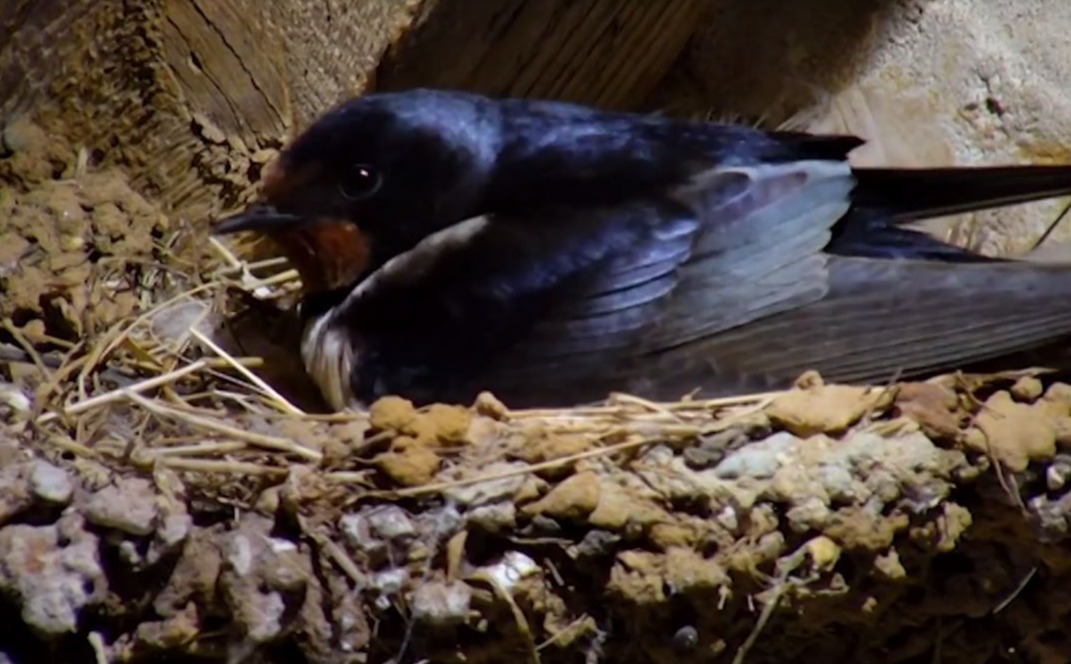 "Let’s go live to our swallows, there we are. She is on the nest there and this is in a barn. Oh, my God, look at that. What a bird.

“The beautiful orange on the chin, the little beautiful beady black eye, out of shot that long symmetrical tale, what a bird.”

Chris explained that the birds were exhibiting "unusual behaviour"

He said: "We’ve been keeping an eye on these swallows as their behaviour has been a bit unusual this year. 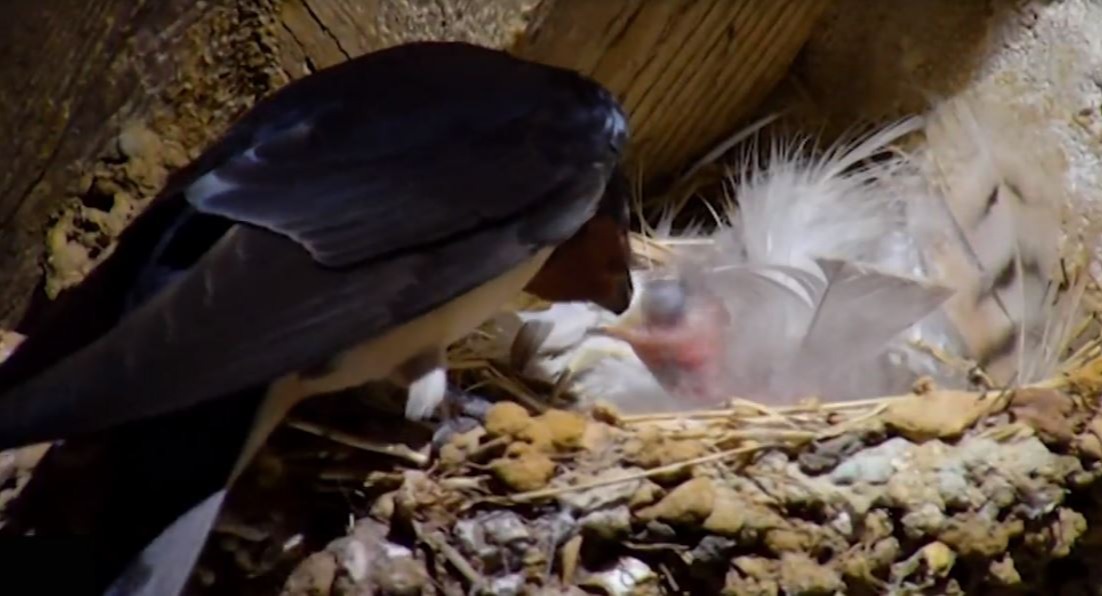 "They are nesting in a normal swallow spot and the door is permanently open of course so they can get in and out.

"They’ve come back to a nest that was previously used but what’s interesting is when we found it, it only had three eggs in it."

The naturalist explained that some of the eggs could have "disappeared" but seemed unlikely.

He continued: "We don’t know some of them could have disappeared, but we think it’s unlikely because of the timing of that find. 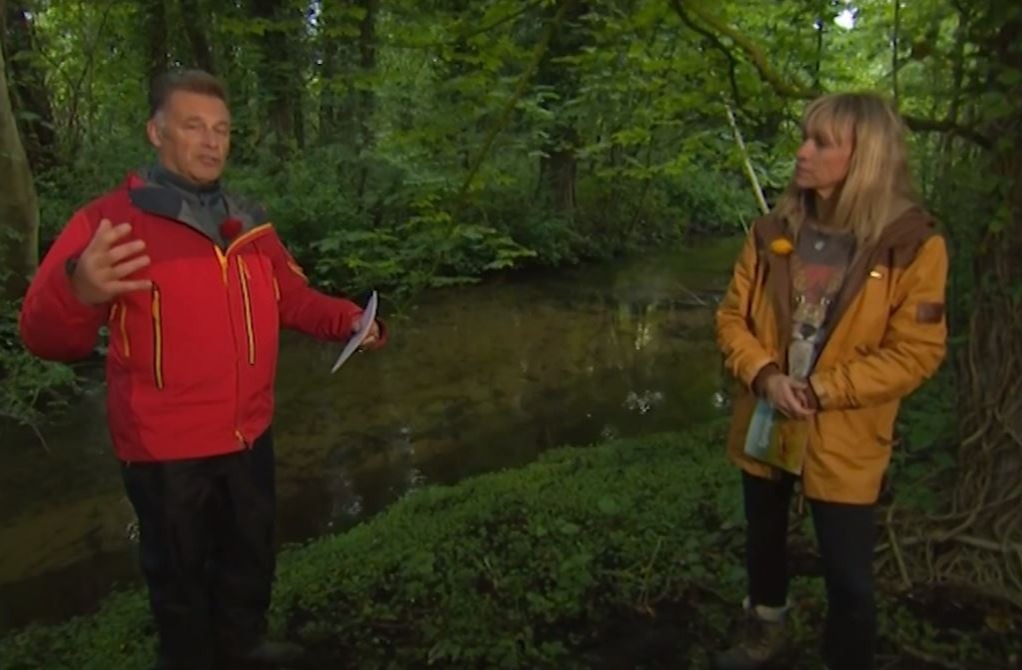 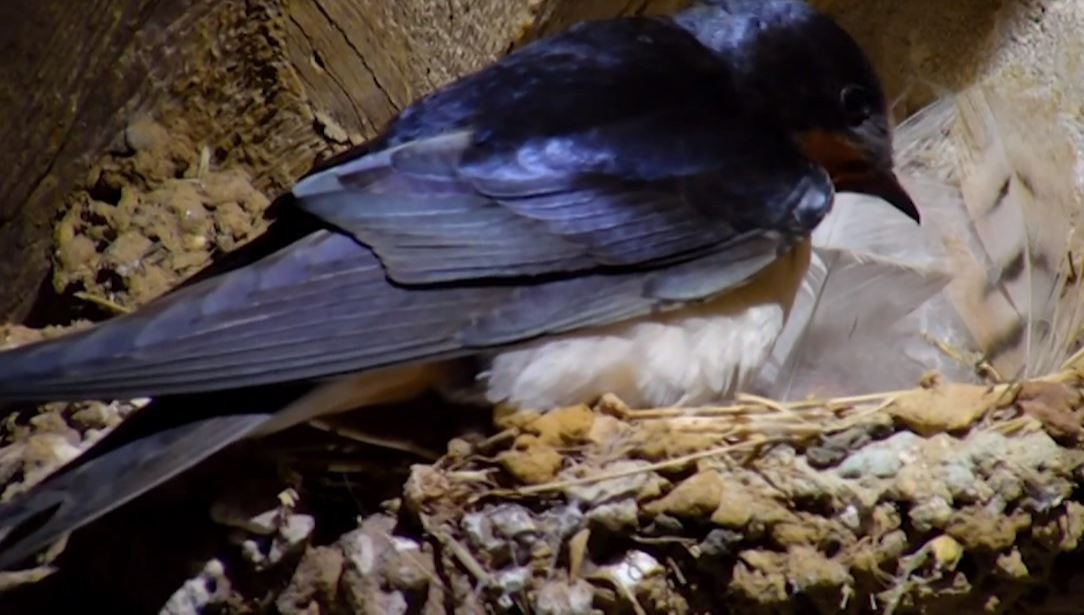 "Typically, we would expect swallows to have a clutch of five [eggs]."

Chris told viewers that they are insectivorous birds and there has been fewer insects for them to eat due to the cold weather.

He added: “That may have impacted on the female’s body weight and her capacity to produce a large clutch of eggs. 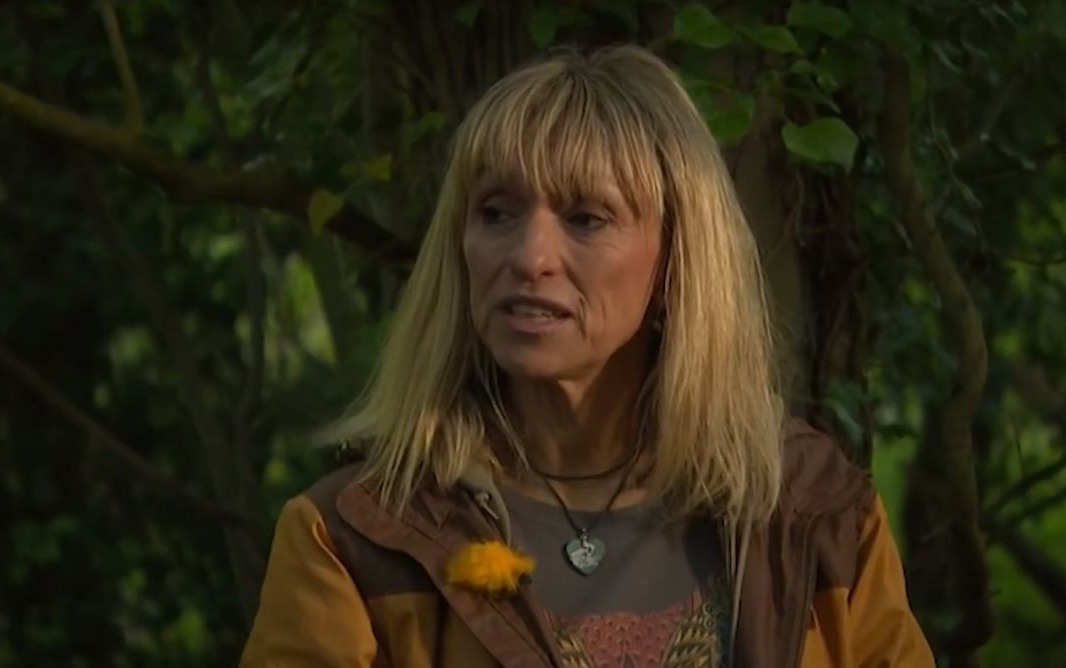 “Particularly when they have migrated back from Africa, it’s an exhausting process.”

Michaela added: "Let’s hope there are enough insects to feed the chicks that are in there now. This is something we're going to find out over the next three weeks."

Springwatch is back on Wednesday at 8pm on BBC Two.

Related posts:
May 28, 2021 TV and Movies Comments Off on Springwatch's Chris Packham panics as he spots something VERY wrong with nest of swallows
Celebrity News:
NYC Psychiatrist Says 'Psychopathic' Whites Steal Everything, She Fantasizes About Killing Them
Cop Under Investigation After Video Shows Him Kicking Suspect in Head
John Legend Defends Chrissy Teigen, Accuses Michael Costello of ‘Fabricating’ DMs
Why Ant Anstead Left His Belongings Behind After His Divorce From Christina Haack
How Many Grandchildren Does Jimmy Carter Have?
Recent Posts