The final episode of The Mandalorian’s first season hit Disney+ today in the form of Chapter 8: Redemption. Directed by Thor Ragnarok’s Taika Waititi, who also plays nurse droid IG-11, The Mandalorian episode 8 began with a hilarious scene with two scout troopers bickering over the captured Baby Yoda. And this is where the Star Wars A New Hope and The Empire Strikes Back Easter Eggs began.

Stormtroopers are well known to be terrible shots in the Star Wars universe, despite Obi-Wan Kenobi asserting they were great in the original trilogy.

And here Waititi’s humour is all over the scouts failed attempts to hit a target.

Next up, we find one A New Hope reference during the standoff between Moff Gideon and our heroes.

Here he identifies Cara Dune as being from Alderaan, the home planet of Princess Leia. 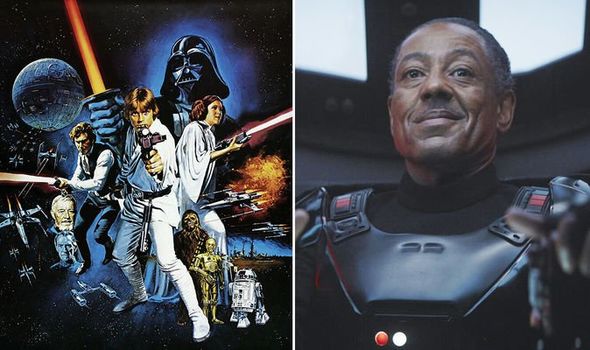 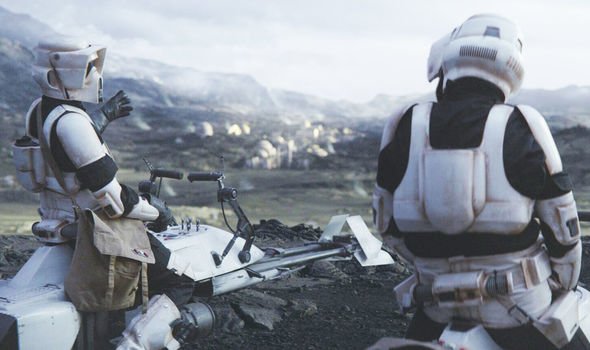 Star Wars fans will remember the planet is destroyed by the Death Star in A New Hope.

With The Mandalorian being set only a decade after that event, no doubt she will have joined the Rebellion in response.

This would also explain the starbird symbol tattoo on her cheek.

Aside from A New Hope, fans may also have spotted an Easter Egg from The Empire Strikes Back. 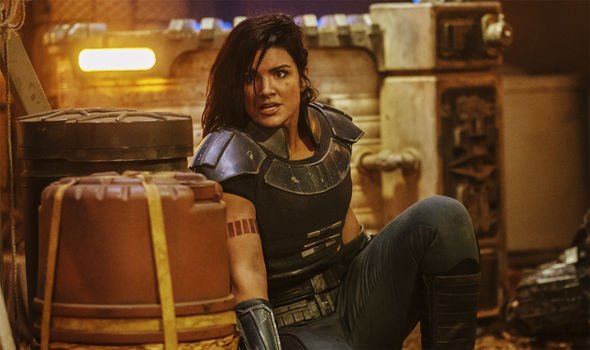 And this one comes in the form of a weapon.

Did you spot the E-Web, a heavy repeating blaster, created by BlasTech Industries?

The large gun and turret is used by a stormtrooper in this episode of The Mandalorian and first featured in The Empire Strikes Back.

In the final scene, when Moff Gideon cuts out of his crashed TIE Fighter we see he’s using a black lightsaber.

Star Wars TV fans will know this as the Darksaber, an ancient weapon that rightly belongs to the leader of Mandalore.

The weapon was forged centuries ago by a Mandalorian Jedi and was last seen in the possession of Bo-Katan Kryze, a Mandalorian female, in Star Wars Rebels.

While at one point the weapon was in the hands of Darth Maul himself.

Whatever the case, at some point over the course of the original trilogy, Gideon managed to obtain the Darksaber for himself.

Perhaps the former Imperial officer was once a Mandalorian or even a secret Sith Lord?

With The Mandalorian season 2 arriving later this year, hopefully, the mystery will be resolved sooner rather than later.

The Mandalorian is streaming on Disney+ now.