Chris Harrison will announce the next Bachelorette much earlier than expected. Peter Weber‘s season of The Bachelor is hardly over, but the massive announcement is coming. Fans have a solid reason why the producers are revealing the big news so soon. 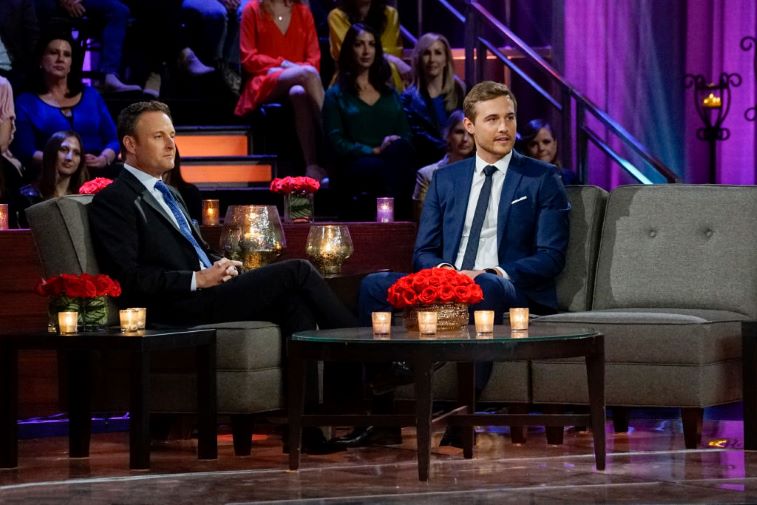 When will the next ‘Bachelorette’ 2020 be announced?

The wait is almost over. The next Bachelorette will be announced on Good Morning America (GMA) on Monday, Mar. 2. The shocking thing about this reveal is that it comes several weeks earlier than typical of the show.

The Bachelorette is usually announced during the “After the Rose Ceremony.” Peter Weber’s season is still going strong, so fans are sure there is a very terrible reason that the producers bumped up the announcement.

“Maybe part of the reason they are announcing the Bachelorette is because Peter’s season somehow gets WORSE,” one fan wrote on Reddit. “The Bachelorette talk has already distracted so many people. Even I find myself caring a little less about the rest of the season ever since this announcement.”

Some fans believe that the reveal of the next Bachelorette is coming early so that viewers will not be as upset when the news of Weber’s ending comes. There’s a reason that Reality Steve did not spoil the ending to Weber’s season. The two might go hand and hand.

“BUT maybe the producers are trying to take the attention away from Peter since he somehow makes an even worse decision,” added the Redditor.

“I agree with you,” wrote another viewer. “I have a feeling he’s gonna make some questionable choices.”

Fans are not impressed with Weber’s season of The Bachelor. Many are not sure how it could get any worse. However, if it does get worse; the fans feel that the producers want to get everyone excited for the new Bachelorette. Hopefully, it will take the attention away from Weber’s questionable decisions.

How do fans feel Peter Weber’s season of ‘The Bachelor’ will end?

“I agree that the ending will either be really boring or a complete dumpster fire, and Peter might be hated,” wrote one Reddit user. “The WTA might also be a dumpster fire since no one in America cares for or likes these ladies.”

Many fans agree that the ending could be very lackluster, or so awful that fans hate Weber in the end.

“My guess though is that Peter just ends up picking or going after Madi, and this huge ending they’ve been building isn’t really all that different from other seasons,” added another Redditor.

If Weber chooses Madison Prewett, some fans think it would be boring.

“I think he ends up alone, and it’s going to be very anticlimactic, so they had no choice but to upstage the ending,” wrote another fan.

Although Weber commented that he does not end up alone, fans believe it still might happen.

“I predict there is going to be some sort of switcheroo between his final 2 (see Arie and Jason) and America is going to hate him,” speculated another Redditor.

Many possibilities are flying around about the ending to Weber’s ridiculous season of The Bachelor. The good news is we do not have long to wait to find out. The season finale of The Bachelor is Mar. 9, 2020. The new Bachelorette will be announced Mon. Mar. 2, 2020 on GMA.

Related: ‘The Bachelor’: The Strange Reason Why Peter Weber Never Offers His Jacket to His Shivering Dates