The Bachelorette couple, Becca Kufrin and Garrett Yrigoyen, shut down rumors that they were splitting up only days ago. However, Yrigoyen’s recent Instagram post might indicate that he hasn’t changed as much as Kufrin thought during the “After the Final Rose” on season 14. 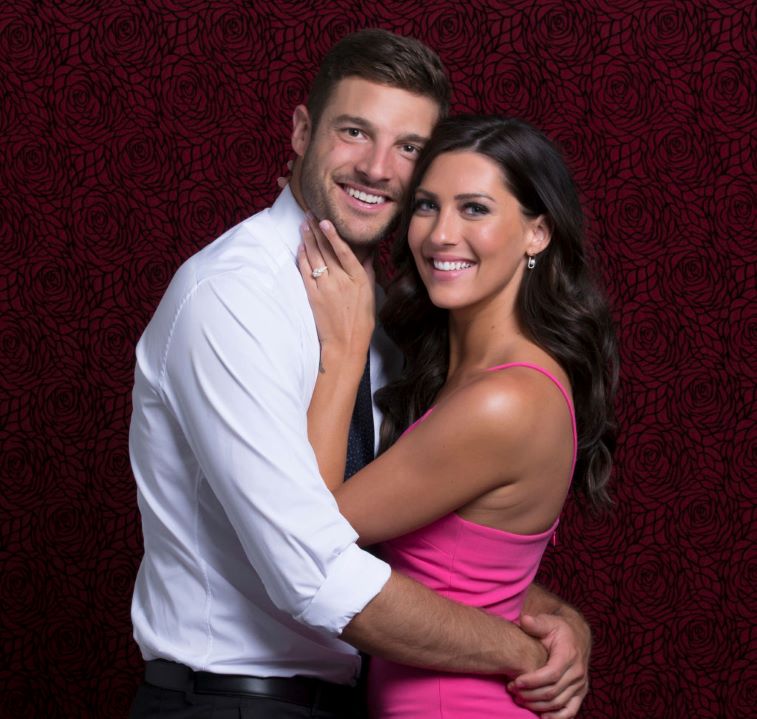 RELATED: ‘The Bachelor’: Did Victoria Fuller Just Confirm She Is Dating Chris Soules in the Sassiest Way?

Early in the season, Yrigoyen was under fire because of his social media activity. Fans found out that he liked racist and homophobic Instagram posts. However, after Kufrin chose Yrigoyen, the pair talked about the scandal. He apologized via social media, and Kufrin showed her support on the show.

“I am sorry to those who I offended, and I also take full responsibility for my ‘likes’ on Instagram that were hurtful and offensive,” Yrigoyen wrote, according to CNN. “I have learned an extremely valuable lesson and am taking steps to grow, become more educated, and be a better version of myself.”

Happy birthday earth, I hope you get much love today and always 💚 and to whoever stole our rose bush – go eff yourself

RELATED: ‘The Bachelor’ Fans Feel This 1 Person Is ‘The Best Thing to Ever Happen to Bachelor Nation’

During the episode, Harrison addressed social media activity. Yrigoyen reiterated his apology, and Kufrin stood by his side.

“The Instagram situation, I don’t condone that, and I know that he stands by his apology, and he feels so bad for everyone that he did offend,” she told Harrison. “He didn’t mean it. But I just want to move forward, to learn, and to grow and continue to educate ourselves.”

The former Bachelorette, Kufrin, took to social media to speak out about racial injustice following the unjust killings of Ahmad Abrey, Breonna Taylor, George Floyd, and many others.

“We will not wake up one day and have the disease of systemic racism cured for us. This is on each of us to solve together, and we have hard work ahead,” Kufrin’s Instagram story read.

Kufrin also posted a video explaining that “it’s not OK to stay silent.” She shared a story about her grandfather and Mr. Wells — a gay, black man in Minneapolis during the 1960s — to show that we need to show more love and acceptance. “Let’s just try to be better,” she concluded the video.

However, her fiance, Yrigoyen, has a drastically different viewpoint on what is going on in the country today.

“With so many friends and family in law enforcement, I couldn’t sit back and not support them and the hundreds of thousands of men and women of all races that represent this Thin Blue Line as well,” Yrigoyen wrote in an Instagram post.

Kufrin’s family spoke out against Yrigoyen, and his Blue Lives Matter post

“This is the time to support our African American brothers and sisters,” Kufrin’s brother in law wrote in the comments. “That’s is what is important.”

Kufrin’s sister could not stay silent either after seeing her future brother-in-law’s words.

I’ve been pretty tore up the past week about everything going on. I’ve listened, learned, helped, supported, and grown. With so many friends and family in law enforcement I couldn’t sit back and not support them and the hundreds of thousands of men and women of all races that represent this Thin Blue Line as well. It’s important for me to recognize the ones who stand in the gap and put their lives on the line each and every single day for humans of different race and ethnicity, including those who hate them. The Thin Blue Line represents each officer protecting protestors, properties, and businesses while being threatened, attacked, shot, shot at, hit with vehicles, and other forms of brutality. There have been over 300 injured, shot, or killed in just one week. They are suffering the consequences over an act they didn’t commit. They continue to put in overtime away from their families, stay silent while being threatened, hated, and assaulted. We can’t judge an entire group of people by the actions of a few. We can’t judge the peaceful protesters by the actions of the few violent protesters, and we sure can’t judge all cops by the actions of a few bad ones. Remember when they put on the badge they’re still humans, with raw emotion, the more brutality they face the more on edge they become, they make mistakes, they have compassion, and no matter how terrible they are treated or whatever negative is said to them, they still show up for us when we need them! Remember these men and women who hold this Thin Blue Line; strangers, friends, family, neighbors, or your enemies. They will always be out there protecting us, no matter what! #thinblueline #antiracism #antibrutality

“G, you know I love you, but this is so much bigger than what you commented above,” Kufrin’s sister wrote. “At this point, in time, we need to support the black community and listen to their calls for systemic change in this country. By taking away their voices, you are only asserting your privilege and losing sight of the bigger picture at hand.”

Fans took to Reddit to discuss whether or not they believe Kufrin and Yrigoyen will move forward together or separately after these differing viewpoints.

“I’m torn because I could personally not be with someone who has such fundamentally different beliefs than me,” one Reddit user wrote. “It will be interesting to see if they last.”

Related posts:
June 6, 2020 TV and Movies Comments Off on 'The Bachelorette': Becca Kufrin Might Suddenly Regret Going to Bat For Garrett at 'After the Final Rose'
Celebrity News:
Taylor Swift Earns First No. 1s On Alternative Albums, Hot Rock & Alternative Songs Charts
Kanye West Lays Out 2020 POTUS Plans: Support Faith-Based Groups, Reform Legal System & More
Country singer Cady Groves' cause of death revealed
Will Smith's Company Settles on Film Based on Serena Williams' Dad
Michelle Duggar: I'm ‘More in Love’ With Jim Bob ‘Than Ever’ in Quarantine
Recent Posts
This website uses cookies to improve your user experience and to provide you with advertisements that are relevant to your interests. By continuing to browse the site you are agreeing to our use of cookies.Ok