Paul Schrader has premiered a first look at Oscar Isaac in his new drama “The Card Counter” (via Deadline). The project is Schrader’s follow-up to “First Reformed,” which earned him his long overdue first Oscar nomination in the Best Original Screenplay category. “The Card Counter” stars Isaac as a gambler and former soldier who sets out to help a young man seek revenge on a mutual enemy from their past. Tiffany Haddish, Tye Sheridan, and Willem Dafoe also star in the film, which boasts Schrader’s “Taxi Driver” director Martin Scorsese as an executive producer.

In addition to the first look photo, Schrader confirms to Deadline that the film is expected to complete its production this July. The movie was forced to go into a production hiatus in March amid the coronavirus pandemic. At the time of the shutdown, Schrader only had five days left of filming before wrapping “The Card Counter” shoot. Schrader made headlines in March for sharing his outrage over being forced to stop filming.

“Production halted five days before wrap by my pussified producers because an LA day player had the coronavirus,” Schrader wrote on Facebook at the time. “Myself, I would have shot through hellfire rain to complete the film. I’m old and asthmatic, what better way to die than on the job?”

Schrader confirmed to IndieWire in January that Haddish and Sheridan were joining the cast right before the start of production. “I love Tiffany,” the writer-director said of casting the “Girls Trip” favorite. “I’ve never met her, but I was on the phone with her for an hour. She’s a firecracker. It’s like talking to a live-wire connection. She’s very funny and, of course, she makes you funny. When someone’s sharp, that makes you get sharp because you want to keep up. So that’s all good.”

The cast and crew will return to Mississippi this July to finish the final days of production. Per Deadline’s report: “The production will be implementing coronavirus preventative measures to keep cast and crew safe on set, and both the larger crowd scenes and scenes involving intimacy between actors are already in the can so the hope is that it will be smooth sailing to completion.” 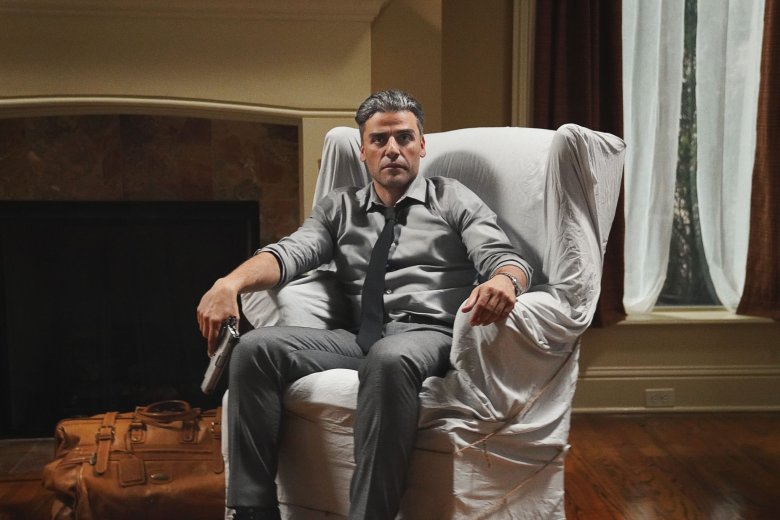