We’re all excited for MTV’s The Challenge to return, as a few of our favorite veteran players will be taking center stage once again in an effort to win the huge prize money and grab the winning title. And it takes a lot more than just physical prowess to win the game. Over the years, we’ve seen none-physical threats get to the end based on their social gameplay alone. And some big-money winners never even had to test their physical and mental strengths in one of the tough eliminations.

Now, everything’s changing. Season 35 promises to be one of the most brutal yet. And host T.J. Lavin is done watching some players get to the end without having to earn their stripes. Here’s what we can expect.

These Vets aren't afraid to get their hands dirty. ? #TheChallenge35

The Challenge has been on television for over two decades. And the show continues to evolve with big prize money, brutal eliminations, and finals that span multiple days at a time. We’ve seen excellent players totally crack under the pressure. And when it comes to the twists and turns that are introduced, no one ever sees them coming.

During Invasion of the Champions, rookies and underdogs were excited to try to win a season where they were just competing against newbies. MTV reminds us the twist involved veteran players coming back into the game, leaving players and viewers shocked by the results.

Another surprising twist occurred during Season 33, War of the Worlds. While everyone competing started in pairs, the pairs were then disbanded, leaving the 14 remaining players to go at it as free agents. And of course, the shocking twist that rocked both Final Reckoning and Rivals III left some players falling to their knees in defeat. 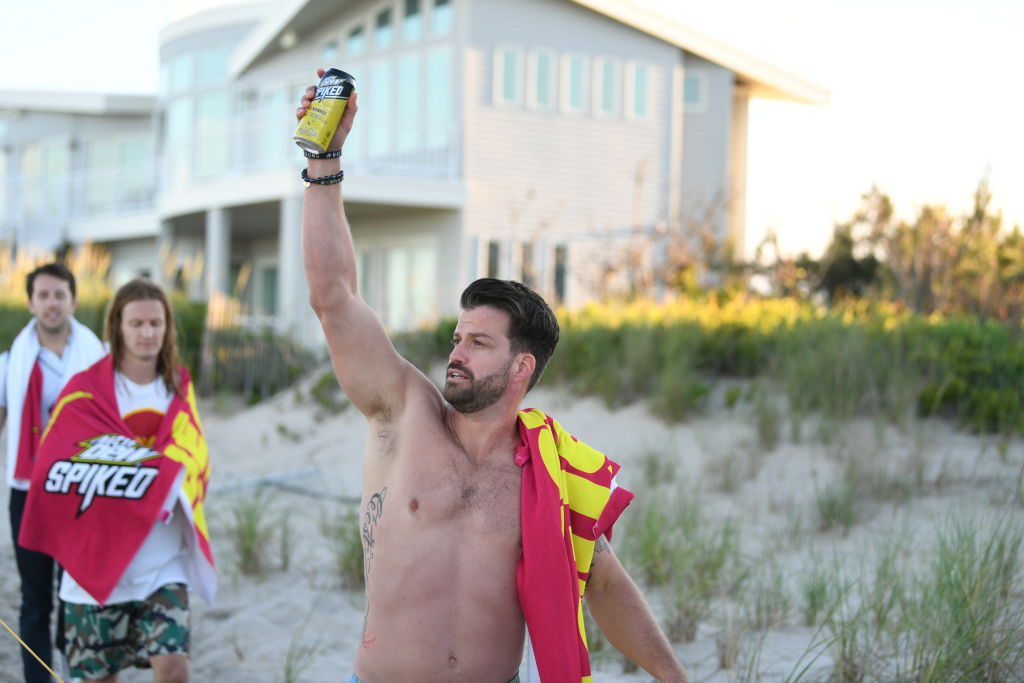 Final Reckoning and Rivals III involved the same twist. Players started the game in pairs. When they got to the finale, each person within each pair would accrue points on their own. The winning pair could split the winnings evenly at the end — but that decision was completely up to the person within each pair who accrued the most points through the final challenge. In both seasons, the one who had the most points took all the money, leaving the partner they worked with the entire time with absolutely nothing.

Johnny “Bananas” Devenanzio was the one to betray Sarah Rice during Rivals III. The two had previously been friends, but Rice sent Devenanzio into an elimination during a previous season — and for that, he never forgave her. This ultimately led him to rip the rug out from under her at the end of Rivals III.

“I maintained from the beginning when I made my decision that it wasn’t about being vengeful and it wasn’t about spite. It was about me looking at the amount of money that was on the line and looking at what I would be able to do with it,” Devenanzio told People. “And then when I factored in the relationship Sarah and I had, or lack thereof, it wasn’t that difficult of a decision for me.”

Host T.J. Lavin says no one’s ‘skating’ to the finish line for Season 35

The highly-anticipated trailer for Season 35, Total Madness, is officially out. “This season, you’re here to prove that you’re the best,” host T.J. Lavin says in the voiceover. “I’m done with people skating by. The only way to make it into a final is to win an elimination.”

This is a brand new twist for the game. And judging from the trailer, this might be the most intense season yet. One player says it looks like they’re playing in a “war zone,” and the typical beautiful Challenge house seems to be replaced by bunkers with no windows.

“I’m surrounded by liars, scumbags, and cry babies,” Devenanzio says in a voiceover. And the trailer states it’s “the most dangerous” yet.

Fans are loving the concept, too. “The concept of ‘no skating by’ might be the best one ever….but we all know certain people will still try to manipulate the system some how. I can’t wait,” one excited fan commented on the trailer.

We’re hoping to get more information on the season soon. Catch the premiere on April 1.