The Chase was back on ITV with the first instalment of the quiz show of the week. Joining Bradley Walsh in the Chaser hot seat tonight was Mark ‘The Beast’ Labbett. But during the final round, viewers thought his questions were slightly easier than the contestants.

The contestants hoping to take a portion of the cash prize home with them was Steve, Virinder, Julie and Pat.

Those watching at home saw Steve up first and after a tidy £6,000 cash builder, he opted to stay in the middle.

As the game begun, it wasn’t long before the comment “first up and first out” left Bradley’s lips. 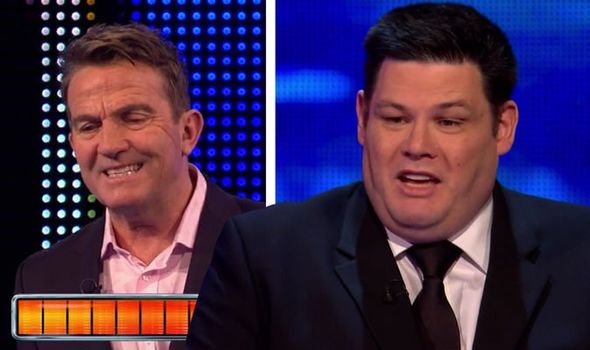 But Mark was on fire and he followed in Steve’s footsteps.

As for Julie, she changed the game pattern and managed to return to the desk with £4,000.

Pat joined her, adding a lovely £6,000 to the prize fund and the Final Chase was then on.

Together they managed to accumulate 18 steps ahead, but when it was Mark’s turn, some viewers criticised the questions he was being asked. 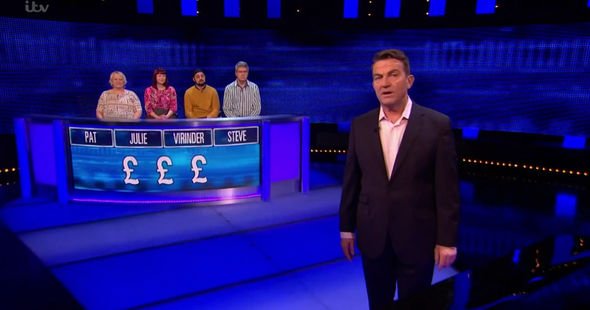 “The company name, what is LTD short for?” Bradley asked and Mark replied: “Limited.”

“Correct. What 1843 Charles Dickens story was set in December?” The host said next and The Beast answered: “Christmas Carol.”

The third quick fire question Bradley asked was: “ What was the last James Bond theme sung by Shirley Bassey?”

“Moonraker,” Mark said and Bradley continued: “Which dictator ruled Chile for most of the 1980’s?” And Mark replied: “Pinochet.” 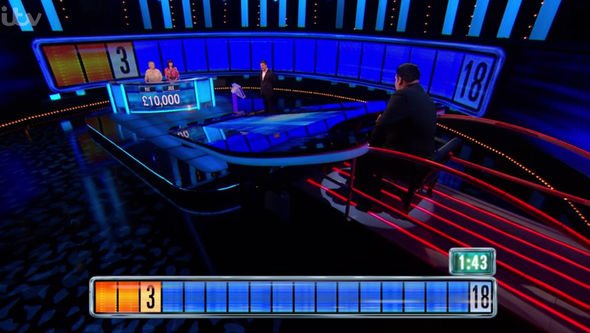 “#thechase  could the chaser have had any easier questions?  I could have answered most,” another remarked.

While someone else added: “That was easy peasy #Thechase.”

Nevertheless, with 20 seconds to spare Mark caught the team up.

They had two attempts to pushback and two were executed, but that still wasn’t enough.

As Mark previously said, the team of two had a 21 percent chance of leaving with the jackpot, but he had a better 79 percent of sending them home empty-handed

The Chase airs weekdays at 5pm on ITV.