The episode starts with the bombshell resignation of Geoffrey Howe, followed by a leadership challenge from Michael Heseltine that only narrowly fails. Mrs Thatcher then calls in her ministers one by one to ask if she has their support ‒ each of them tell her, while she has their personal support, “the numbers” are against her or that it might be time for “new blood”. According to historian Dominic Sandbrook, these events so far were very accurate.

He said: “She made the mistake of having them in one by one ‒ if she’d brought them in together, they’d have probably lacked the guts to stand up to her.

“A lot of them told her they would support her but that she couldn’t win. And basically, overnight, she was done for.”

In the Netflix drama, Mrs Thatcher then turns to the only person she knows who can stop this from happening ‒ the Queen.

She goes to Buckingham Palace and asks Her Majesty to dissolve Parliament to prevent her ousting so that she can deal with the crisis in the Gulf. 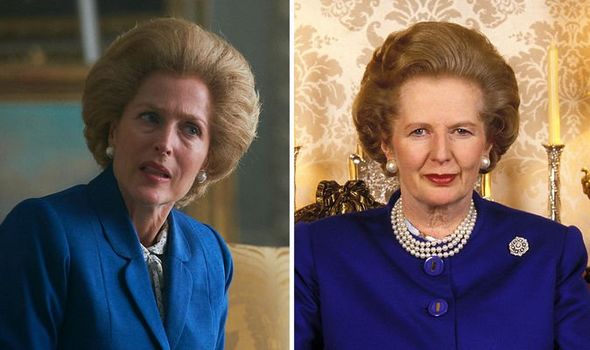 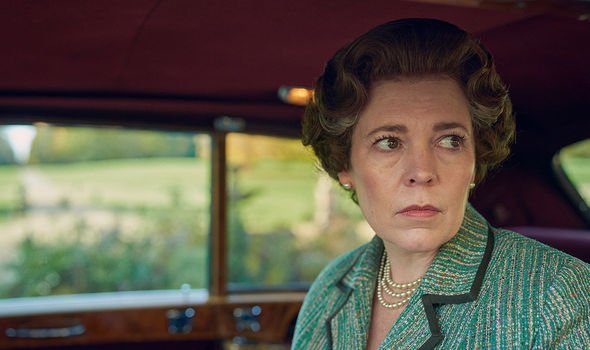 The Gulf War, which took place from August 1990 to February 1991, was a war waged by coalition forces from 35 nations led by the US against Iraq in response to Iraq’s invasion and annexation of Kuwait.

However, according to Mr Sandbrook, the suggestion that Mrs Thatcher asked the Queen to intervene is “a colossal invention”.

He said: “This is total nonsense. There was no meeting with the Queen after Thatcher’s ministers told her to go.

“Actually, this distorts the true drama of events, which is that in the night her ministers told her to go, then the next morning they came to Cabinet and she told them she was resigning, reading the statement in tears; then, when it was over, she went to the Commons and destroyed Neil Kinnock in probably her most famous parliamentary performance. 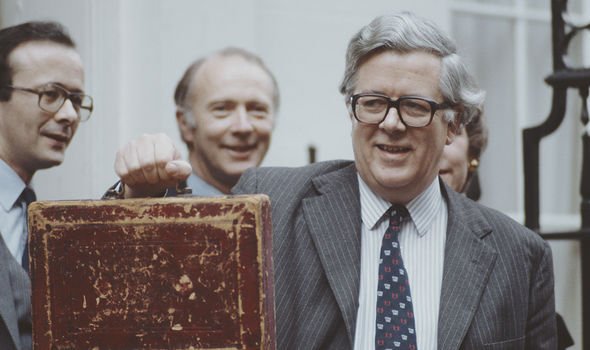 “There was no time for her to go to the Palace amid all that.

“Above all, it’s utterly unthinkable that Thatcher would have asked the Queen to dissolve Parliament.

“It’s such a massive distortion of what happened, and of her character and her relationship with the Queen, that I’m amazed it’s in the series.”

Two days after the leadership challenge, on November 22, 1990, Mrs Thatcher resigned as Prime Minister and leader of the Conservative Party. 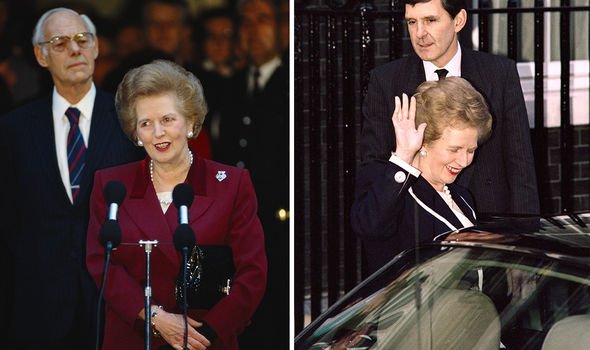 She formally tendered her resignation to the Queen on November 28 and, later that day, in a tearful speech from the steps of Number 10, she said: “Now it’s time for a new chapter to open and I wish John Major all the luck in the new world.”

As shown in The Crown, the Iron Lady’s composure “almost broke” as she got into the car.

After her resignation speech, Mrs Thatcher and her husband Denis were driven to Buckingham Palace, where she had a half-hour meeting with The Queen.

In The Crown, the Queen says: “I was shocked by the way in which you were forced to leave office.

“And I wanted to offer my sympathy, not just as Queen to Prime Minister, but woman to woman.”

Mr Sandbrook said that the Queen might well have thought the way Mrs Thatcher was ousted was “a bit harsh”, a female leader kicked out by all the men who “haven’t shown much gratitude”.

He said: “She might also have thought it was a grubby way out for a woman who had won three elections.

“But did she say as much? Who knows?”

As in The Crown, the Queen bestowed the Order of Merit on Mrs Thatcher ‒ although in real life this came two weeks after her resignation, not straight away.

In 1992, Mrs Thatcher was given a life peerage as Baroness Thatcher, which entitled her to sit in the House of Lords.

The Queen attended her funeral in 2013, elevating its status to that of state funeral in all but name.

Mr Sandbrook made his comments speaking to BBC HistoryExtra.