SPOILER ALERT: The story below reveals major plot points from tonight’s episode of CBS’ The Equalizer.

Chris Noth made his final appearance in the CBS series The Equalizer on the January 2 episode titled “Separated,” and his character William Bishop was written out in Sunday night’s episode. 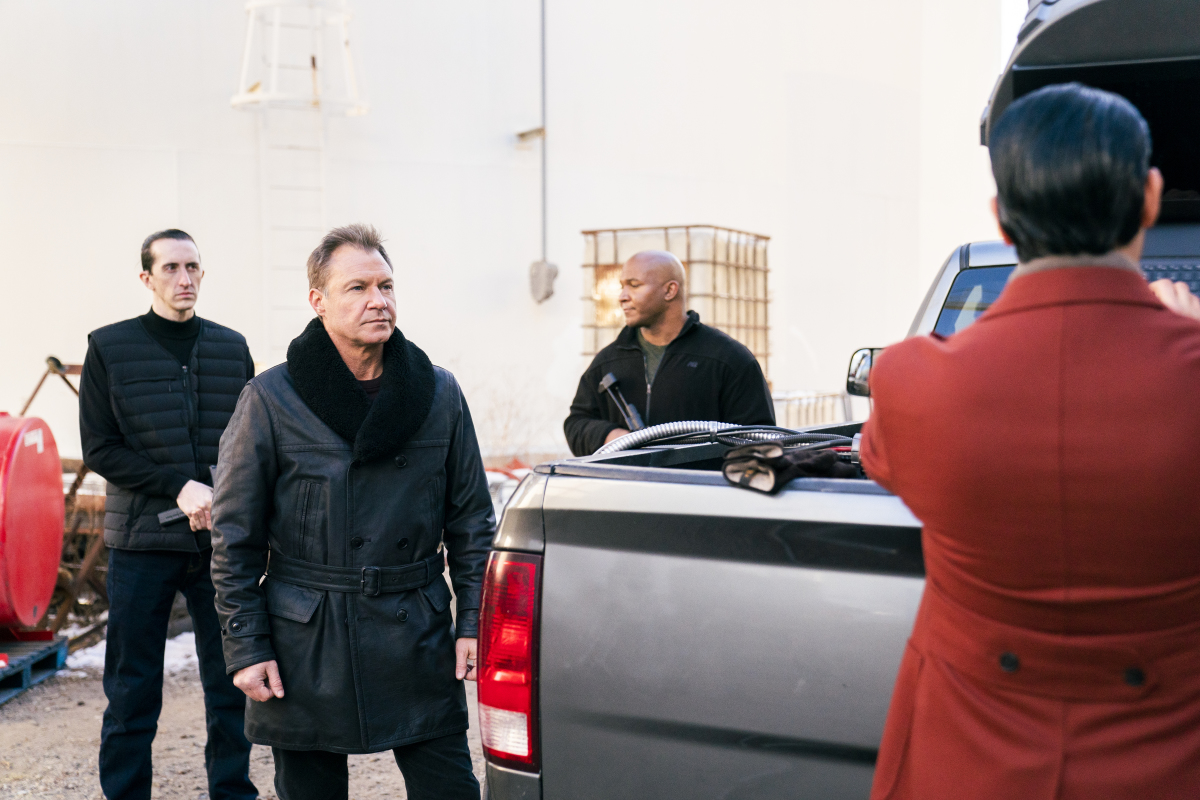 Noth was fired from the show following accusations of sexual assault were made against the actor by multiple women. He has since denied the allegations.

In the episode titled “Pulse,” Robyn McCall (Queen Latifah) learns the man who once tried to kill her, Mason Quinn (Chris Vance), is involved in her latest case. McCall describes Quinn as a sociopath.

“He has no country, no allegiance, or conscience,” McCall says while describing the villain. “Assassinations, kidnappings, overthrowing governments—he’ll do anything for a price.”

As the case begins to unravel, McCall reveals Bishop once gave her a folder on Quinn though he warned her not to look at it. The reason for that is that McCall previously became obsessed with bringing Quinn down that nearly left her dead.

Harry (Adam Goldberg) suggests McCall reach out to Bishop for help, but says she can’t because he’s radio silent while working on a case in Europe.

That case is later revealed to be connected to the episode’s mystery and Quinn.

McCall discovers there’s a deadly weapon about to land in Quinn’s lap and he will, in turn, sell it to the highest bidder. Bishop attempts to stop the bad guys but Quinn brings down Bishop’s plane and it is assumed he and any flight mates are killed on impact.

Bishop is dead and Quinn got away.

McCall will have to again deal with letting Quinn get away, but this time the stakes were higher. He got away after killing her mentor.

In the final beats of the episode, she gets a call and the identification on the phone says Bishop. She desperately calls out for him, but it’s Quinn on the other line.

“This is the second time you’ve gotten in my way,” Quinn says. “Don’t come for me again because then I’ll have to come after you.”

McCall visits Marcus Dante (Tory Kittles) at home where he’s convalescing. She needs a friend desperately and he says she’s found one.

Sam Elliott Apologizes For ‘Power Of The Dog’ Comments: “I Feel Terrible About That”