On Saturday night, ITV host Joel Dommett was back to host The Masked Singer’s sister show, The Masked Dancer. The first instalment saw Zip, Knickerbocker Glory, Beetroot, Llama, Viper and Scarecrow take to the stage to bust out their best dance moves. However, in the end, the judges voted for Viper to leave the competition and he was revealed to be Diversity star, Jordan Banjo.

Speaking after his unveiling, the professional dancer told Joel: “This entire experience was worth it just to be called Anthony Joshua,” as he referred to Davina McCall’s incorrect guess.

“I just know you so well,” Oti laughed. “I had the privilege of dancing with Diversity.

“I know how you move. I was like ‘I’m dancing with him right now’.” 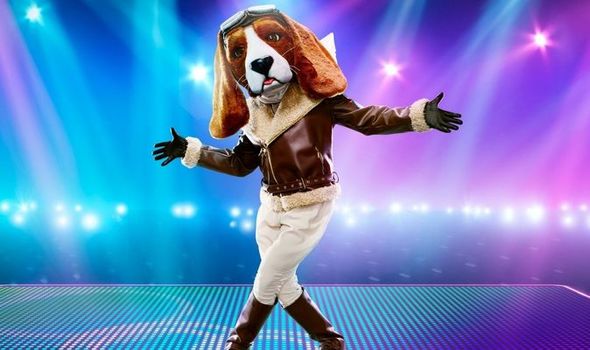 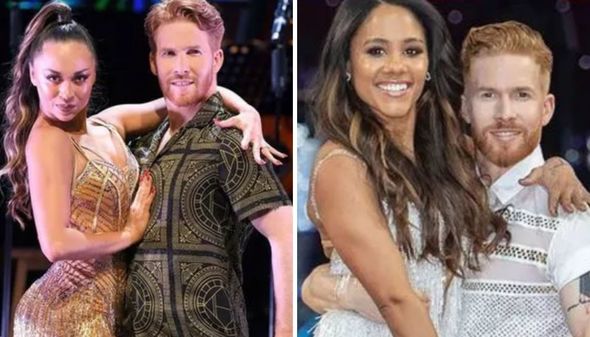 Jordan went on to admit that the only person who knew he was doing the show was his brother Ashley Banjo.

“The only one who knows is Ash and I have been kicked out on the first show so he might sack me,” the dancer joked.

Speaking about why he wanted to take part in the show, he added: “The past 12 months everyone has just been in a place where it’s like, it hasn’t been fun.

“Something like The Masked Dancer is like coming on here dressing up stupid and having a laugh.” 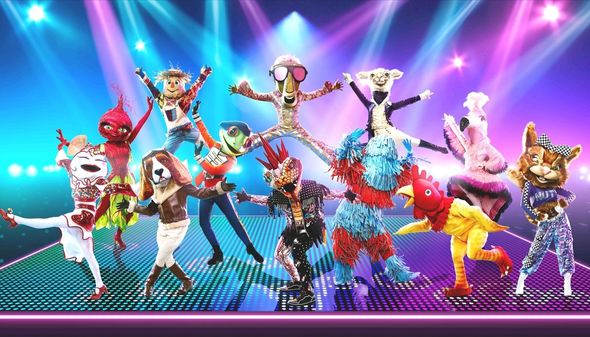 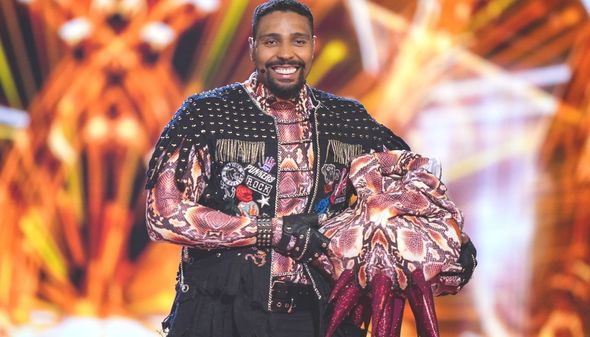 Judge Mo Gilligan guessed Jordan correctly, as did Oti Mabuse who also made her debut on the judging panel.

As usual, ITV viewers have had their detective hats on and have been coming up with their own theories as to who could be behind the masks.

So far, fans believe that TV chef Nigella Lawson could be Knickerbocker Glory.

Performing to Telephone by Lady Gaga and Beyonce, Knickerbocker Glory impressed the judges with their dancing skills.

Others have suggested that Zip, who was the first to perform, could be JLS star, Marvin Humes.

At the end of Saturday’s programme, viewers got a first look at the remaining celebs who will perform on Sunday night.

Squirrel, Carwash, Flamingo, Rubber Chicken, Frog and Beagle will battle it out in a bid to stay in the competition.

Beagle has certainly got viewers’ attention and many have thrown Strictly Come Dancing star Neil Jones into the mix.

The canine character is dressed in a shearling jacket and long brown leather boots.

The mask also looks similar to the Rottweiler costume from the second US season of The Masked Singer.

Neil has also thrown fuel to the fire when one of his Instagram followers asked him whether he was taking part in the show.

The professional dancer was taking part in an Instagram story Q&A when he teased that he could be on the show.

Sharing a snap of him with his finger to his lips, Neil teased: “Now, that’s a secret you’ll just have to wait and see.”

With fans already thinking that Beagle is a man, could it be Neil behind the mask?

The Masked Dancer on ITV & the ITV Hub continues at 7.30pm on Sunday