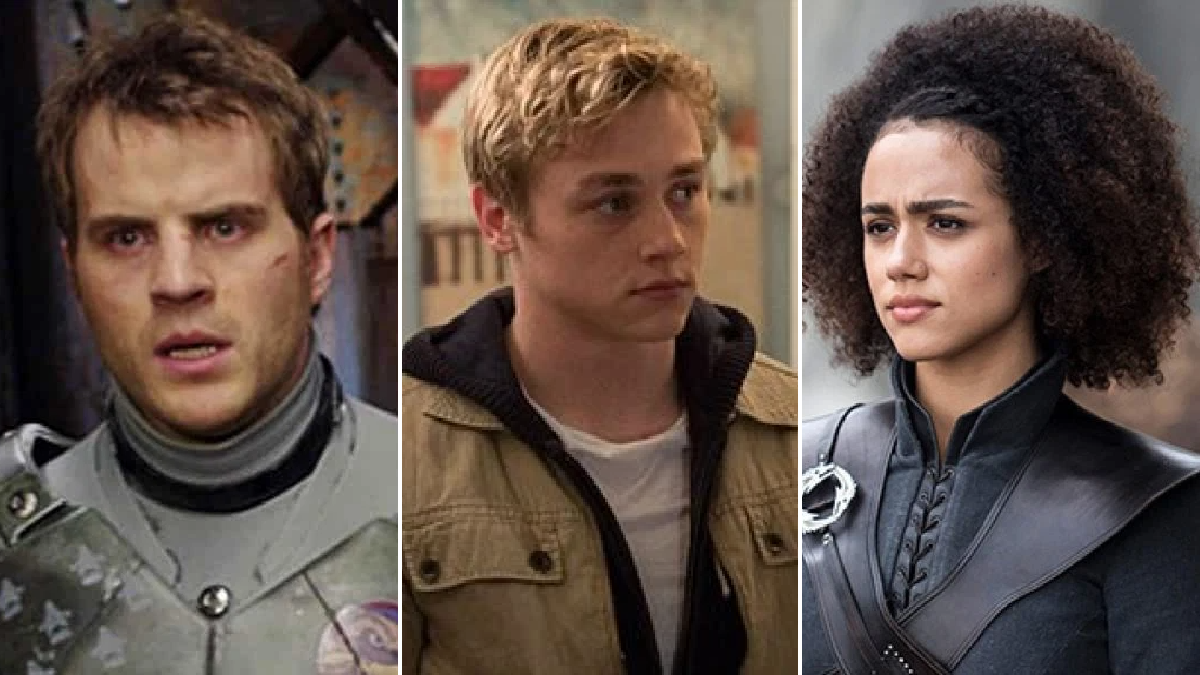 For an actor, the pinnacle will always be the fame and glamour of Hollywood; of LA red carpets and being papped shopping on Rodeo Drive, which is about as far away as possible from the kitchen sink world of British soaps.

Many have gone and found success whilst some took the leap and did not find what they were looking for and in an increasingly globalised media and the rush for scripted content in the age of streaming, an increasing amount of soap actors are jetting off in search of the Hollywood gold rush.

In the last couple of years Ben Hardy has gone from being the sixth incarnation of Peter Beale to X-Men: Apocalypse, Michael Bay’s 6 Underground and playing Roger Taylor in Bohemian Rhapsody. It’s an extraordinary rise in stature as he plays a main role in each massive movie, embarking on a journey and succeeding where so many others have failed because breaking Hollywood as a Brit is not easy.

Patsy Palmer, known to the nation as flame haired and fiery tempered Bianca Butcher left Walford for Hollywood but the biggest role she has thus far landed is in a Best Buy commercial. While she has done a bit of DJing and her teenage girls are burgeoning models, she has yet to find the kind of fame she presumably would have liked.

Nikki Sanderson, famous for playing hairdresser Candace in Corrie seemed like a perfect fit for an American sitcom – she’s talented, funny, charming – but it never quite happened for her. She landed a small role in straight-to-DVD horror sequel Boogeyman 3 but came back to the UK and has been a Hollyoaks staple since 2012, appearing in over 500 episodes, with fantastic performances and hard hitting storylines.

The success stories have become more common in recent years. As well as Hardy finding success, ex-Eastender Rob Kazinsky can be seen in Hollywood blockbusters Pacific Rim, Captain Marvel and Warcraft. He also had a stint on HBO hit True Blood.

Ricky Whittle also swapped Hollyoaks and a second place finish on Strictly Come Dancing for the lead role in American Gods where he top lined a cast that included Ian McShane, Emily Browning and Pablo Schreiber.

But it’s Nathalie Emmanuel who has made the biggest stateside impression.

She had a fairly unmemorable role in Hollyoaks for four years, leaving in 2010 to become a Hollywood franchise player. Emmanuel was cast as slave turned consigliere Missandei in Game of Thrones, the most notable actor of colour in a show that became the biggest pop culture phenomenon on the planet.

She has also landed roles in the Fast & Furious series and the Maze Runner sequels because she is a fantastic actor and since Game of Thrones ended she has been the lead in the streaming remake of Four Weddings and a Funeral and also landed a role in Army of Thieves, a prequel to Netflix’s upcoming blockbuster Army of the Dead.

These stars are building on the shoulders of the nineties soap actors who found fame and fortune in la la land. The likes of Anna Friel (Brookside), Matthew Marsden (Coronation Street) and Sean Maguire (Eastenders) all became fixtures in American film and TV throughout the 00s and their careers are still going strong – Friel was outstanding in season 2 of The Girlfriend Experience, Maguire has found a niche in fantasy dramas such as Once Upon a Time and The Magicians and Marsden can be briefly seen in Christopher Nolan’s Tenet.

What this disproves is the long-held snobbery that surrounds soap actors regarding their talents. There’s plenty of talent in the soap world that can succeed at any level, look at David Neilson who has played Roy Cropper for over 25 years in Coronation Street.

Fantastic actor but in the UK will never be allowed to escape that legendary character, which really gets to the crux of why soap stars want to cross the pond.

Starring in soaps for an extended period of time leads to audiences and producers thinking actor and character are one and the same so to find recognition they have to go to somewhere new and where better than Hollywood?