The post-apocalyptic series inspired by Robert Kirkman’s iconic run of comic books has been acclaimed throughout its ten season tenure on AMC.

Post-production on the season ten finale, A Certain Doom, is currently on hold due to the coronavirus pandemic, but fans are hoping the current instalment will conclude later this year.

In the meantime, special effects wizard and key director for the series Greg Nicotero has shed light on some of the most pivotal moments of The Walking Dead’s storied history.

Among the series’ most iconic moments, no brutal sequence has pervaded pop culture quite like the introduction of Negan, and the subsequent deaths of fan favourites Abraham Ford (Michael Cudlitz) and Glenn Rhee (Steven Yeun). 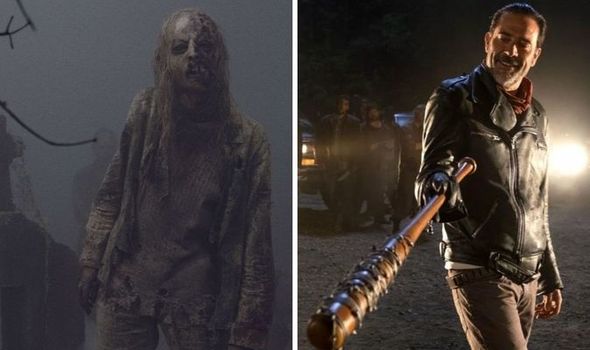 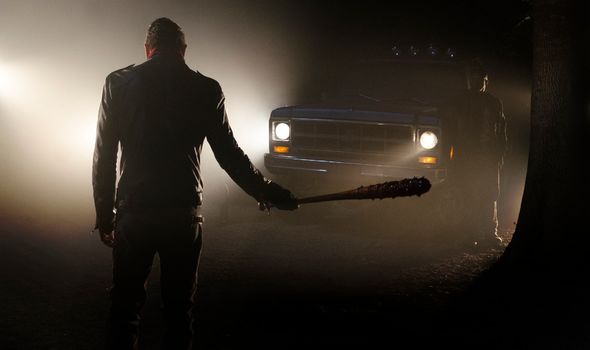 In addition to taking on hordes of zombies, the series has become renowned for its complex human drama, including the ongoing wars between hostile factions of survivors.

Before the introduction of TWD’s current adversary, the Whisperers, Rick Grimes (Andrew Lincoln) and his team of resourceful survivors took on Negan and his oppressive army, known as the Saviours.

Throughout seasons six and seven, Rick and the others manage to deal several critical blows against the oncoming storm of brutal survivors, but their leader, Negan, wasn’t going to let the group’s efforts go unchallenged.

In the season seven premiere, The Day Will Come When You Won’t Be, Negan wields a baseball bat wrapped with barbed wire to viciously take the lives of Abraham and Glenn. 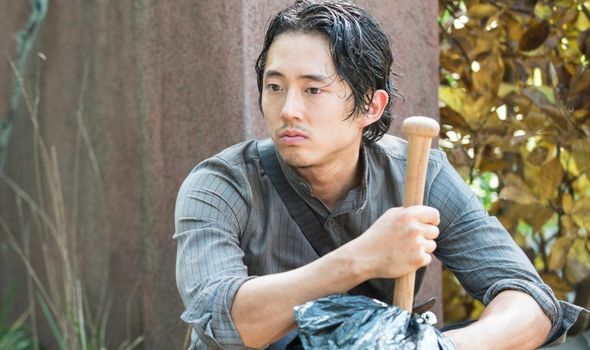 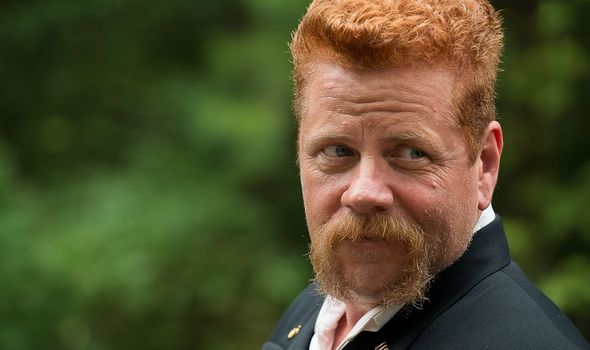 Their deaths were depicted in gory detail, and some viewers marked the episode as the moment The Walking Dead went a step too far in terms of violence.

Greg Nicotero took on directing duties for the episode and, in a recent discussion with entertainment outlet Collider, revealed some tough moments on set for the cast and crew during filming of the pivotal scene.

He told Collider: “Listen, to be really honest, you know, the Glenn and Abraham episode, it was rough.

Despite not every moment in Robert Kirkman’s graphic novels making it into the television series, Glenn’s death was considered too important to miss.

However, when fans witnessed the popular character’s face being mangled by Negan’s bat, rendered with impressive and convincing practical effects, some found it too much to handle.

Greg continued: “It really bothered me so when that moment came up in the show and I was really tight with Michael Cudlitz and really tight with Steven Yeun, and I knew that that was gonna land on my shoulders to direct that episode.

“I went in and I directed the best episode that I could direct knowing that I was breaking people’s hearts.”

Thankfully, the cast were still able to have fun on set, with Jeffrey Dean Morgan confirming star and director for the series Michael Cudlitz improvised Abraham’s crass last words: ‘suck my nuts’.

Chatting on his new reality show Friday Night In With The Morgans, Jeffrey said: “It just was our kind of a moment that we got to have, and I still to this day get baseball bats to sign that you signed that say “suck my nuts,” and it makes me fall on the f**king floor every time.”

Glenn and Abraham’s grisly deaths may have been tough to shoot, but the season seven premiere still stands as one of the all time greats in TWD’s long history.

The Walking Dead season 10 is hoped to conclude later in 2020 on AMC.

Related posts:
May 20, 2020 TV and Movies Comments Off on The Walking Dead director hits out at ‘senseless’ death: ‘I was really disturbed’’
Celebrity News:
Lauren Ambrose Tapped for Regular Role on 'Yellowjackets' Season 2 as Adult Van
Britney Spears Hits Back Ex-Husband for Saying She Hasn’t Seen the Boys for Months
Strictly Come Dancing signs Loose Womens Kaye Adams as fourth 2022 contestant
Jamelia pregnant! Star shares baby news with beautiful pics alongside her 3 daughters
Love Island winners Davide and Ekin-Su on cloud 9 as they arrive back in the UK looking happier than ever
Recent Posts