After a series of delays and scheduling shake-ups caused by the coronavirus pandemic, The Walking Dead is finally making its comeback to AMC and Fox UK next month. And the promo for the extended season 10 episodes prove there’s plenty of action-packed drama on the way, from a showdown between Maggie (played by Lauren Cohan) and Negan (Jeffrey Dean Morgan) to the introduction of newcomers Lucille (Hilarie Burton) and Mays (Robert Patrick). However, following the promo, fans are tipping a deadly conclusion to the Maggie and Negan feud.

There is no love lost between Negan and Maggie after he killed her husband Glenn (Steven Yeun), helped the Whisperers burn Hilltop to ashes, and has now been accepted by Maggie’s closest friends.

And while they briefly teamed up to defeat the Whisperers in the season 10B finale, Maggie’s acceptance of the former Saviour isn’t going to come easy.

Especially after a promo from The Walking Dead season 10C teed up a showdown between the pair.

While there’s plenty of Walker danger on the way for a number of characters in the promo, focussing on the first sign of Maggie, fans get a glimpse of her shielding from a nearby explosion. 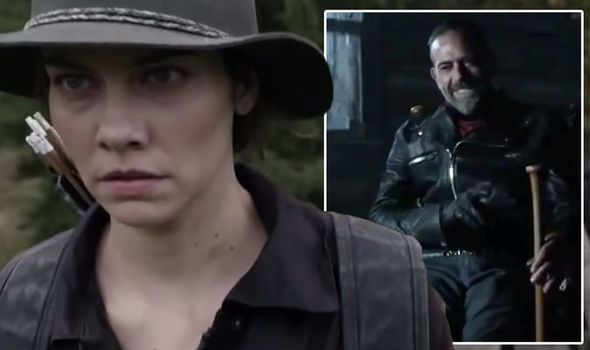 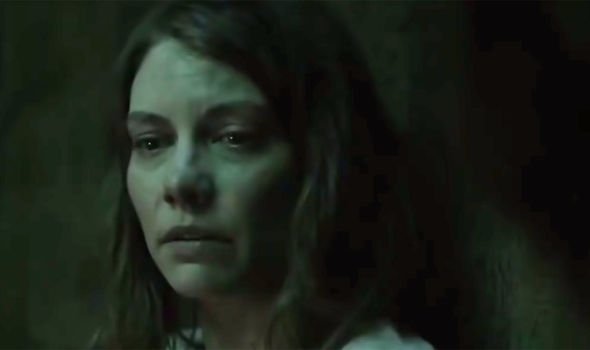 As the trailer unfolds, fans hear a conversation between Maggie and Daryl, with the latter saying: “You could come on home.”

Maggie then brings up her and Glenn’s son Hershel, explaining: “He asked how his daddy died.

“I told him that a bad man killed him,” she adds. “And he wanted to know if that bad man got what he deserved.”

The promo then cuts to a tense-looking and readied for battle Maggie walking with her masked ally that fans were introduced in the final moments of season 10, part two. 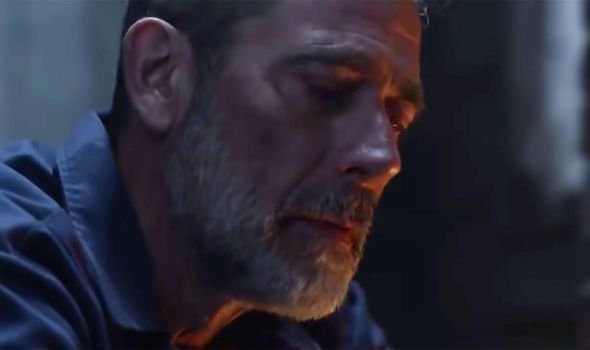 The conversation cuts away for a split-second to show Negan’s famous barb-wired bat, Lucille, being cleaned – although it’s not revealed if this is by the former villain.

However, just as the promo comes to an end, fans are given the biggest clue yet that Negan’s evil ways may not have left him.

As Negan crouches by a fire, he suddenly hears a voice saying: “Little pig, little pig. Let me in.”

He turns to see a hallucination of himself in his leather jacket and holding Lucille, the attire synonymous with his days as the leader of the murderous Saviours.

There is also another blink-and-you-miss-it scene which appears to show Negan wielding Lucille bursting his way out of a burning building.

Now, while the trailer doesn’t show Negan and Maggie in shot together, these clues certainly hint at an explosive showdown between the two.

If Negan were to revert back to his Saviour ways and with Maggie seemingly unconvinced he got what he deserved following the conversation with Hershel – surely a deadly face-off is on the cards.

And several fans seem in agreement, with a number tipping Maggie to come out on top and kill Negan before season 10 is out.

One rather apprehensive TWD fan addressed the theory on Twitter, saying: “Maggie will freak out and kill Negan [sad emoji]. Please don’t die Negan. I said if he or Daryl died I would stop seeing TWD, please no.”

While a second echoed the evidence, although they too weren’t keen on the possible outcome: “I beg you reassure me… I don’t want Maggie or Hershel JR to kill Negan. I don’t want to believe in this theory.”

And responding to the trailer via Skybound’s YouTube, another fan was convinced: “She (Maggie) will change her mind, cause she only left him there for the simple reason that he was even worse than dead and she wanted him to be alone in there forever, without having the chance to meet his wife in the afterlife.

“Cause that’s what he begged for when she was down in the cell, he said ‘I want to be with Lucille’. Now hes like ‘a part’ of the group somehow, living a kinda good life, better than in the cell at least, she will change her mind. And she deserves the closure, just like everyone else in the damn show got before.”

The Walking Dead season 10 resumes on AMC on February 28 and FOX UK the following day.