HILLTOP was left in ashes after The Whisperers’ brutal attack on the latest episode of The Walking Dead.

Alpha (Samantha Morton) has long threatened to use her horde to destroy the allied communities and this week she kicked off her assault with a siege on Hilltop. 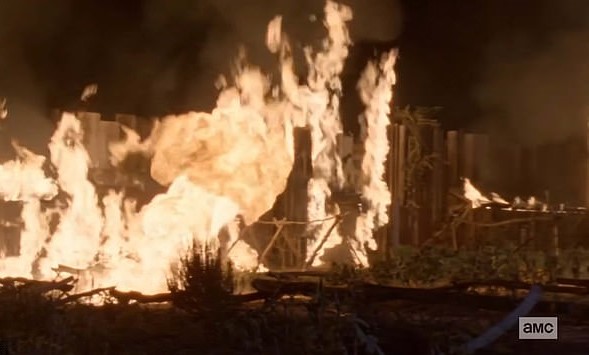 Negan (Jeffrey Dean Morgan) did his best to get the leader of The Whisperers to reconsider and push for her enemies’ surrender rather than their extermination.

“I thought you wanted them to join us,” he began, but Alpha insisted she’d be just as happy with her victims joining them beyond the grave as part of her zombie horde.

“I get why you want to take out Hilltop and Alexandria, it would feel good,” he tried again.

“But you know what might feel goddamned fantastic? Getting those a**holes to surrender. Bend a knee… We can get them to join us.” 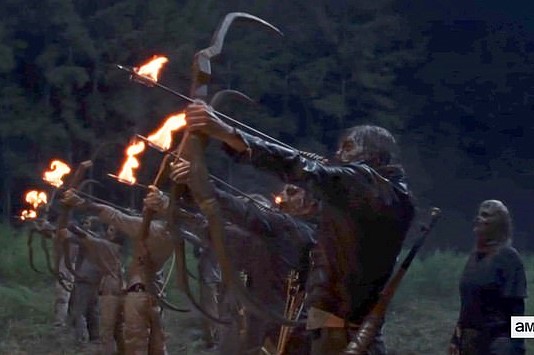 Once against the appeal fell on deaf ears as Alpha lead her forced forward chanting: “We are the end of the world, we take them all!”

Upon arriving at Hilltop, Daryl (Norman Reedus) and Lydia (Cassady McClincy) were quick to put a halt to Kelly (Angel Theory) and Yumiko’s (Eleanor Matsuura) plans to lead a search for Connie (Lauren Ridloff) and Magna (Nadia Hilker) after the cave explosion.

Lydia warned: “You can’t go out there, my mother’s coming.

“She doesn’t need to go around you, she’ll just run through you.” 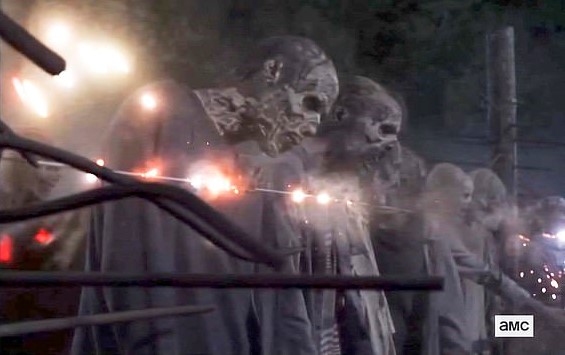 The town agreed to evacuate and flee to Oceanside to consider their options, but quickly found that the roads had been blocked, with the routes lines with walkers hanging from trees.

“All the roads are going to be like this now. We ain't gettin' through. It's Negan. He's with her now,” Daryl observed.

After returning to Hilltop, the group realised they had no choice but to make a stand, with Daryl confirming: “If we had a window to get out, we just missed it.” 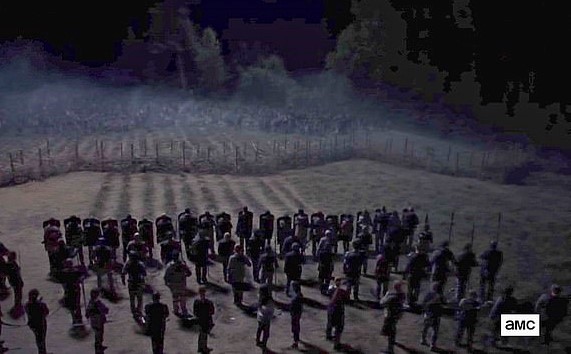 “We got catapults up on the walls. A damn good militia. This is what you all been practicing for,” he tell the assembled crowds.

“Do whatever you need to get your heads on straight. This is going to be the fight of our lives.”

When it came to planning, Daryl and Ezekiel established that as a last resort, one of them would get the children out of the town and flee on foot.

Before long the horde was on their doorstep, with the first wave taken out by an electric fence engineered by Eugene (Josh McDermitt).

Another fence of barbed wire saw many of the next wave get ensnared while Hilltop’s soldiers disposed of them with spears. 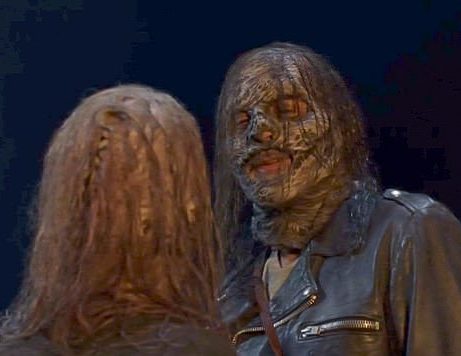 However, at this point The Whisperers played their trump card, using slingshots to propel flammable tree sap over the enemies before shooting at them with flaming arrows.

Soon the town was aflame, with Alpha and Negan watching over the ruins as the residents found themselves trapped between the burning rubble and advancing horde.

The death toll remains a mystery, but no doubt the casualties will become clear in next week’s episode.

The Walking Dead airs on Sunday's on AMC in the US and on Mondays on Fox in the UK.