The 2021 Sundance Film Festival is off to one of the fastest, most acquisition-heavy starts in history — with lots of presales, big buzz around documentaries and one record-shattering $25 million sale so far.

“The market is going strong and films are selling faster and sooner this year,” one top sales agent told TheWrap. “That’s partly the result of the efficiency of the festival, where we can screen the films quicker for buyers. The number of people we get to screen films for is so much higher and it’s faster and easier.”

“It’s going really well,” Josh Braun, co-founder of the hybrid sales, production and distribution company Submarine, told TheWrap. “At any normal Sundance, you often get to Sunday night and you evaluate what the market looks like and, traditionally, you feel like this dam is about to burst and all the announcements come Monday and Tuesday. This year, it’s different, in that all the premieres will have happened at the end of tonight.”

In the past four days, Sony Pictures Classics picked up the documentary “Jockey,” Neon made a seven-figure deal for the animated documentary “Flee” and bought the Alvin Ailey doc “Ailey,” and Apple broke festival sales records with its $25 million acquisition of “CODA.” And that doesn’t include sales of films before the festival even started, with RLJE Films buying Nicolas Cage’s “Prisoners of a Ghostland” and Juno picking up “The Most Beautiful Boy in the World.” 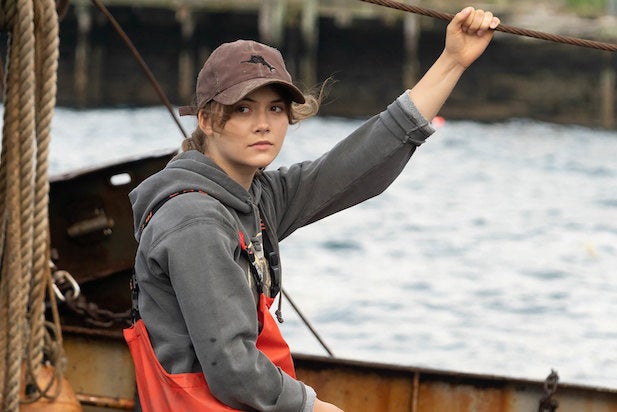 For veterans of the festival, this year’s red-hot pace of early acquisitions was a throwback — especially since at last year’s festival, none of the major buzzy films had sold four days in. “A few years ago, it seemed like a lot of titles were gone by the end of opening weekend, but over the last few years, things have taken more time and sales have happened further into — and even sometimes weeks after — the festival,” one producer told TheWrap.

But this year, the opening days of the festival have sparked some heated bidding wars, and many of the buzzy films, especially in the documentary competition, are garnering a lot of interest from buyers. Docs like “Summer of Soul,” “The Sparks Brothers” and “Rita Moreno: Just a Girl Who Decided to Go for It” and features like Rebecca Hall’s “Passing” are hot right now, according to multiple insiders.

“Buyers seem keen on finding that next doc that could be an international feature Oscar-entry, as well as a Best Documentary contender,” Braun said.

And with the pandemic disruption to both new productions and release slates, there are a lot of companies clamoring for content. “Every major media company is poised to buy,” the sales agent said.

“It was a tough year for production and a lot of people saved their films for Sundance, especially on the documentary side, and people are coming ready to buy,” the seller said. “The other thing we are seeing is the effect of media companies consolidating and they are acting as corporate entities instead of smaller media companies.”

Hulu, which teamed with Neon last year for the then-record acquisition of the Andy Samberg-Cristin Milioti rom-com “Palm Springs,” can partner up with corporate parent Disney’s overseas streaming service Star for worldwide distribution deals, insiders have noted. In addition, WarnerMedia “realized they have to compete in the streaming space and they need to use the full might of the media company,” the seller said.

The virtual nature of this year’s Sundance has also led to quicker sales, with insiders crediting festival organizers for creating a platform that makes viewing films easy — while everyone operating remotely makes setting up Zoom calls or meetings less of a hassle than face-to-face haggling in Park City. 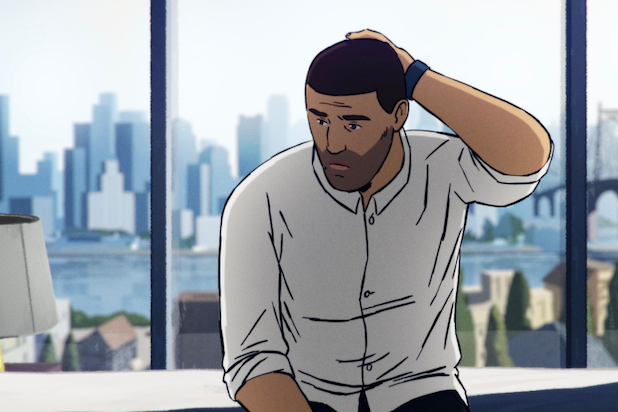 “Sundance nailed it,” the seller said. “The films on the Sundance platform have had an incredible response in a way that doesn’t happen in person because now, no one is running around to the next screening and you can take your time discussing the films.”

Braun, who is selling films like “Rebel Hearts,” “Try Harder” and the Rita Moreno doc at the festival, said the smaller number of titles has contributed to fast, aggressive sales. After all, there is a 43% drop in the number of features included in this year’s festival compared to last year (from 128 to 73). Fewer films creates more urgency, he explained, putting pressure on those needing to find content. “It’s like a pressure cooker,” he said.”There are a lot of buyers out there, so it’s really less titles available and all those buyers being hungry,” he said. “My hope is that there is something for everyone.”

As TheWrap reported ahead of the festival, many distributors and streamers are looking for finished films since new productions have been stop-and-start under pandemic protocols. “There’s a lot of people that need to buy content,” the seller said. Despite the initial optimism about this year’s sales market, no one predicted a massive sale like Apple’s $25 million “CODA” buy.

Amazon and Netflix, who usually are front and center of the sales, have been quiet so far. But the festival is still going on for three more days, and insiders expect the market to remain strong well beyond that with lots of opportunities for the streamers to swoop in with acquisitions. “I expect that over the next days, there will be many films sold — there is lots of action but probably nothing to announce quite just yet,” the seller said.

“I don’t think that it’s likely that there will be more $25 million sales, but it’s what drives the excitement in the world,” Braun added. “It’s clear from talking to buyers that they want to find a film and close the deal quickly. By Monday, I think the floodgates will open.”