THIS Morning fans were in hysterics today when Alice Beer strapped on a futuristic jet-pack to "take to the skies".

However, the 55-year-old only managed to make it a few centimetres from the ground in what one fan called an "absolute shambles". 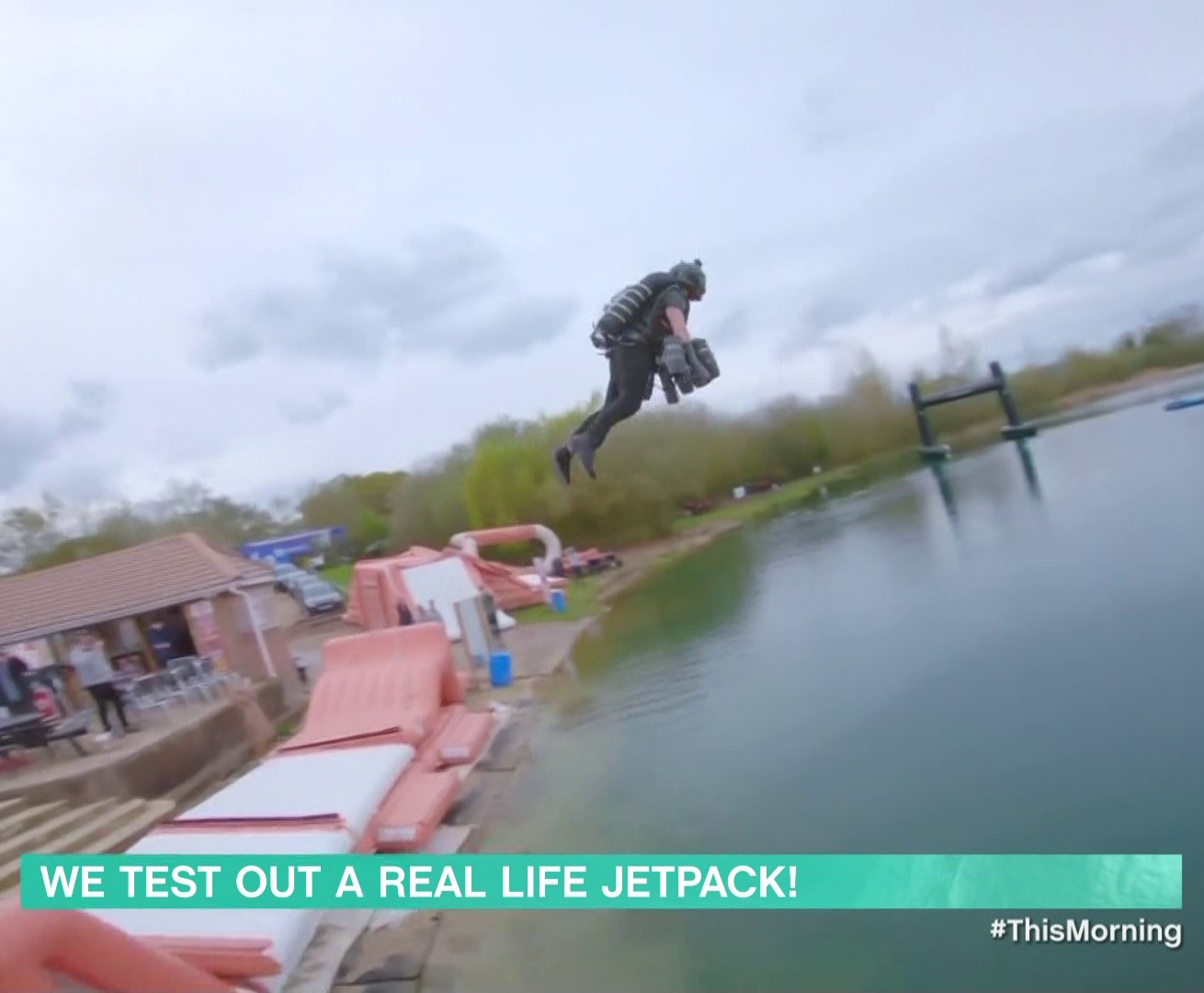 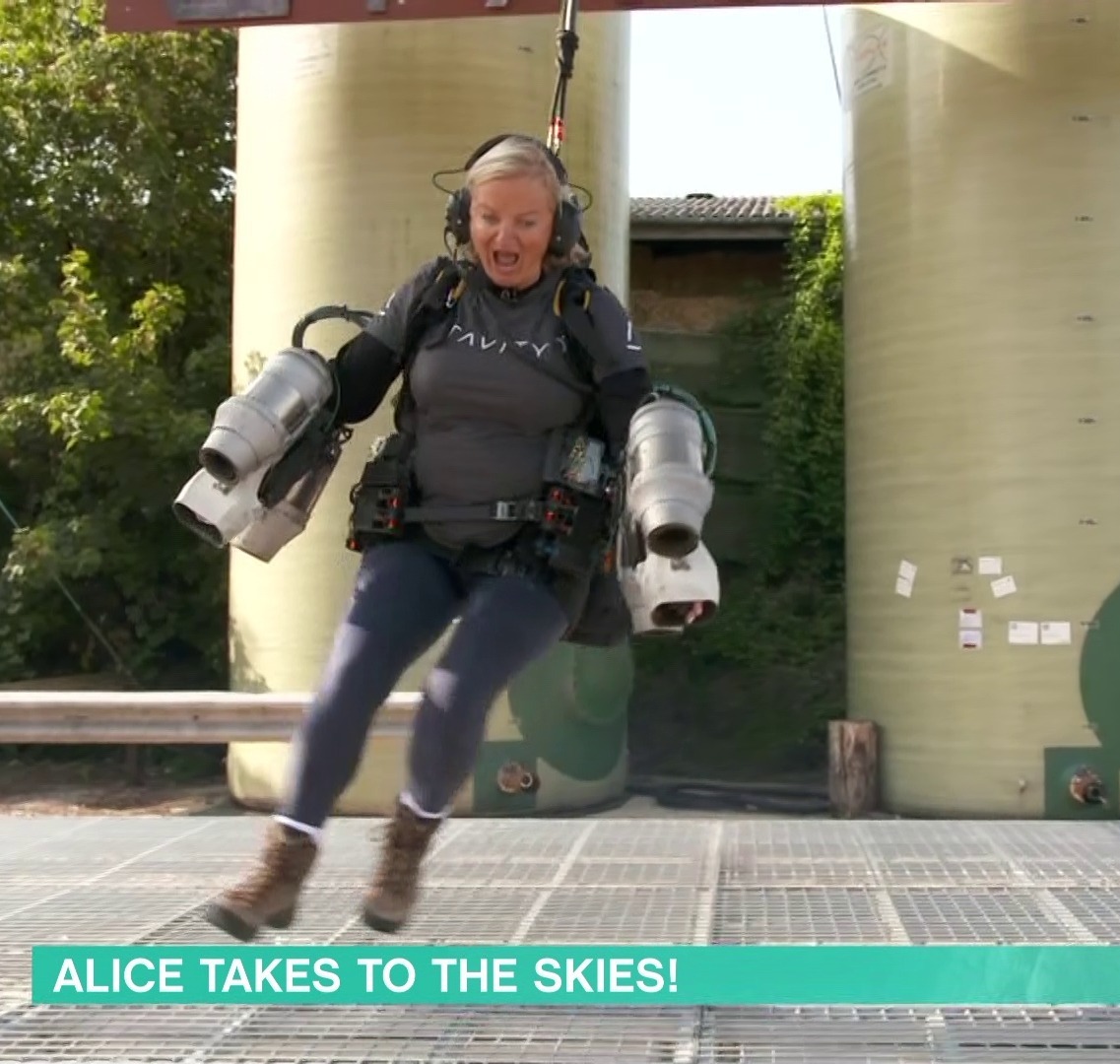 Viewers were shown expert Richard Browning soaring through the sky and flying over a lake.

But Alice didn't manage to reach quite the same kind of heights, staying firmly rooted to the ground while the jet pack powered up.

She did eventually make it a little way off the ground but wound up spinning around while attached to a rope.

As she got flung around, host Holly Willoughby laughed: "She's going to be so dizzy. It's hard to know if it's the winch that's hoiking her up or the pressure." 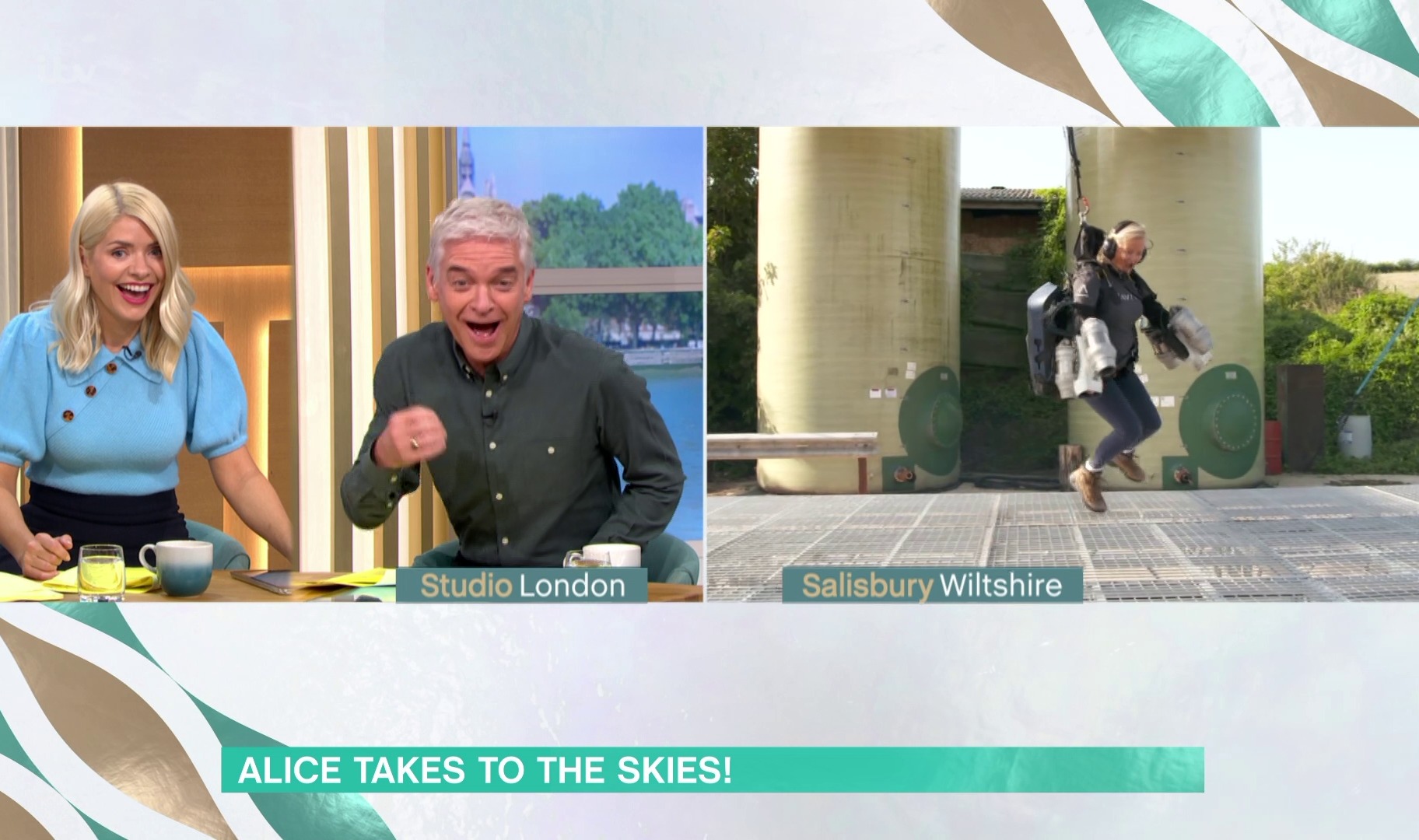 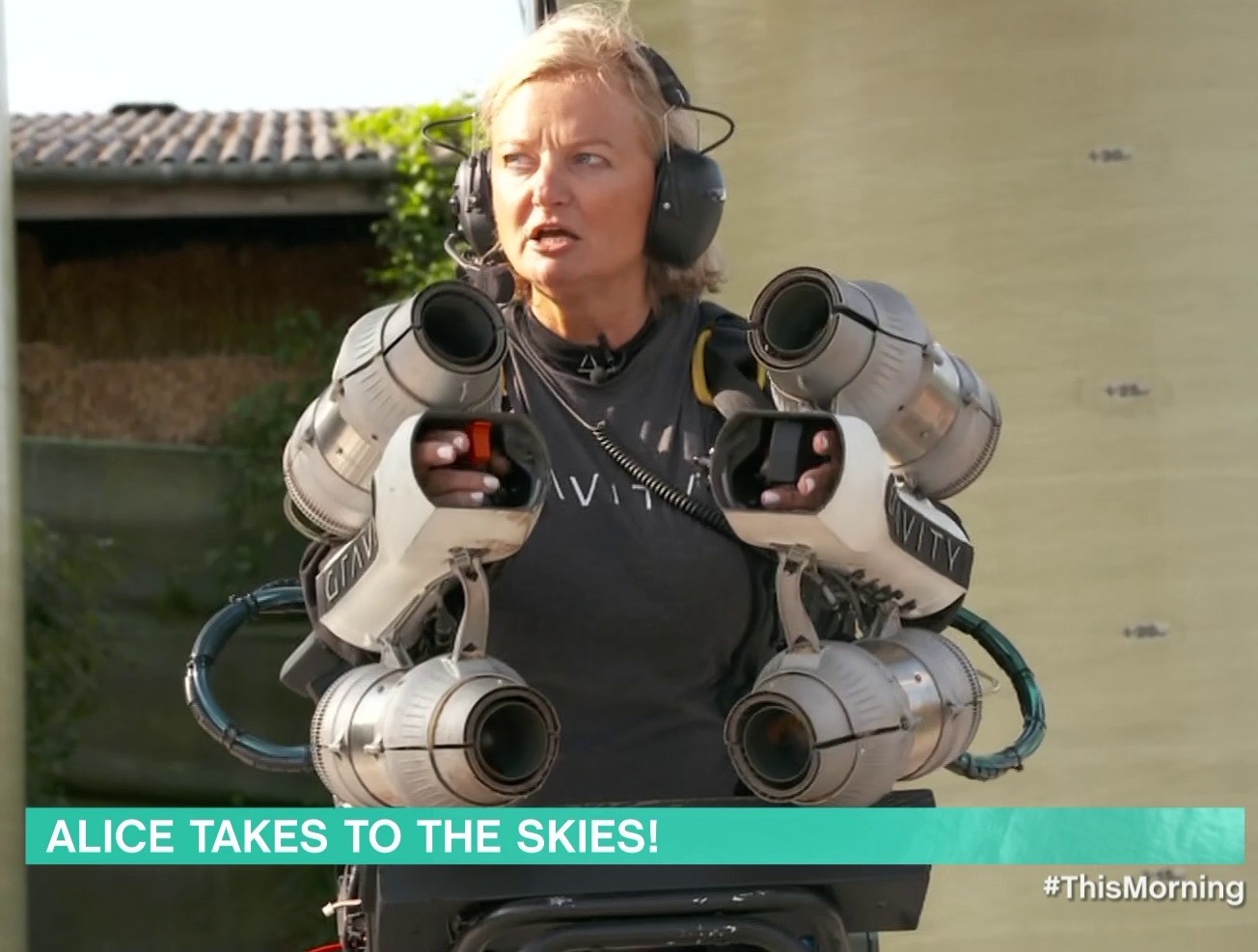 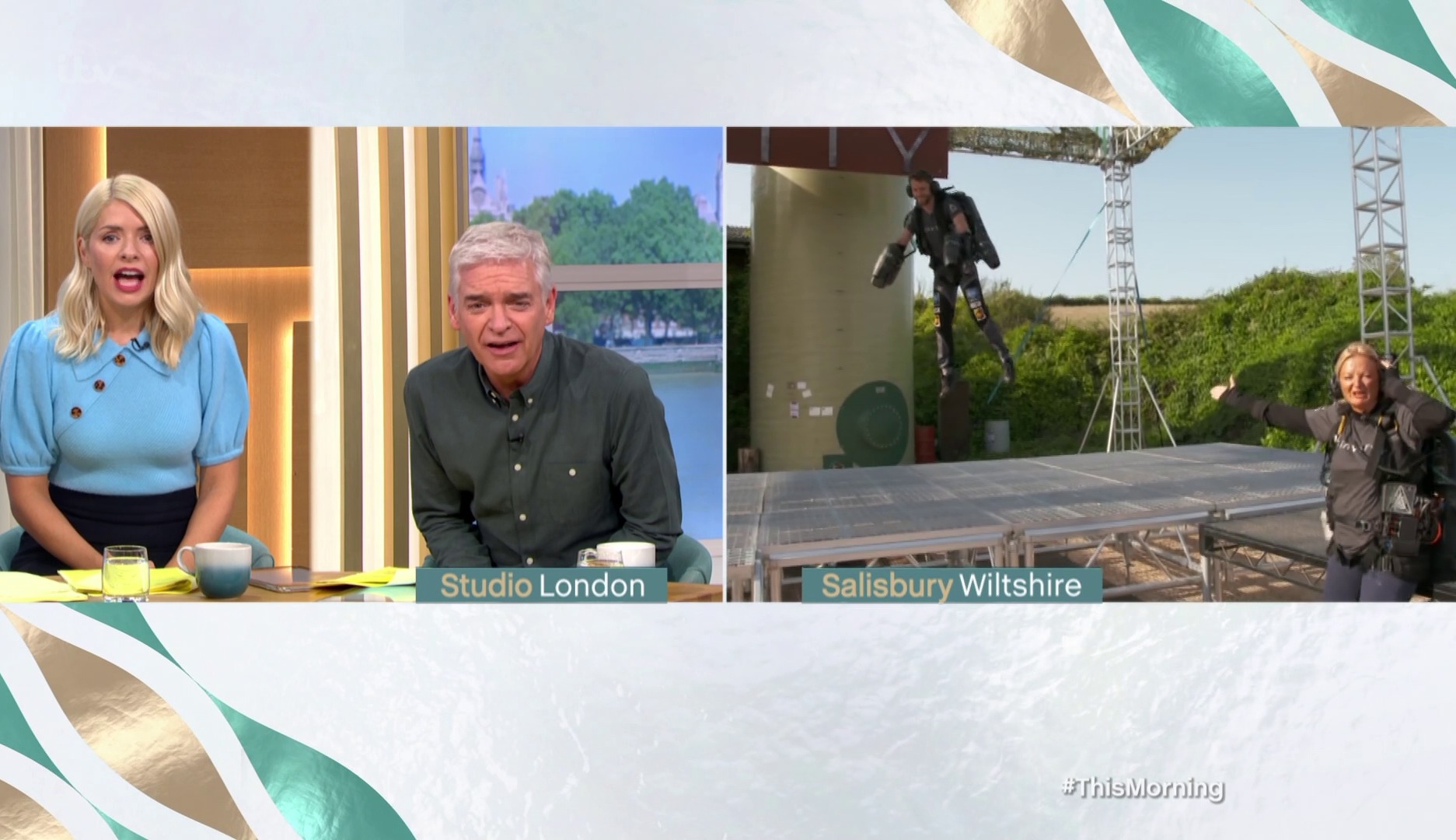 One giggled: "Alice thinking she was Buzz Lightyear and all she was doing was dangling off a rope 🤦‍♂️."

Some didn't even think she'd really made it off the ground, with one viewer tweeting: "Jet pack! She was on a wire."

Another insisted: "She's not flying, she's lifted her legs and is dangling on the rope."

A third asked: "Were they just pulling her up on the winch?" 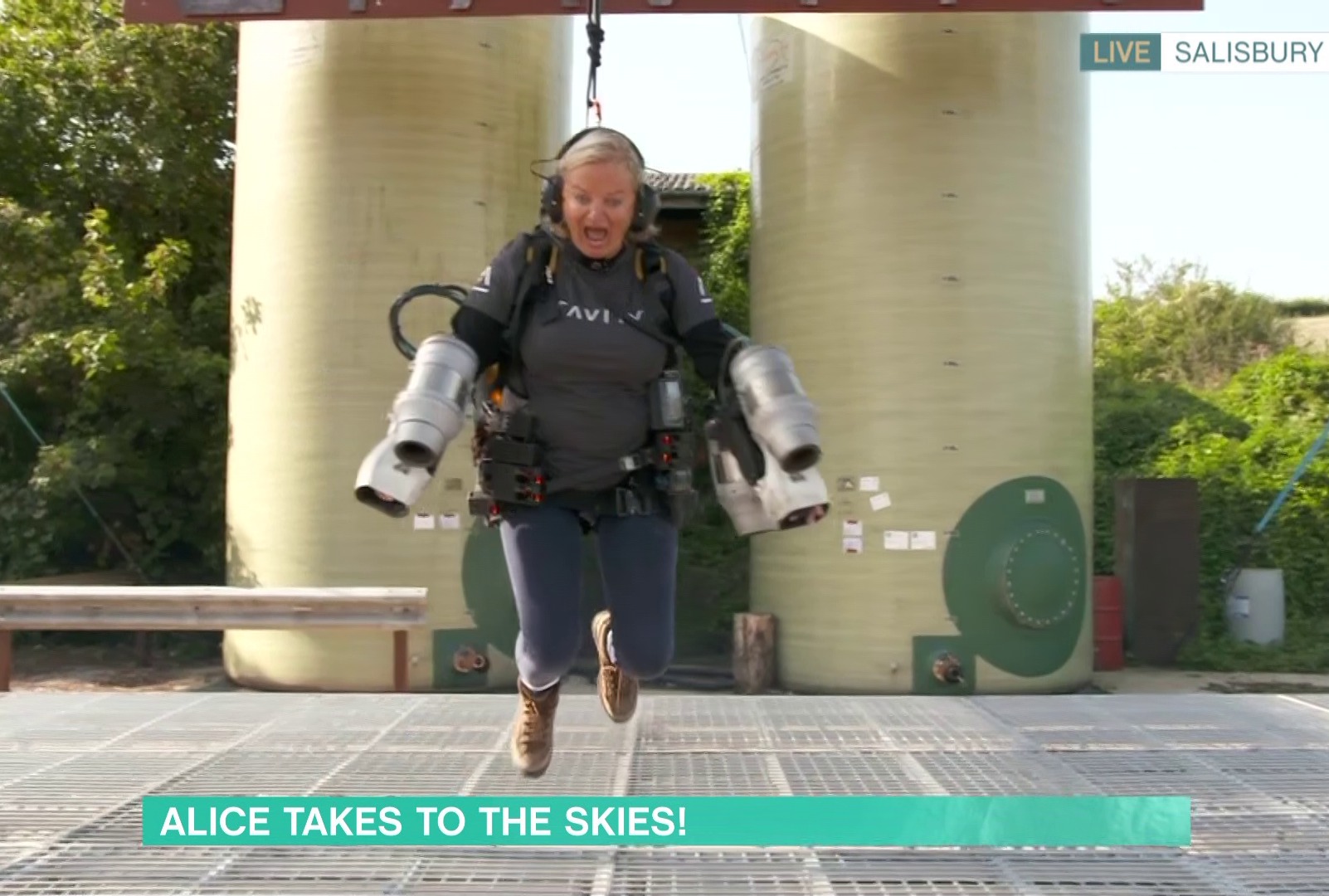 Back on land Alice appeared to believe she'd flown through the sky, gasping: "It's amazing, you've got to try this."

Laughing Phillip, 58, told viewers: "There you go. We did that for no good reason whatsoever."

People trying out the Gravity jetpack experience are normally drilled on how to use the special suits in half-day training courses.

Related posts:
September 17, 2020 TV and Movies Comments Off on This Morning viewers in hysterics over 'shambles' as Alice Beer fails to fly after strapping on jet pack
Celebrity News:
Who Is Karlie Kloss’s Husband Joshua Kushner? The Entrepreneur Is More Than His Brother’s Politics
Anton Du Beke: Strictly pro plants cheeky kiss on Jacqui Smith amid ‘telling off’
The truth about Jennifer Grey and Johnny Depp’s romance
Chantelle Houghton has invited ex-husband Preston to her wedding and insists her fiancé is ‘fine with it’
Nick Jonas Claims Magical Powers to Help Athletes Win, Opposite of Drake Curse!
Recent Posts
This website uses cookies to improve your user experience and to provide you with advertisements that are relevant to your interests. By continuing to browse the site you are agreeing to our use of cookies.Ok