Season six of Vikings is hoped to arrive later this year, although the series has been met with severe delays due to the ongoing coronavirus pandemic. Following the death of Lagertha earlier this year, fans have been wondering how Katheryn Winnick was cast as the iconic shieldmaiden before her time on the History and Amazon Prime Video series came to an end.

The fierce shieldmaiden Lagertha (played by Katheryn Winnick) played a major part in the historical drama for almost its entire six-year run on the History Channel.

Following a dark prophecy from the Seer (John Kavanagh), fans were anticipating her time on the series was coming to a close.

In the sixth episode of season six, Death and the Serpent, Lagertha was struck down by Hvitserk (Marco Ilsø) as he succumbed to his madness.

However, the Viking warrior has remained an iconic presence on the series, and there is even speculation Winnick will return for one final appearance. 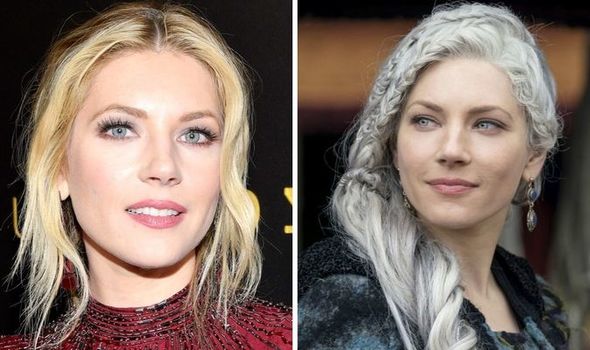 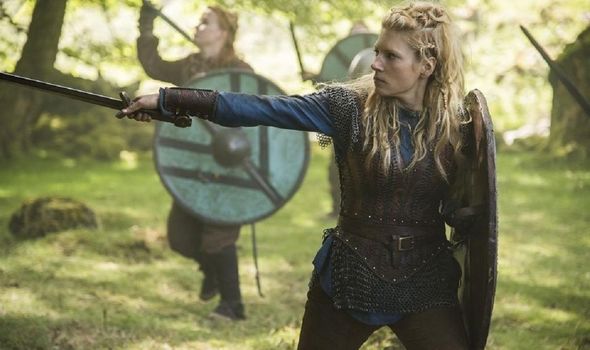 Ahead of the show’s final ten episodes, some fans may be wondering how Katheryn Winnick landed the role of Lagertha back in the first season.

An interview with Collider has revealed how one particular actor’s involvement in the series convinced Winnick to sign on.

She explained: “I am such a big fan of Gabriel Byrne. I grew up watching him in movies and on TV, and when I heard that he signed on to do this, I called my agents and said, ‘You’ve got to make sure I get this role!’”

Irish actor Gabriel Byrne only appeared in Vikings first season, but made a distinct impression as the cruel Earl Haraldson. 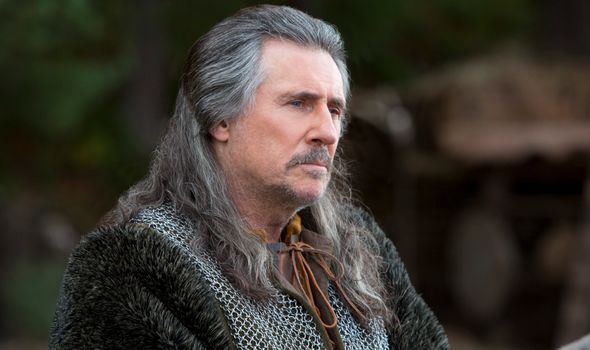 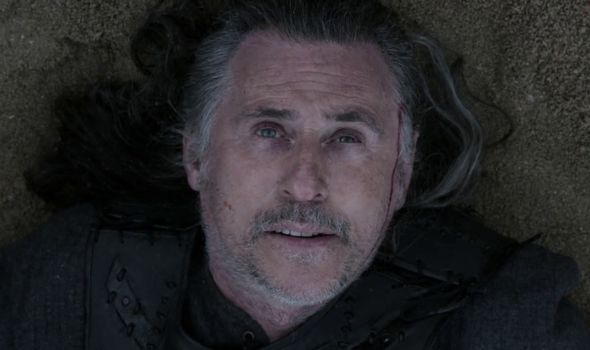 Following their bitter rivalry, Ragnar mercifully kills the Earl by slitting his wrists and promising him Odin is waiting for him in Valhalla.

She continued: “He is such an incredible actor. To have him on set and to see how he approaches his craft and how he dives into his character, really raised the bar with me, and with everybody else.”

Winnick went on to reveal she was lucky enough to share screen time with the classical actor, such as when Lagertha defends Ragnar for the slaying of Knut (Eric Higgins).

She added: “I did have a few scenes with him, and it was such a pleasure to see how he delivered his lines and what he brought when the camera was rolling.

“He had his own interpretation of his character, and found strengths and weaknesses in it.

“It definitely made me nervous, but it also inspired me and pushed me to really work hard to try to be able to hold my own, alongside him.”

In addition to his role on Vikings, Byrne is perhaps best known for his roles in The Usual Suspects and Miller’s Crossing.

More recently, he appeared in the horror film Hereditary and the Netflix limited series Maniac alongside Emma Stone.

As well as proving a formidable rival for the legendary Ragnar, Byrne’s involvement was instrumental in securing Katheryn Winnick’s star-making role on Vikings.

Vikings season 6 is available to stream on Amazon Prime Video.

Related posts:
August 12, 2020 TV and Movies Comments Off on Vikings: Lagertha star reveals actor who convinced her to take part ‘Get me this role!’
Celebrity News:
Meghan McCain Disapproves of Meghan Markle’s Alleged Ambition to Be POTUS in Shady Tweet
The truth about Judge Barbara Lagoa
Joe Exotic: Carole Baskin Is Going to JAIL For Killing Her Husband!
Lily Collins & Charlie McDowell Are Engaged – See the Ring!
DJ Vlad Accuses Mo’Nique of Trying To Steal His Content; Says Mo'Nique's Husband Is Responsible for Her Bad Reputation
Recent Posts
This website uses cookies to improve your user experience and to provide you with advertisements that are relevant to your interests. By continuing to browse the site you are agreeing to our use of cookies.Ok