One of the reasons fans like Vin Diesel is that he isn’t at all subtle. The man is filled with largesse, whether it’s in his outsized personality or the outsized movies he makes.

All that considered, it should come as no surprise that he says Furious 7 has one of the best moments in cinematic history. It’s hyperbole and Diesel knows it – but there’s a sincerity to it, given Furious 7 is particularly personal to him. 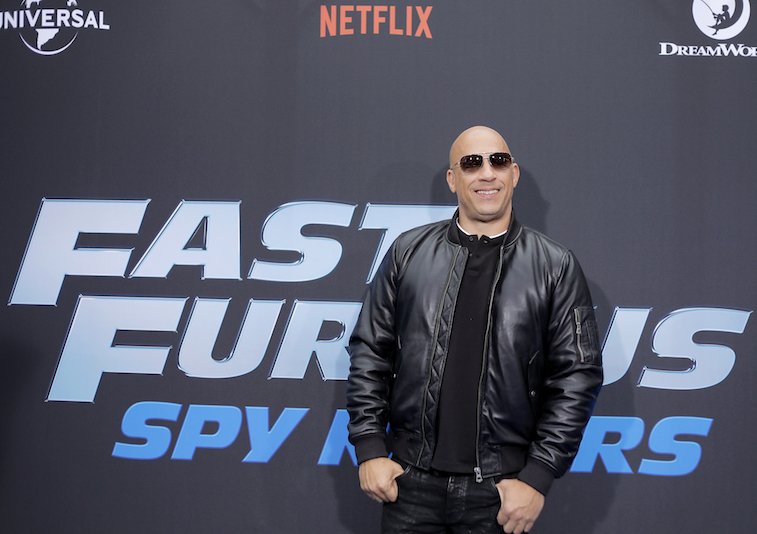 After the Fast and Furious franchise hit its stride, the seventh movie in the series was shaping up to be the biggest and best yet, as each new entry in the franchise is supposed to be.

The series had a new director after longtime helmer Justin Lin stepped aside for James Wan, who made the Conjuring movies and later, Aquaman. Tragedy knocked the wind out of everyone’s sails when Paul Walker died in a car crash unrelated to the film.

Faced with the loss of one of the series signature stars, Universal delayed the release of the movie for a year to allow the cast and crew to grieve, and to give the production time to complete the scenes that Walker didn’t get a chance to finish. This was accomplished with a combination of CGI and doubles, which included Walker’s brother Cody.

The result was what is still the highest-grossing movie in the franchise and the first to make over $1 billion at the worldwide box office. The eighth film, Fate of the Furious, also joined the billion-dollar-club. The movies had always played fast and loose with the laws of physics, but Furious 7 took it to new heights, with a car jumping between skyscrapers.

What’s the big moment in ‘Furious 7’ Diesel refers to?

However spectacular that moment may be, it’s not the one that Diesel referred to in a recent interview. The moment is the ending, which shows Walker’s character literally driving off into the sunset. Screen Rant quoted Diesel as saying:

“It was a very tough moment. But there was some solace in the fact that we were able to protect from the natural whim of a producer or anyone to say, ‘Well now you’re going to go avenge the character,’ and use it as a plot and we were able to do something so beautiful and so classy. Might be the best moment in cinematic history. Not just in my career but in cinematic history. Men around the world, everyone was able to cry, but men around the planet for the first time in history were able to cry “

The Fate of the Furious did not feature Walker’s family at all, although the ninth movie in the series was positioned to change that with the return of Jordana Brewster, who played Diesel’s sister and Walker’s wife, and who had sat out the eighth film. However, fate took a turn in deciding when we could see the movie.

Vin Diesel has been swept up in pandemic issues

F9 had been scheduled to come out in May and was one of the first movies of the 2019 summer movie season. Then the coronavirus pandemic intensified, and movie releases were either delayed or put on indefinite hold. Universal made the longest delay, pushing F9 almost a year until April 2020, a slot that had been vacated by the 10th Fast and Furious movie.

As it happens, Diesel also starred in Bloodshot, one of the movies that opened the last weekend before movie theaters started shutting down en masse.

It made $9 million at the box office, so the studio behind that movie, Sony, decided to push it to Video on Demand early, as Universal did with The Hunt, which opened the same weekend, and as Disney is doing with Onward, its Pixar film that struggled at the box office even before the pandemic hit.

“We feel all the love and the anticipation you have for the next chapter in our saga,” franchise star Vin Diesel said of F9 in a statement. “That’s why it’s especially tough to let you know that we have to move the release date of the film. It’s become clear that it won’t be possible for all of our fans around the world to see the film this May. While we know there is disappointment in having to wait a little while longer, this move is made with the safety of everyone as our foremost consideration.”