So far, When Calls the Heart Season 8 hasn’t lacked for drama. From the unexpected arrival of Gowen’s son to Ned’s brush with death, every episode has offered up new twists, keeping Hearties on the edge of their seats. “A Parade and a Charade” was no exception. The preview suggested Elizabeth was finally going to find out Nathan’s big secret. Well, she did, and the revelation left her reeling.

Allie’s (Jaeda Lily Miller) sweet, if misguided, attempt to bring Nathan (Kevin McGarry) and Elizabeth (Erin Krakow) together at her adoption ceremony last episode has had the opposite effect she intended, pushing the two even further apart.

The episode opens with the Mountie and the teacher arguing about how to deal with the Allie situation. Nathan is rude, and Elizabeth is frustrated. She wants to protect Allie’s feelings while not giving either her or her uncle false hope that a romantic relationship with Nathan is in the cards. This is characteristic of Elizabeth — she always wants to make others happy — but it puts her in an impossible spot, because whatever she does, someone is going to be hurt or disappointed. To make things even more complicated, she can sense Nathan is not being completely honest with her, both about what happened at Fort Clay and the fact that he hasn’t given up on the possibility of winning her heart.

Faith and Carson debate their future, Jesse wears out his welcome

Nathan and Elizabeth aren’t the only ones with a communication problem this episode. Carson (Paul Greene) and Faith (Andrea Brooks) can’t get on the same page about either the fellowship at Johns Hopkins or their relationship. By the episode’s end, she’s convinced they should stay in Hope Valley, while he’s ready to move to Baltimore. Is this all setting things up for one (or both) of the actors to leave the show? Let’s hope not.

Meanwhile, Jesse (Aren Buchholz) is still on the outs with Clara (Eva Bourne). He’s worn out his welcome with Hickam (Ben Rosenbaum), who bluntly tells him it’s time to patch things up with his wife. Jesse initially bristles at the advice, but it’s not long before he’s sheepishly sneaking in the back door of the cafe and asking Clara if she wants to talk. We still don’t know how he blew their life savings, but is it possible he bought the gas station? As Joseph (Viv Leacock) points out, the for sale sign has disappeared, and this is the kind of business that seems right up Jesse’s alley.

Christopher fears for his father 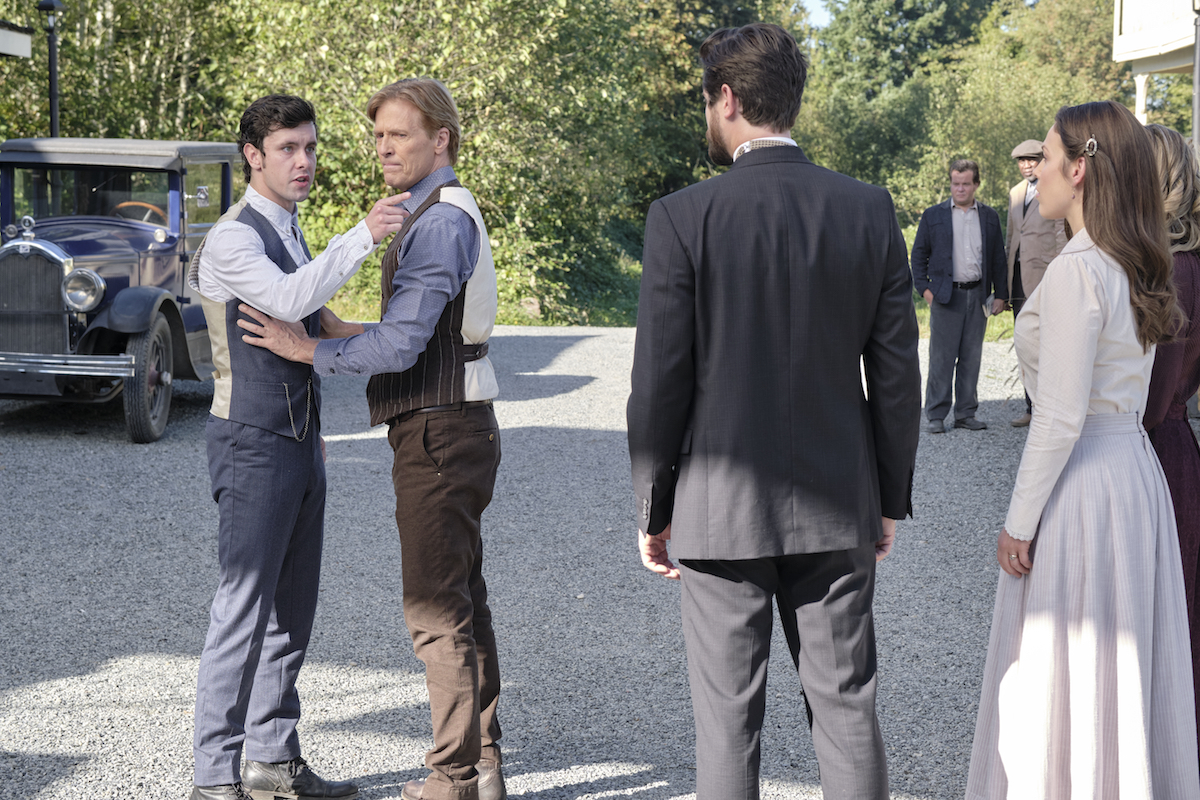 Christopher’s (James Drew Dean) only been around for a few episodes, but he’s been pretty one-dimensional so far. Fortunately, in “A Parade and a Charade,” his character is fleshed out a bit beyond “bad boy love interest for Rachel.” When Gowen (Martin Cummins) suffers another scary spell due to his high blood pressure, Christopher can’t conceal his fear. It’s a silver lining to a bad situation, because it makes Gowen realize his son does care about him.

Christopher’s all cocky adolescent swagger when he’s around most people, but he shows a more vulnerable side in a conversation with Rachel (Jennifer Laporte) when they talk about his father. It’s nice to see their relationship deepen beyond just a simple flirtation, but the romance is put on hold when her mother calls her home to Bellingham for a few weeks. Rachel leaves before she can say goodbye to Christopher, but not before learning he’s secretly returned the watch he stole from Lee (Kavan Smith), suggesting he’s not really a bad guy, just a misguided one.

Lucas and Elizabeth can’t quite pull off their dinner plans in this episode, but they do share another near-kiss moment in his office. However, before anything happens, Lucas suggests Elizabeth leave. He’s worried that if they spend any more time alone together, they’ll end up moving faster than she’s comfortable with. Elizabeth agrees, and we get a glimpse of her fanning herself with a menu as she leaves his office, much to the amusement of chef Gustave.

Lucas is keeping his cool around Elizabeth, but the drama between her and Nathan is getting to him. When Nathan informs Lucas he hasn’t given up on Elizabeth, Lucas coolly replies that he can do what he wants, but should make sure he has Elizabeth and Allie’s best interests at heart, not his own. Nathan has more to say, but Lucas fires back with the same words Nathan had for him earlier in the episode: “Save it.”

Elizabeth and Allie also have a tough conversation when Allie shows up at school with a lovely, hand-drawn pop-up card inviting Elizabeth to dinner with her uncle. But Elizabeth doesn’t want Allie to get her hopes up, and she declines. A heartbroken Allie rips up the invitation.

Bill has been in a foul mood because he’s been ordered to return his Mountie uniform. It’s been a long time since he wore his red serge, but that doesn’t mean he’s ready to give it up. Molly (Johannah Newmarch) can see how upset he is, so she orchestrates a touching tribute, arranging for all of Hope Valley to turn out to celebrate him. She’s even secretly altered his uniform so that he can wear it one more time as he rides out of town. Bill and Molly have been flirting all season, but her thoughtful gesture takes things to another level between the two. 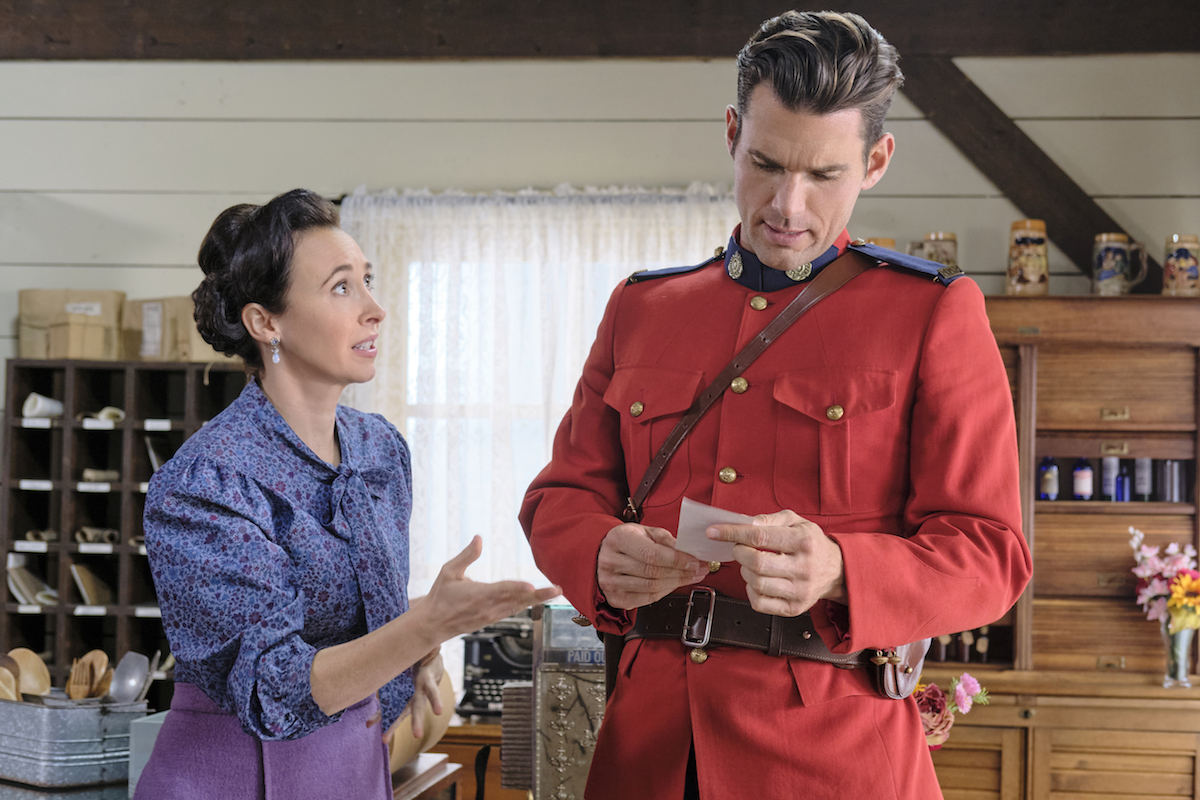 Bill’s send off is a happy moment, but Elizabeth and Nathan are almost too distracted to pay attention. She’s chosen this awkwardly public setting to have it out with him (as a nervous Lucas looks on).

Nathan admits he’s trying to hide his true feelings for Elizabeth to protect Allie, and reveals that he even turned down a promotion to stay in Hope Valley because Allie felt at home there. But that’s only part of the reason they settled there, he admits. The rest goes unsaid, but Elizabeth knows she was the other reason he stayed. Then, she confronts him about what’s been on her mind for weeks.

“I know there’s something you haven’t told me, and I want you to tell me what it is. Now,” she says.

Finally, Nathan comes clean. He confesses he was the one who was supposed to lead the training exercise that led to Jack’s death in a landslide. But Nathan was disciplined in another matter, and Jack replaced him.

“I’m sorry, Elizabeth,” he says. “There was never the right time to tell you.” Devastated, Elizabeth walks away without saying a word.

This is a huge revelation, though not a totally surprising one. We knew Nathan and Jack were stationed at Fort Clay at the same time, and there had to be some connection between the two. But will this news bring Elizabeth and Nathan closer together, or push them further apart? And could the reawakened memories of her husband’s death affect her burgeoning relationship with Lucas as well?

The next episode of When Calls the Heart airs Sunday, April 18 at 9 p.m. ET on Hallmark Channel.