The sun-soaked thriller is the latest creation from the mind of Money Heist creator Álex Pina. The Spanish-English co-production launched Netflix subscribers headfirst into the world of drugs and parties against the backdrop of Ibiza’s idyllic beaches. Since the White Lines finale, viewers have been wondering what will happen to the culprits in season two.

During the first season of White Lines, Zoe Collins (played by Laura Haddock) abandons her drab life in Manchester to investigate her brother’s death.

When Axel Collins (Tom Rhys Harries) washes up on the Spanish island’s coastline, Zoe immediately starts to seek justice for her brother’s murder.

Unfortunately, the body is discovered 20 years too late, and Spanish law prevents the investigation from going any further.

Zoe then decides to take a trip to Ibiza to take the investigation into her own hands and discovers some uncomfortable truths about her brother’s DJ lifestyle. 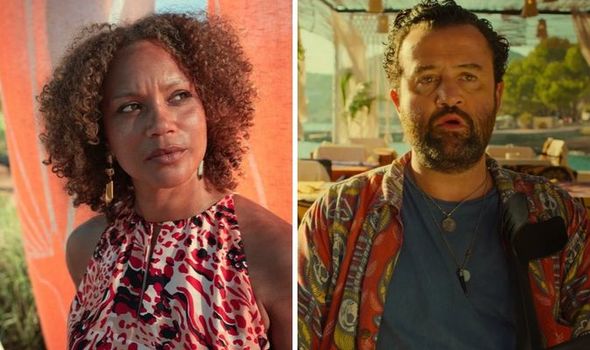 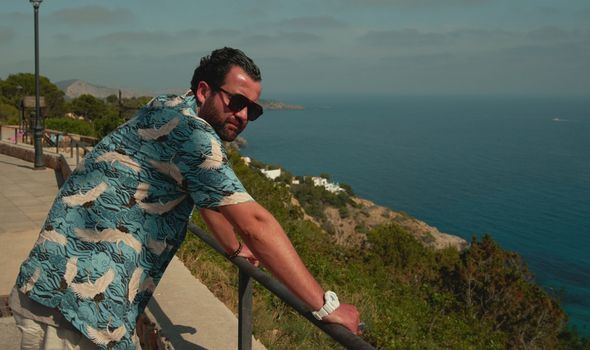 Her discoveries soon prove dangerous when her poking around draws the attention of local crime family, the Calafats.

After Axel’s decision to burn the gang’s money, Marcus attempted to take revenge by running him over, with Anna delivering the final blow with a screwdriver.

Unfortunately, neither of them receive their comeuppance by the end of the first season, and the finale ends with Marcus attempting to strike a new deal with the Calafats. 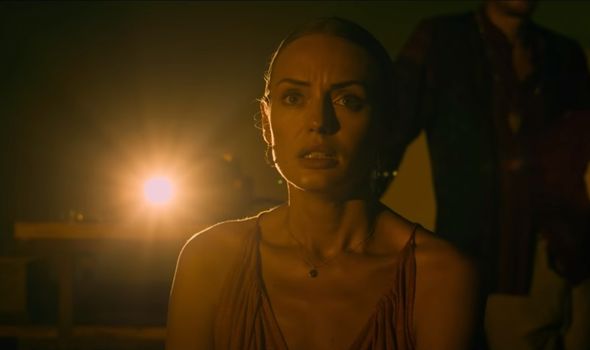 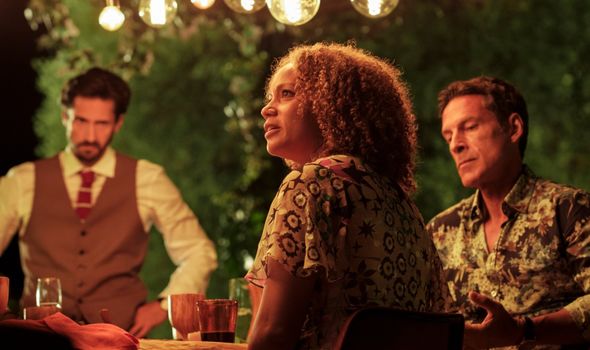 However, some clues from the first episode could indicate where White Lines is headed if Netflix decides to go ahead with season two.

During the series’ premiere, Axel’s body also attracts the attention of crime boss Andreu Calafat (Pedro Casablanc), who tasks his chief of security Boxer (Nuno Lopes) with investigating the murder.

Viewers were told in season one that Spanish law prevents old cases from being investigated, but Zoe’s dad Clint (Francis Magee) is initially hellbent on bringing back Oriol to the UK to face the consequences.

Both Anna and Marcus are plagued with guilt over Axel’s death in season on, and could eventually confess their murder to Zoe’s dad in the second season.

Additionally, Zoe could eventually force the pair back to the UK to atone for their crimes, leaving the Calafats without Marcus, their newest asset at the end of season one.

Once back on British soil, Anna and Marcus could either face jail time or suffer the wrath of Zoe’s vengeful father.

Netflix has yet to give season two of White Lines the green light and fans are unsure whether the series will continue following the first instalment’s ambiguous ending.

However, as Zoe confronts her traumatic past and Marcus gets comfy with the Calafats in season one’s final moments, Netflix subscribers are eager for the story to continue.

Moreover, White Lines has been sitting near the top of Netflix’s list of biggest hits for the past month, so all signs are pointing to Álex Pina, Laura Haddock and co. returning for another round of crime in paradise.

Renewal all depends on the ongoing coronavirus pandemic, although the lockdown is speculated to have given the show the audience boost needed to topple the likes of Tiger King and The Last Dance from the top of the list.

White Lines season 1 is available to stream on Netflix.

Related posts:
June 12, 2020 TV and Movies Comments Off on White Lines season 2 theories: Anna and Marcus arrested despite Spanish law – here’s how
Celebrity News:
Meet Ariana DeBose, The ‘Hamilton’ Ensemble Member Who Is About to Have a Huge Year! (Exclusive Interview)
Duffy Writes Open Letter to Netflix CEO Saying ‘365 Days’ Glamorizes Sex Trafficking, Kidnapping, and Rape
Is It Kim Kardashian’s Responsibility To Be A Role Model? | Perez Hilton
Gigi Hadid Reveals She’s Hiding Her Baby Bump in a “Really Baggy Jumpsuit”
How Stars Including Demi Moore Are Self-Quarantining: Pics
Recent Posts
This website uses cookies to improve your user experience and to provide you with advertisements that are relevant to your interests. By continuing to browse the site you are agreeing to our use of cookies.Ok