Season 23 of CBS’ “Big Brother” premiered July 7 — and with it came a whole new cast of personalities Americans will come to know and love (or “strongly dislike”). Even non-reality show fans are familiar with the admittedly straightforward premise: A group of strangers is housed together each summer with no outside contact, competing in a variety of challenges to win the title of Head of Household so as to nominate fellow housemates for weekly elimination. A spin added to the 2021 season is that, for the first time, contestants compete as four teams instead of as individuals. Season 23’s lucky winner, per the Herald-Tribune, walks away with a $750,000 grand prize, up significantly from the $500,000 of past seasons.

The season premiere, as with all previous seasons, introduced its cast of colorful contestants, with that week’s Head of Household winner Brandon “Frenchie” French standing out. Frenchie and his family paid tribute to his infant son’s death after his win.

Another notable cast member was the tan and telegenic Alyssa Lopez, one of two women in the current season who hail from Southwest Florida, per the Herald-Tribune. Keep reading for more of what Alyssa was up to before stepping into the “Big Brother” House! 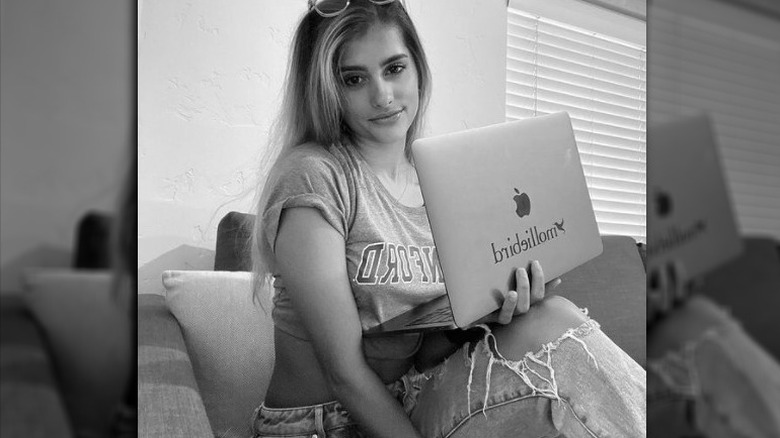 Prior to joining Season 23 of “Big Brother,” swimwear designer Alyssa Lopez already had reality TV ties. The Sarasota, Florida native’s October 2019 Instagram post showed her and her friends gussied up in Halloween costumes, with one friend being MTV’s “Siesta Key” star Amanda Miller. As Meaww noted, “Siesta Key” co-stars Juliette Porter and Camilla Cattaneo have also been spotted commenting on several of Alyssa’s other posts. Clearly, her show bio’s listed hobby of “going to Siesta Key beach” has boosted her clout amongst the Florida party circuit, but that’s not all there is to Alyssa.

Things viewers might not expect from the 24-year-old, as she told CBS, include the fact that she has a Drone Aircraft License, as well as a background in gymnastics. Moreover, she holds a Bachelor’s Degree in Broadcast Production.

Alyssa is well-versed in the gameplay of “Big Brother.” Speaking to CBS, she said, “I have religiously watched ‘Big Brother’ since I was 11 years old.” Disclosing that the biggest challenge of the game for her would be “having to suck up to Houseguests I may not get along with,” Alyssa also revealed her strategy for winning: securing the first Head of Household challenge. She didn’t manage to secure that win, but it will be interesting to see how the designer pivots her strategy as the season continues!

Related posts:
July 15, 2021 TV and Movies Comments Off on Who Is Alyssa Lopez From Big Brother?
Celebrity News:
Oh no, Prince William wont be able to grouse-hunt at Balmoral this year
Selena Gomez Claps Back After The Good Fight Jokes About Her Kidney Transplant: It’s ‘Tasteless’
Kathy Griffin Reveals She's Battling Stage One Lung Cancer & Is Having Surgery To Get Half Of Her Left Lung Removed
Taylor Swift Narrates Inspirational Promo For USA Womens Gymnastics
Pregnant Louisa Lytton gives baby touching hand-me-down as she packs hospital bag
Recent Posts