Kumail Nanjiani’s Little America debuted on Apple TV+ in Jan. 2020. Already, the series is being lauded by critics and fans alike. Each episode devoted to a single story following immigrants and first-generation Americans who live in the U.S. With something so timely, why is Little America banned in nearly a dozen countries?

What is ‘Little America’? 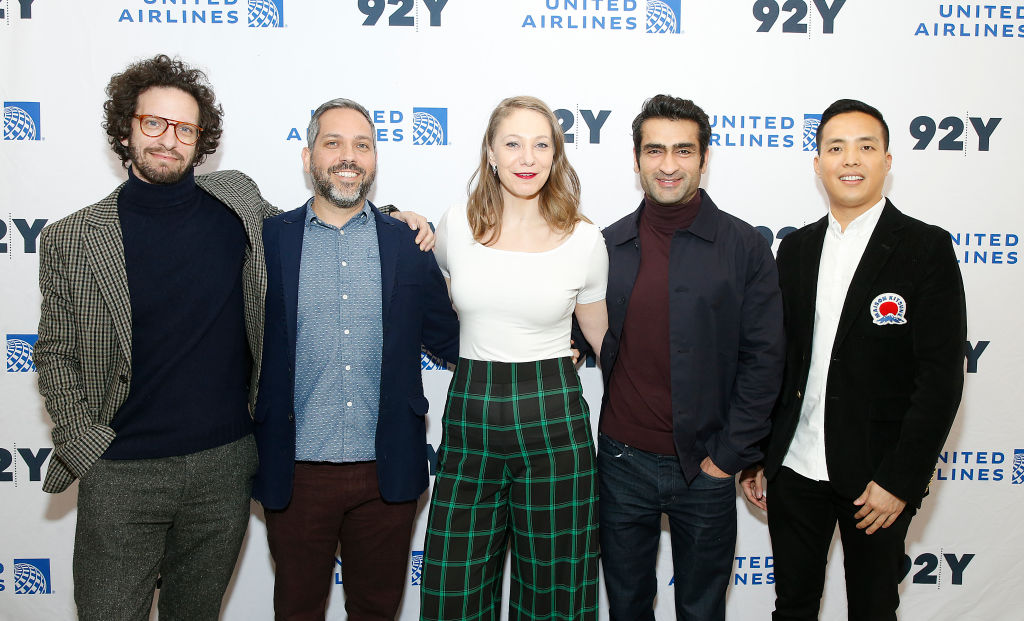 Before season 1 of Little America debuted on Apple TV+, it snagged a second season. Executive producer Kamail Nanjiani’s latest creation tells the stories of immigrants living in America by necessity or choice (or both).

Inspired by real-life stories featured in Epic Magazine, the events within each “chapter” in Little America are fictionalized. The comedic actor recently told NBC News he understands the feelings associated with trying to figure out where you belong while navigating “conflicting values of the East and West.”

“It’s not something that I’ve figured out. I think my identity is still a work in progress. I don’t feel Pakistani because I don’t live in Pakistan and because people in Pakistan don’t accept me as their own — and then same in America,” he said.

He continued: “I think so much of feeling like you’re part of a group depends on the group accepting your membership. And I feel like especially now in America, there are significant portions of the country that do not see me as American.”

Why is ‘Little America’ banned in some countries?

Character posters for a new show I co-created called Little America. It’s an anthology show based on true stories of immigrants to America. We’re so proud of this show and the talent involved. Premieres January 17th on Apple TV+!

In season 1 of the hit series, an episode titled “The Son” followed “a gay Syrian refugee seeking asylum in the United States.” Because of this, Little America has been banned in 11 countries in the Middle East and Asia.

Non-binary episode co-writer Amrou Al-Kadhi is said to be “heartbroken,” but not surprised, adding they “knew we wouldn’t come this far without major setbacks from portraying ‘negative’ perceptions of Middle Eastern culture at points.”

“We were extremely keen to avoid the narrative that an immigrant ‘escapes scary brown Arab land and comes to happy white American land’, and we really wanted to mine the complexities of the Middle East – it’s majestic culture – while also exploring its homophobia without judgment,” they told PinkNews.

Rafiq fled Syria to seek asylum in a place where he could truly feel free. #LittleAmerica

The true story behind the episode is based on Shadi Ismail’s account of relocating from Syria to Boise, Idaho, fearing for his safety. His story previously appeared on Queerty.

Ismail reportedly said the portrayal of his story “moved him to tears.”

“All my life I was hoping to see a gay Arabic man on TV,” he told the Washington Post. “In our culture, we’re told we should be killed because nobody wants us. And then it turns out my story will be the one on TV.”

Even the actors playing the roles felt the effect of filming a show with “controversial” topics. In order to cast Arab actors, production moved to Canada due to the current travel ban. Even leading actor, Adam Ali, couldn’t enter the country from Dublin after flying from Libya.

“There are countless other Rafiq’s right now whose lives are threatened because of the current global politics, and what we wanted to do was give them a voice,” Al-Kadhi said.

“As long as a blanket generalization exists such as the one being enforced by the ban, millions of people like me today will be held back from being able to participate in changing the world.”

The 11 countries who’ve banned Little America haven’t all been disclosed.

Though the show wasn’t created to make a political statement, Nanjiani said they weren’t naive when developing the concept.

“Whether or not it can change people’s minds, I don’t know. I would love for people who have all sorts of political stances to see it because I do think they’ll see themselves as people who don’t look or sound like this at all.”

What’s up next for Nanjiani?

Me with a bunch of great people. #Eternals #MCU

On Nov. 6, Nanjiani will debut his newly sculpted superhero body as Kingo in Marvel’s Eternals. His character is part of the group living on Earth to defend it from the Deviants.

He said working with “the largest Asian cast in the history of MCU moved him.