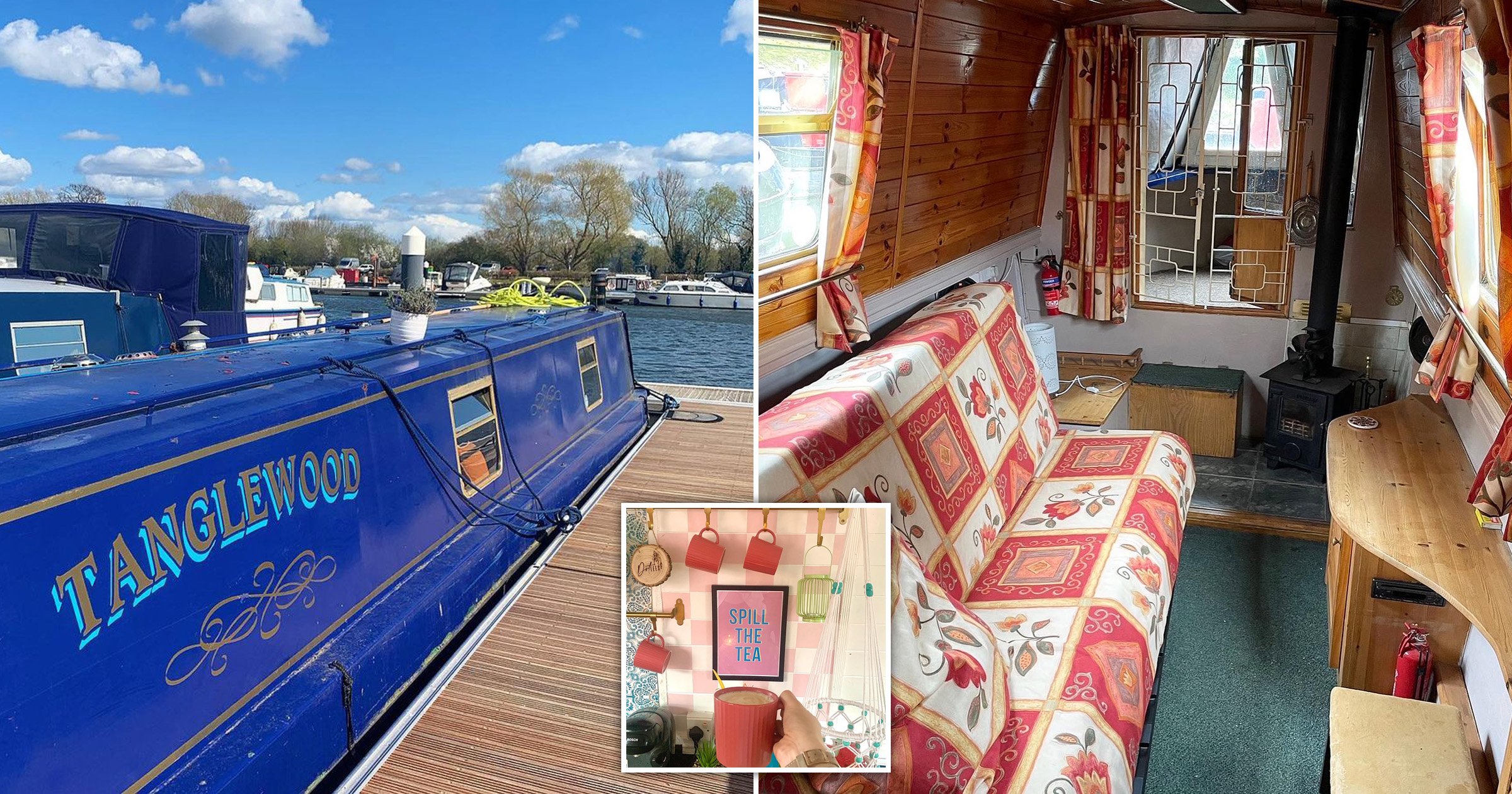 Dottie was just 20 when she decided to ditch renting, buy a boat and live on the water with her boyfriend Tristan and nine month old puppy, Teddy.

Living in a rundown one-bedroom cottage with her boyfriend, their landlord gave them three months notice as they wanted to sell the house after they had transformed the place.

Shocked by the unexpected eviction, Dottie and her boyfriend Tristan decided to take an unconventional approach to modern-day living and opted to ditch renting for good in September 2021.

Stepping into the unknown, the outcome turned out being more ‘perfect’ and ‘rewarding’ than they could have ever imagined.

Now at 21 and with a dedicated following on TikTok and Instagram, Dottie runs the accounts named @tanglewoodandtwo, where she documents her life on her 25-year-old boat.

Speaking to Metro.co.uk Dottie opened up about her decision to give up life as she knew it and move into Tanglewood, her narrowboat.

With her monthly costs down around 50%, keep reading and take a look around Tanglewood.

Last summer, Dottie and her boyfriend were renting a one-bedroom cottage in Cambridgeshire.

‘It was pretty run down when we were moved there, but within six months we had completely transformed the place,’ she tells us.

Because of how much they had changed the place and in turn given the property a new lease of life, the landlord decided to sell it – giving them three months notice to move.

She explained that when mulling over their options, she discovered that both she and her boyfriend loved characterful homes, but didn’t have a large enough deposit to buy one.

Not keen on new-builds either, they decided not to use the help to buy scheme.

Having a realisation, something set the wheels – or paddles – in motion.

‘At that time, I’d always known I’d love to live on a narrowboat, but never thought four months later I’d be there,’ she says.

Broaching the topic of moving onto a boat had ‘always been pretty hard,’ she explains.

‘We’ve had a lot of, “Why would you?”s as we were complete novices, but equally close family and friends have always been supportive.’

Since moving into the boat, she has documented the process on social media – with one question often popping up more than any other.

The most asked question posed to Dottie is about the cost of living on her boat, and whether it’s cheaper than renting.

‘It is cheaper: yes, especially now with cost of living, but you will always need a little more money for maintenance as things go wrong a lot more often than a house.

‘We’ve also renovated the boat and so have put quite a lot of money into doing it up.’

Costs to buy a narrowboat

‘We also replaced the cooker, fridge, mattress and sofa which totalled: £1,500.’

Cost of living on Dottie’s boat per month

Mooring: £400 – ‘this is extremely high, but we benefit from having on site facilities, toilets, showers, bins, security and there’s a pub.

‘We do have a toilet and shower on board, but also handy as back up if anything goes wrong!’

Wifi: £20 – ‘we used a 4g router which works perfectly for working from home, watching tv, listening to music.’

Gas (for cooker): £6 – ‘roughly calculated, to put in perspective we popped a new gas cannister in December and it’s still not finished yet.’

Heating (in Winter): £50 – ‘we have a diesel heater for the radiators as well as a log burner.’

‘We don’t have to pay council tax or TV licence.’

Total: £610 per month (bar any maintenance or renovation)

Related posts:
June 14, 2022 TV and Movies Comments Off on Woman, 21, ditches renting to live on a narrowboat – and it's 50% cheaper
Celebrity News:
Are Princess Beatrices recent events a way to distance herself from her father?
Hoda Kotbs absence from Today explained by Savannah Guthrie as well-known subs step in
The Chicks Postpone Shows As Natalie Maines Placed On Vocal Rest
Kim Kardashian Mocked Over Uncomfortable Office Chairs
Gloria Hunniford rushed to hospital after terrifying fall breaks her eye socket
Recent Posts