The Education Secretary put Sir Kevan Collins in charge of a review to find out what school children need to catch up on their learning after many classes were put on hold and disrupted by the coronavirus pandemic. The plans to help schools catch-up would cost up to £15billion according to Sir Collins, which Chancellor Rishi Sunak reportedly branded “ridiculous”. However it has since been announced only £1.4billion has been pledged to the catch up scheme. Good Morning Britain’s Adil Ray shamed Gavin Williamson as he demanded to know when schools would see the other £14billion.

“You promised you were levelling up this country but we don’t see it.”

“Well what we have seen is a commitment of £3billion over the last few months in terms of direct action,” Williamson replied.

Ray erupted: “When are we going to see the £15billion Gavin Williamson? That’s the question. 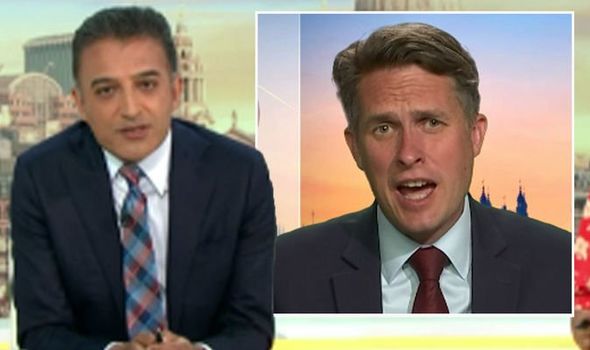 “When are we going to see 15 billion. Not one billion, not three billion not 1.4billion.

“£15billion, that is recommendation given by the person you appointed to review, and that is experts who are saying that, unions are saying that. When are we going to see £15billion?”

“It’s been quite clear that these have the biggest impact in terms of children.” 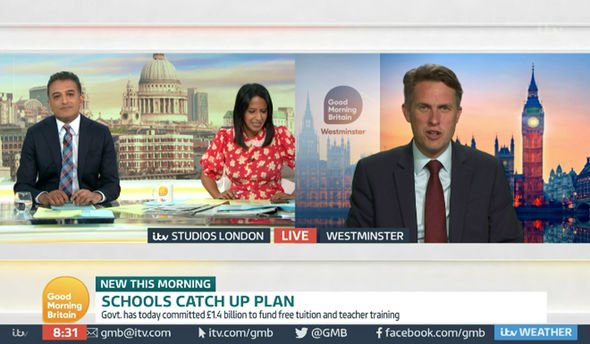 Ray fumed: “So we’re not going to see £15billion? Why don’t you just say that?

“You haven’t got the money and we will make it work with £1.4billion. Why don’t you just say that?

“Well you’ll know because you studied politics that actually these things are usually done through a spending review process,” Williamson explained.

“Actually what we’ve done is we’ve stepped outside of that spending review. Usually that happens much later on in the year.

“But we wanted to take action so children could benefit. Children are actually able to start benefitting from tutoring at the very earliest stage.

“We are seeing quarter of a million pupils already benefitting from that earlier action we’ve taken. We want more to benefit.

“So as we work towards the spending review, we take up the sort of challenge of making the argument about what the school day should look like and as many of those people you have quoted were actually decrying the idea that we should have a long school day.

“What we are doing is taking the time to do everything we can do, the actions that are going to benefit children and tutoring is one of them.

“They’re seeing the real difference. We are turbo-charging this tutoring programme.”

Good Morning Britain airs weekdays on ITV at 6am.