A 400-year-old Rubens masterpiece is going on display following conservation work by the National Gallery.

Dating from around 1636, An Autumn Landscape with a View of Het Steen in the Early Morning, was in the artist’s possession when he died in 1640, together with its companion, The Rainbow Landscape.

The two will be reunited, at the Wallace Collection, after being apart for more than two centuries. 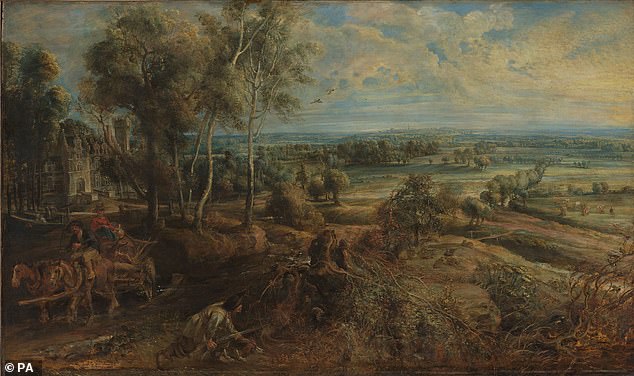 An Autumn Landscape with a View of Het Steen in the Early Morning by Peter Paul Rubens. The painting was found in the artist’s posession when he died 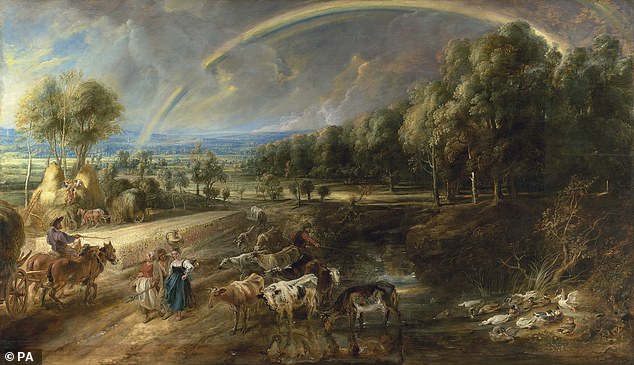 The companion piece, The Rainbow Landscape dated around 1636. The two masterpieces were originally intended as a pait in 1803 but they became separated

The works were originally intended as a pair but separated upon arrival in London in 1803.

One entered the National Gallery Collection and the other the Wallace Collection.

The National Gallery, which carried out the conservation work, said the paintings were ‘deeply personal pictures, pictures which Rubens chose to live alongside, to display in his own home’ and that it was ‘only fitting that they are to be reunited after over two centuries apart, as the artist intended’.

Experts said the results of the conservation work on the ‘magnificent landscape’ were ‘revelatory’.

Layers of aged, discoloured, yellowed varnish were removed to reveal ‘the depth and vibrancy’ of the original colours.

The ‘smallest details, like the bits of pure white, dotted to suggest the bubbling of a brook as it turns a corner, are visible to the naked eye’.

The painting depicts the artist’s manor home and estate, Het Steen, in Antwerp.

Conservators also made repairs to the work’s 400-year-old oak and poplar panels, severely damaged as a result of great frosts in London in 1947. 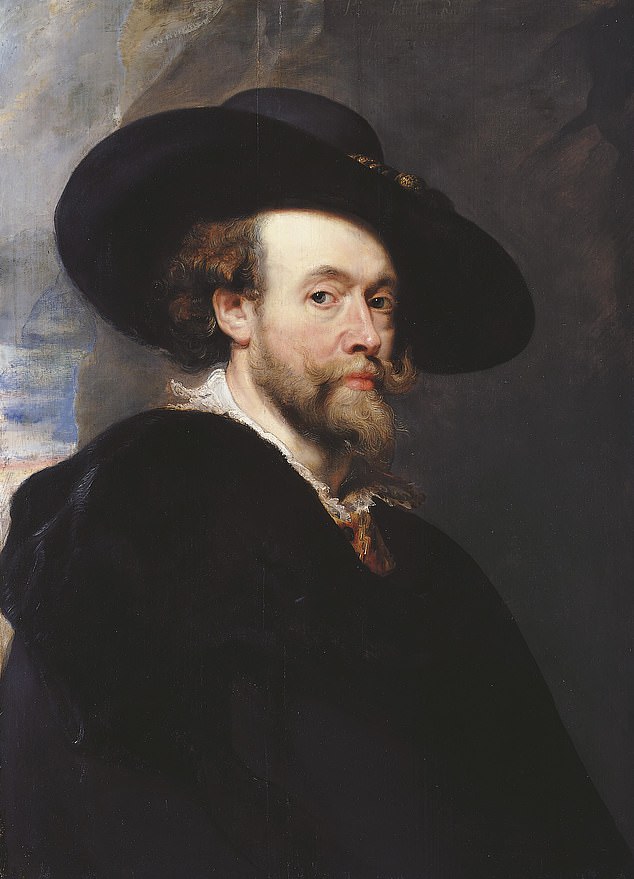 They believe Rubens made the paintings ‘for his own delight’ because the small and unevenly shaped panels, patched together, would be unacceptable to a collector.

Larry Keith, the National Gallery’s head of conservation and keeper, said: ‘It was quite a special painting because it was painted for his own pleasure.

‘Everything you see here is him, it is wholly autograph … taking off the varnish is quite revelatory, allowing you to see an artist really working for himself at the peak of his powers in a completely free and personal way.’

Het Steen will be unveiled this spring at the Wallace Collection’s exhibition Rubens: Reuniting the Great Landscapes (April 21 to August 15).