Africa reports first coronavirus fatality after a German tourist, 60, died at a diving resort in Egypt – as people on the continent remain the most resistant to the illness with just 89 infected

A German tourist who arrived in Egypt a week ago has become the first person to die of coronavirus in Africa.

The patient, 60, showed symptoms of a fever when he travelled from Luxor in southern Egypt to the Hurghada resort town on the Red Sea coast on Friday.

He was checked into hospital later that day, where he was diagnosed with the deadly virus, Egypt’s Ministry of Health confirmed.

The patient, who had travelled from his native Germany a week ago, reportedly refused to be transferred to the quarantine hospital in Matrouh to be admitted to intensive care, Egypt Today reported. 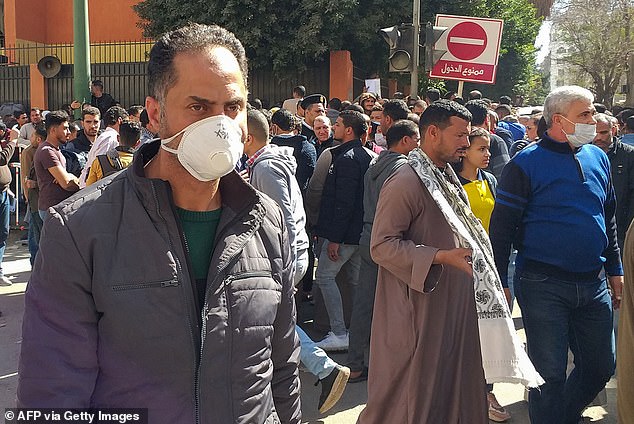 A German tourist who arrived in Egypt a week ago has become the first person to die of coronavirus in Africa (Pictured: Egyptians wait to be tested for coronavirus in Cairo)

He was said to have suffered from respiratory failure caused by severe pneumonia before he died on Sunday, Egyptian officials said.

Despite the fatality, Africa has significantly fewer coronavirus cases than Europe, Asia and North America, with only 89 confirmed across the continent so far.

These have largely been found in Egypt and Algeria, with the former’s health ministry confirming today that 45 cases of the virus originated on board the A-Sara Nile cruise ship.

A handful of COVID-19 patients have also been diagnosed in Senegal, South Africa, Morocco, Cameroon, Tunisia, Togo and Nigeria. 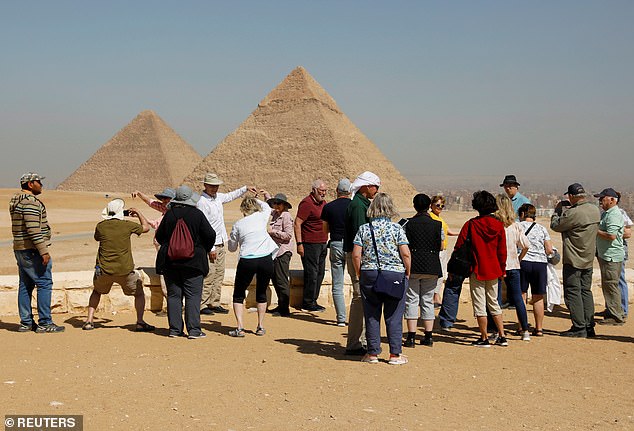 Tourists gather at the Great Pyramids of Giza, on the outskirts of Cairo, Egypt on Sunday 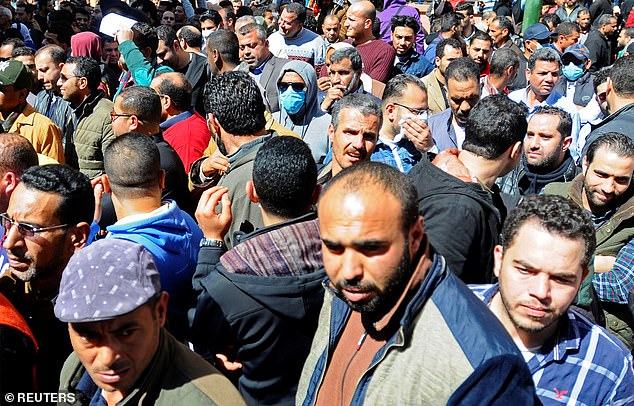 The patient, 60, showed symptoms of a fever after he travelled from Luxor in southern Egypt to the Hurghada resort town on the Red Sea coast on Friday (Pictured: Egyptians wait to be tested for coronavirus in Cairo)

The vessel was transporting 171 people, including 101 tourists and 70 Egyptian crew members, according to Prime Minister Mostafa Kamal Madbouly.

As well as the cruise ship cases, Egypt has diagnosed three others with COVID-19 since February 14.

The first sufferer, a Chinese citizen, has recovered and was released from hospital last week.

The other two cases involve a Canadian oil company worker and an Egyptian who had returned home from Serbia through France. They are both still being treated, according to reports.

It comes as Nigeria today confirmed its second coronavirus case. 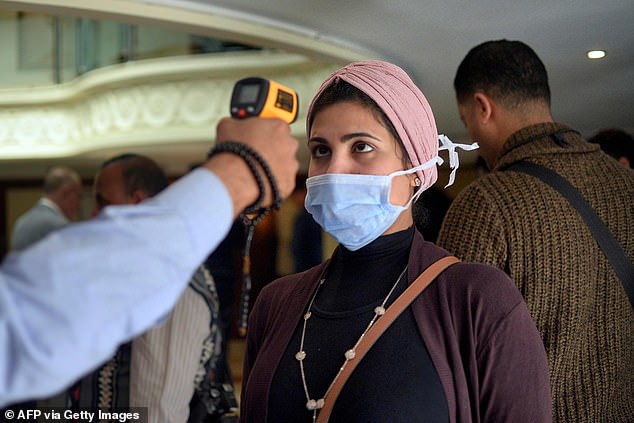 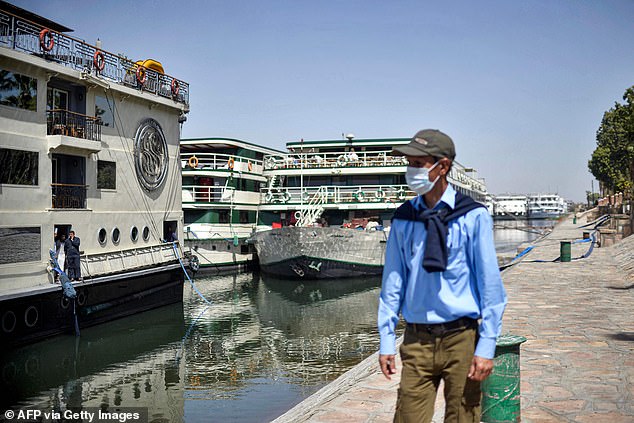 A man wearing a protective health mask walks past moored river ships along the bank of the Nile in Luxor, southern Egypt

The first, an Italian man who flew into Legos from Milan on February 24, was in the country for two days before he was placed in isolation in Ogun state.

The case, the first in sub-Saharan Africa, prompted fears of an outbreak in Lagos, a city of 20 million people.

Health Minister Osagie Ehanire said the second case had been in contact with the Italian man, who is a vendor working for cement company Lafarge Africa PLC.

He is being treated at a hospital in the Yaba dristict of Lagos.

Health commissioner Akin Abayomi said on Saturday that Nigerian officials were experiencing ‘some challenges’ in tracking down people who were on a Turkish Airlines flight with the Italian.