‘Are they on the same planet?’ Shocked Americans and Europeans cooped up in lockdown marvel at the 52,000 screaming State of Origin fans packed into a stadium with no masks or social distancing

Australia is the envy of the world after hosting the biggest crowd at a sporting event since the coronavirus pandemic began.

Thousands around the globe who tuned into the State of Origin decider were stunned to see over 52,000 eager fans packed in Brisbane’s Suncorp Stadium with no social distancing and very few face masks.

International viewers watching in countries with hundreds of thousands of active infections marvelled at the spectacle as almost all major sports worldwide are now played behind closed doors or with very limited, spaced out crowds.

But Australia has fought the pandemic so successfully that it has relaxed restrictions so much that big sporting crowds are possible. 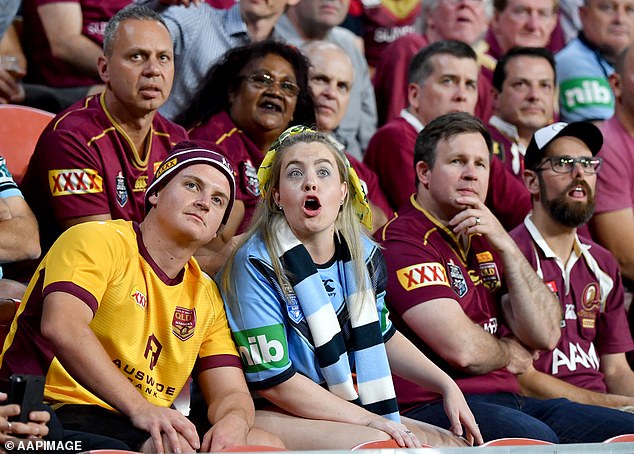 Pictured: Fans react to all the action of the State of Origin decider at Brisbane’s Suncorp Stadium 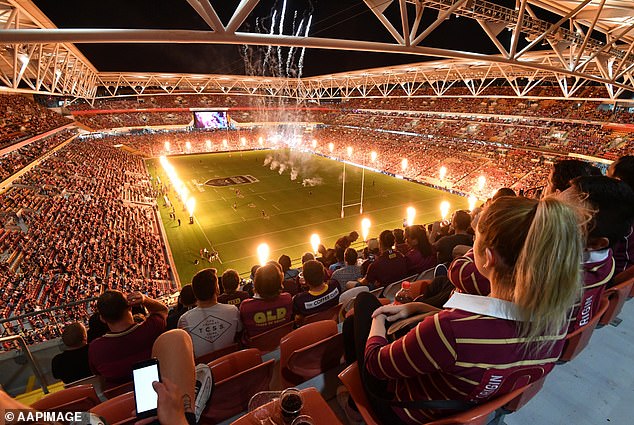 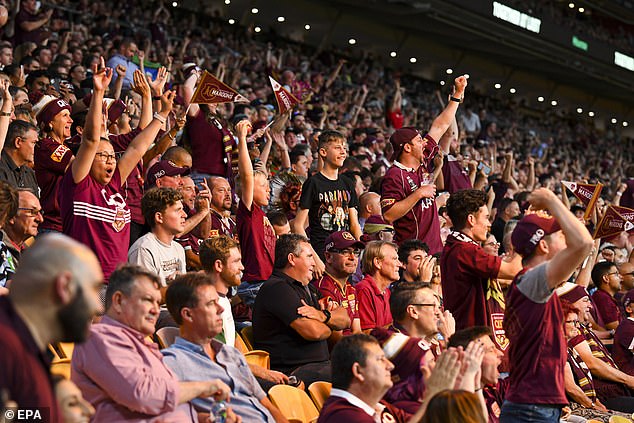 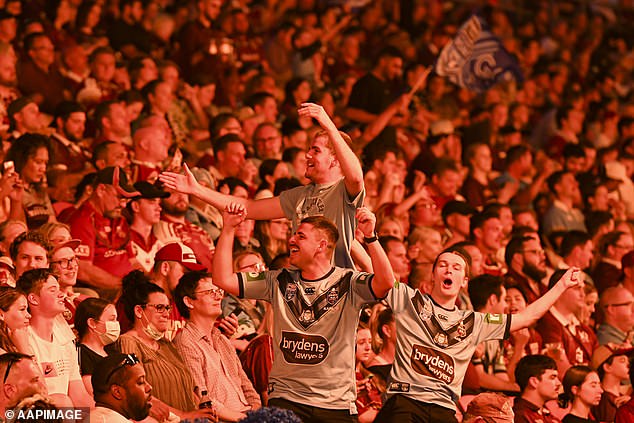 Many overseas onlookers praised Australia and the Sunshine State for the pandemic policies which made the event possible.

But some locals were furious and questioned why thousands were allowed to gather at the footy, but they were banned from attending funerals and weddings.

Queensland were too strong for New South Wales and went on to win the brutal match 20 to 14 after surviving a late fightback.

But for a large number of viewers, the contest was not as impressive as the event itself.

Queensland has not had a single community transmission of Covid-19 in months and there are now only 94 active cases in all of Australia – the vast majority oh which were acquired overseas.

‘Look at the crowd for the state of origin in Australia. Are they on the same planet as us?’ One Twitter user posted.

‘Breaks me seeing that and thinking about the state that our sports are in.’ 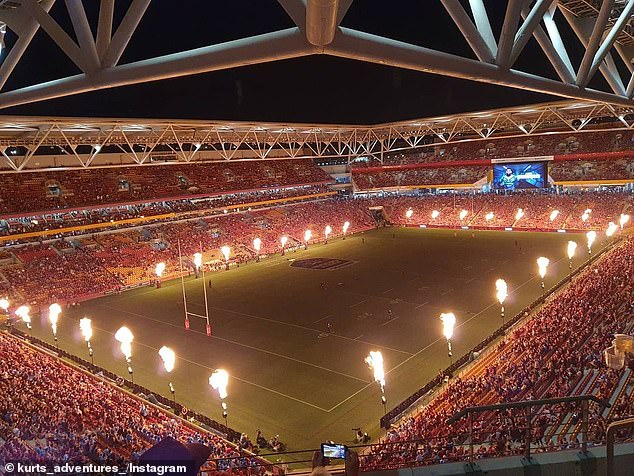 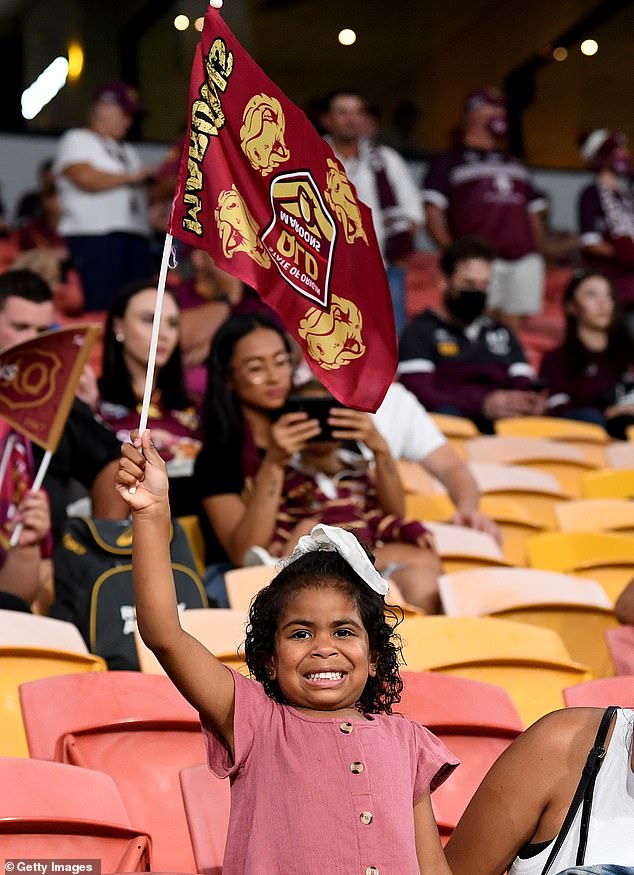 Wish they were here: Some of the many overseas viewers impressed with the Brisbane crowd

Another said: ‘Around 50,000 fans inside Suncorp Stadium for State of Origin III decider this morning. Amazing to see. Makes me very, very jealous to see.’

One man took aim at British Prime Minister Boris Johnson who recently ordered a second nation-wide lockdown to contain the second wave of the virus.

‘Watching State of Origin three (rugby league in Australia if you didn’t know), great to see packed stadiums,’ he wrote.

‘About time this government got their fingers out and got the fans back into stadiums.’

But many locals who have been living with draconian coronavirus restrictions including border closures and limits of personal gatherings lashed out at the Queensland premier. 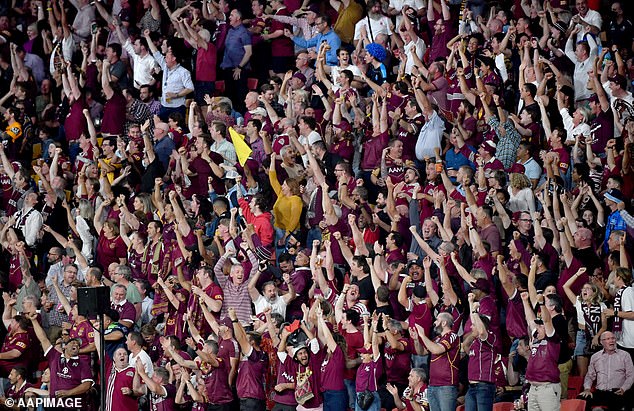 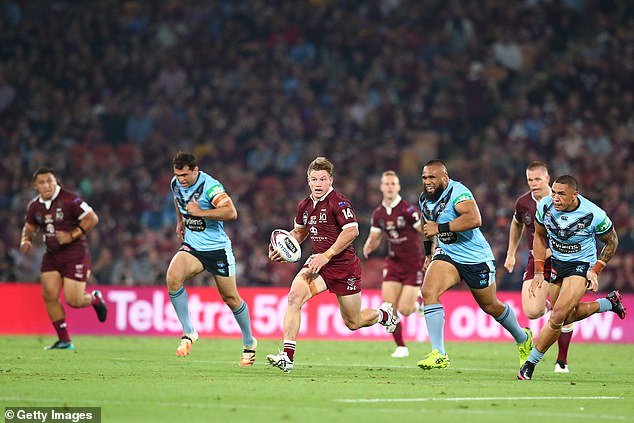 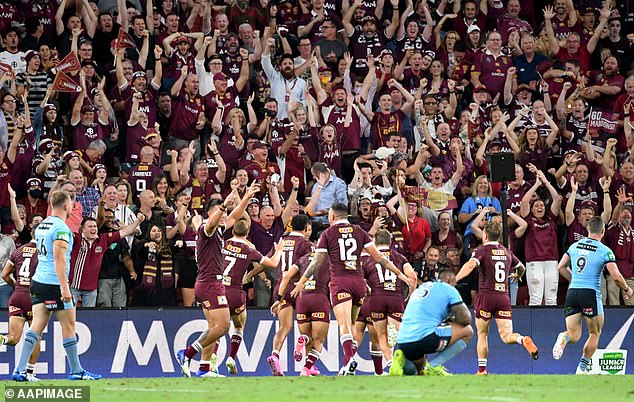 But for a large number of viewers, the contest was not as impressive as the event itself

‘Annastacia Palaszczuk is the biggest hypocrite of them all. Happy to selectively ignore all health advice caring only for her ego getting stroked. Narcissism at its finest,’ one person posted to social media.

Another said: ‘I can’t leave Sydney for my dad’s heart operation. A friend of mine lost her Dad whilst stuck in quarantine. Yet how many thousand for the NRL?’

‘This is a ridiculous decision when numbers are restricted at weddings, funerals and church on Sunday.’

There was a carnival atmosphere inside the Australian stadium as New South Wales looked to secure a third consecutive series win with series level at 1-1.

But with border closures still enforced, NSW fans were banned from making the trip north.

That meant an estimated 95 per cent of the crowd were Maroons fans.

However. there were a few Blues fans brave enough to enter the Queensland cauldron. 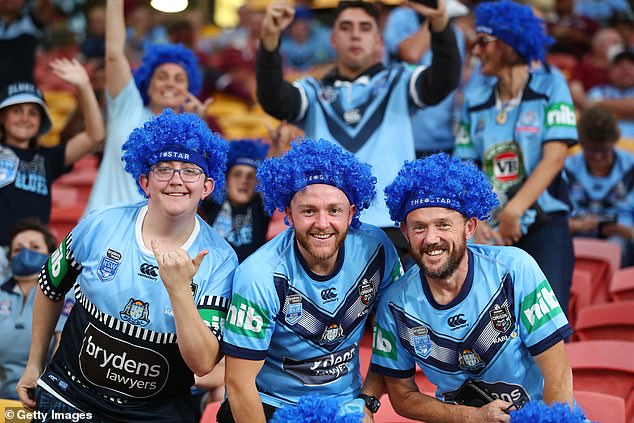 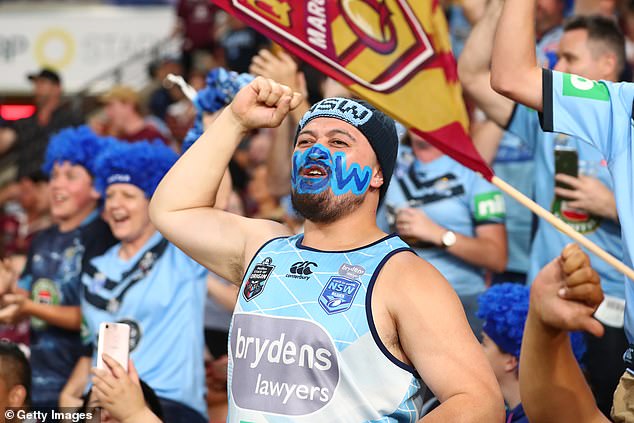 With border closures still enforced, NSW fans were banned from making the trip north. That meant about 95 per cent of the crowd were maroons fans 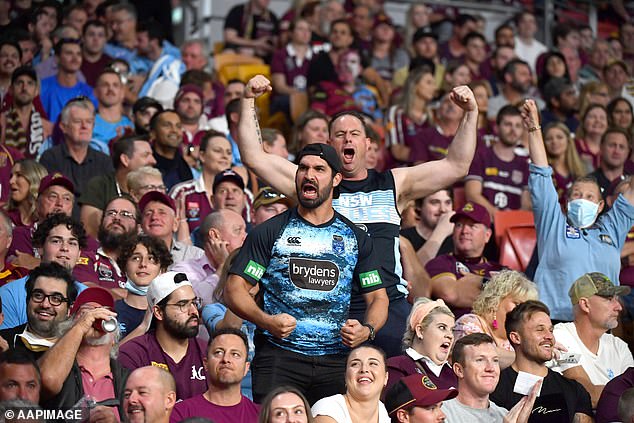 In the end, the home side out-muscled NSW in a brutal contest that saw James Tedesco knocked out in a sickening collision mid-way through the first half and two pitch invaders dragged off by security guards.

As the game was coming to a close, Cody Walker was also knocked unconscious in yet another ugly incident in the gruelling affair.

With just the score at 20-14 in the final moments of the match, the Blues mounted a comeback in the final stages with the Maroons down to 12 men after Corey Allen was sin binned for tackling a player without the ball.

But Queensland bravely held on after dominating possession throughout the contest and survived two ferocious Blues assaults that came just a metres away from scoring in the dying moments.

The State of Origin is normally played in the mid-way through the season beginning in May, but his year the coronavirus pandemic saw the iconic sporting fixtures moved to the end of the regular season for the first time in the code’s history.

Queensland’s Cameron Munster was named Man of the series and claimed the Wally Lewis medal. 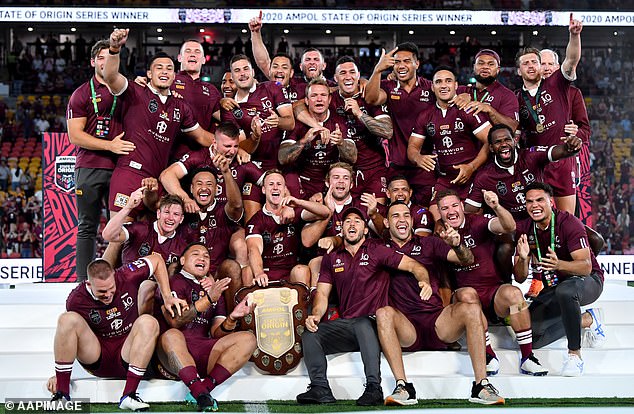 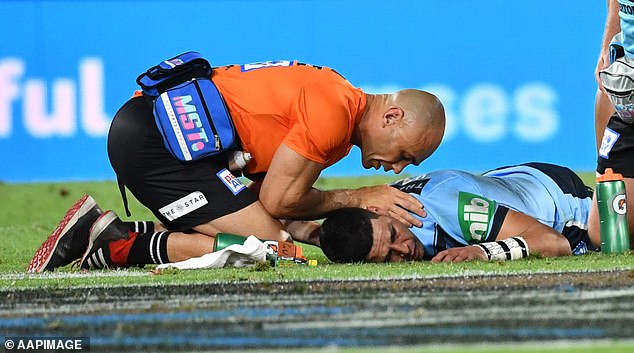 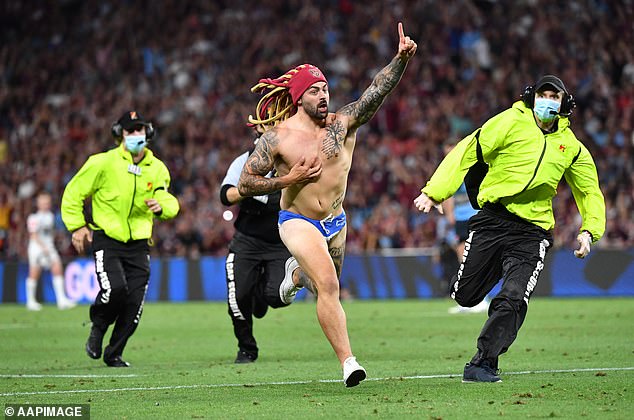