THE WHITE House is reportedly in talks to send checks of $2,000 to 'many Americans' in the next two weeks.

According to a two-page sheet from the Treasury department obtained by the Washington Post, an emergency $1trillion stimulus package could send two $1,000 checks to many Americans. 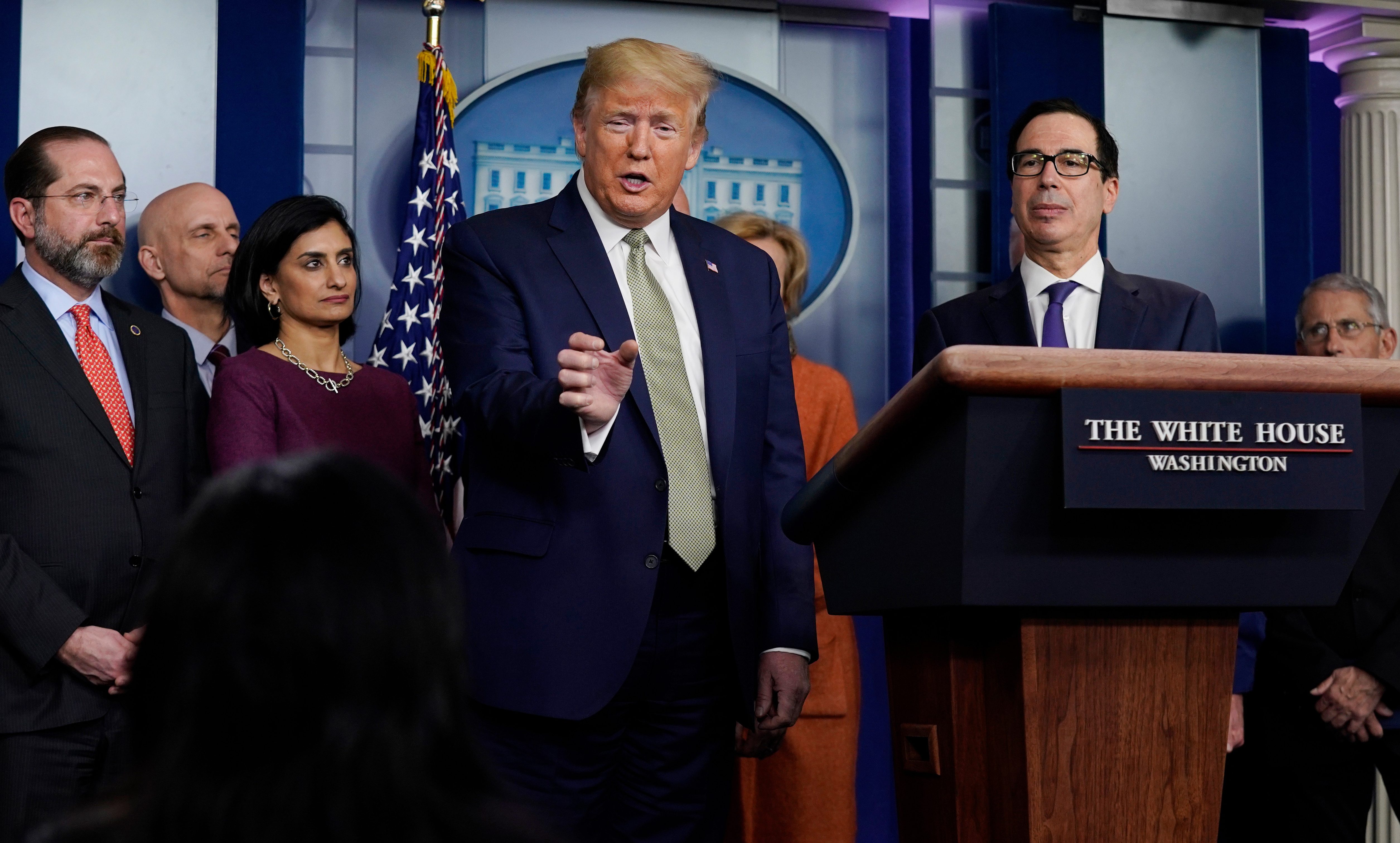 The Treasury department says the first payment would be made on April 6, with a second coming May 18.

According to the document, the total $500billion in payments would be "tiered based on income level and family size".

The Treasury department also suggests funnelling $50billion to the airline industry, $300billion to small businesses and $150billion to other “severely distressed sectors of the US economy”. 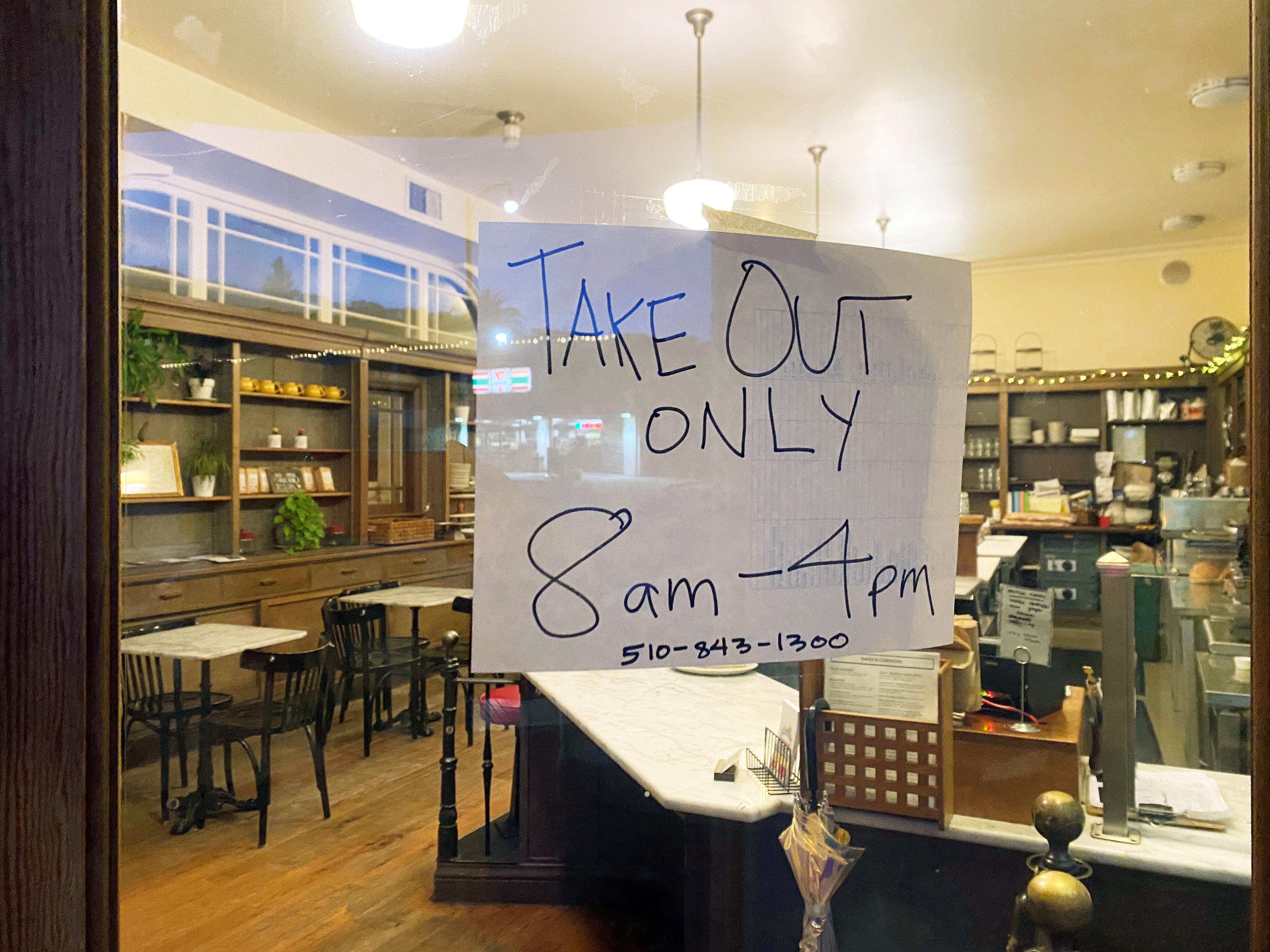 Treasury Secretary Steven Mnuchin warned Republican senators this morning that without action the coronavirus pandemic could drive up US unemployment to 20 percent and encouraged them to act on economic stimulus measures, totalling $1billion.

Mnuchin told reporters: "It is a big number. This is a very unique situation in this economy."

Asked for comment, Treasury Department spokesperson Monica Crowley told CNN: "During the meeting with Senate Republicans today, Secretary Mnuchin used several mathematical examples for illustrative purposes, but he never implied this would be the case." 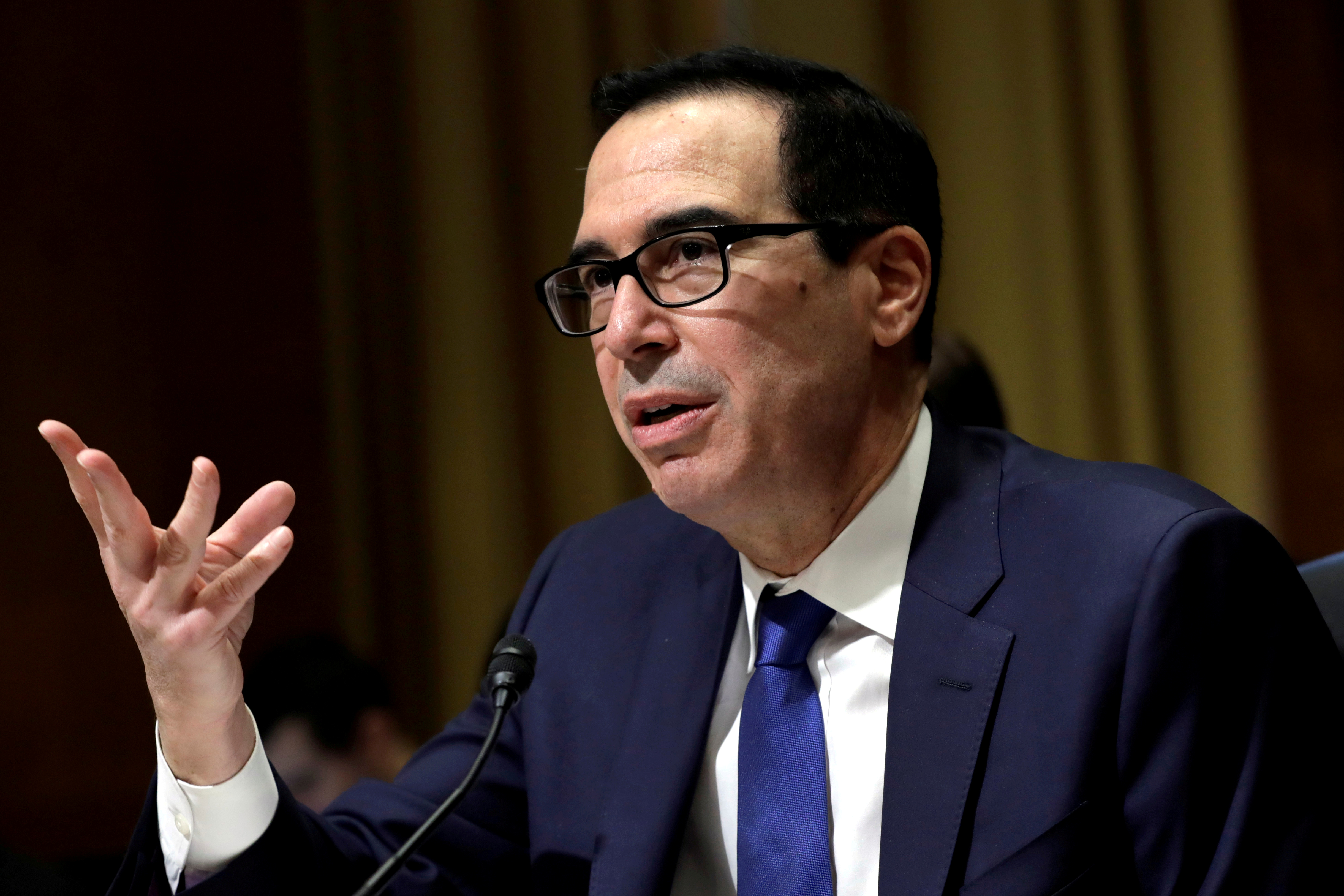 It was also announced that Americans will be allowed to defer up to $1million in payments to the Internal Revenue Service for 90 days, while corporations can defer up to $10million.

The IRS wouldn't charge interest or penalties for the deferral, Mnuchin added.

Some on Capitol Hill have pushed for direct government payments of $1,000, including Utah Senator Mitt Romney, who called for additional urgent response measures to the global pandemic. 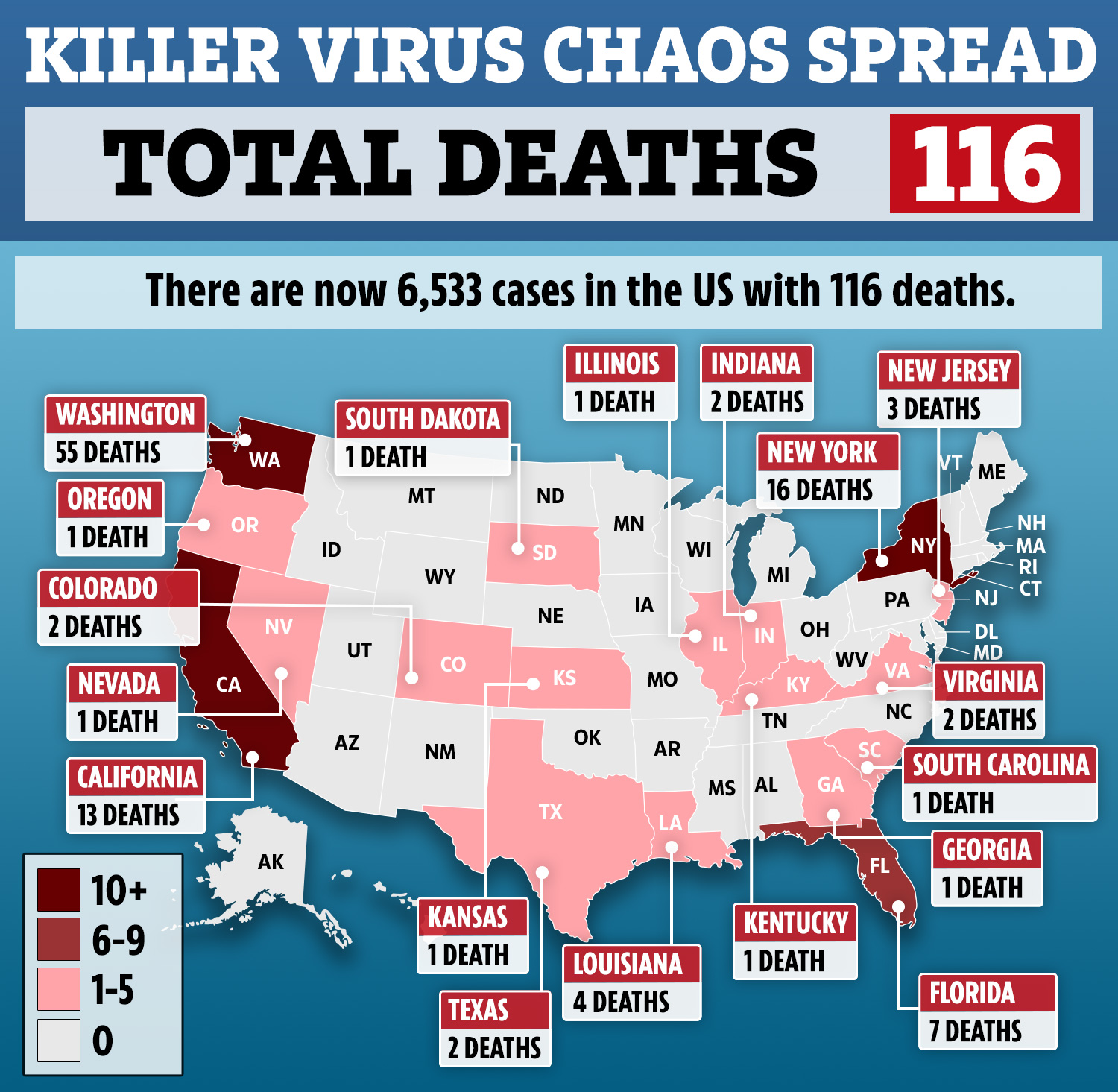 "Every American adult should immediately receive $1,000 to help ensure families and workers can meet their short-term obligations and increase spending in the economy," Romney said in a statement Thursday.

Although it's unclear exactly who would receive money and exactly how much, Mnuchin suggested that emergency funds would be aimed towards those hurt the most by the COVID-19 outbreak.

"We don't need to send people who make a million dollars a year, checks," he said.

The administration said it intends to keep financial markets open, but may consider slashing hours as necessary.

At a luncheon with reporters, Mnuchin said the administration is working with the IRS to send out $250 billion worth of checks, with the first set of checks sent at the end of April.

If the national emergency is still active at that time, another wave will reportedly be sent out four weeks later. 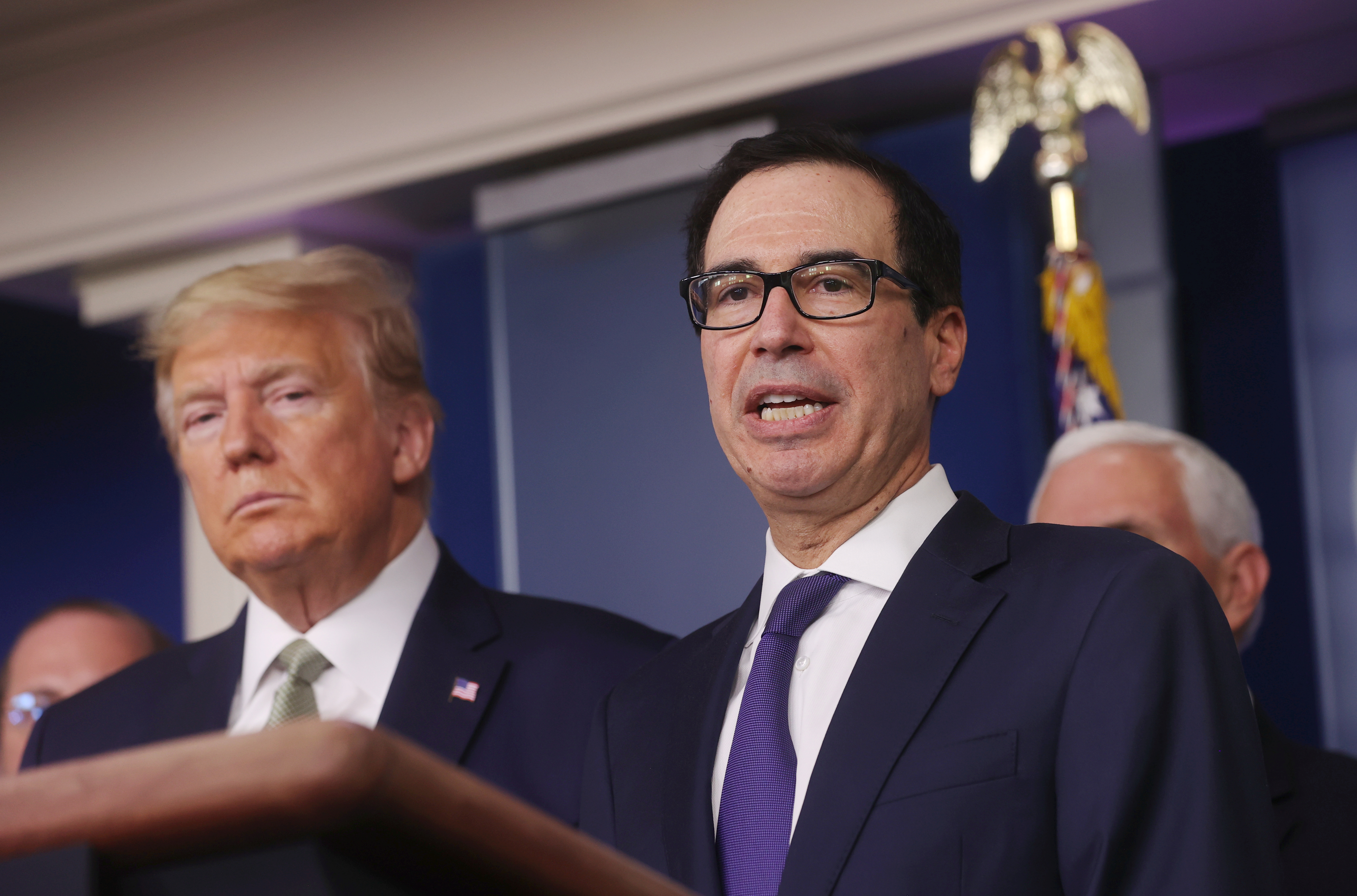 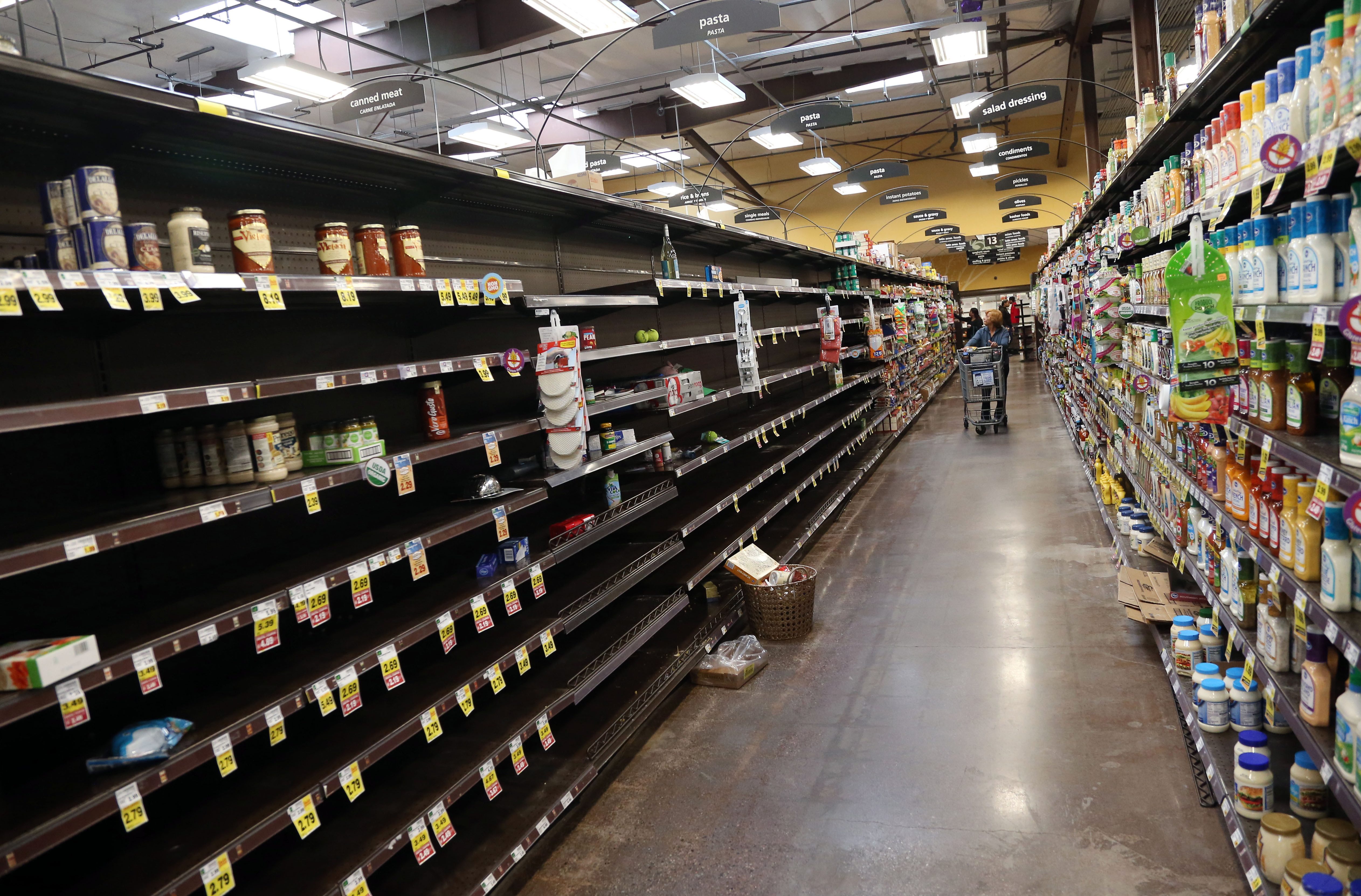 The checks are the latest move in a string of emergency response measures taken by the US government as it tries to fight the spread of the coronavirus, which has killed 116 people in America.

On Monday, the White House advised all Americans to avoid gathering in groups larger than 10 and urged the elderly to stay home as part of a new set of guidelines to quell the outbreak.

When asked by reporters whether the current restrictions will become the new norm for Americans, Trump replied: "We'll see what happens." 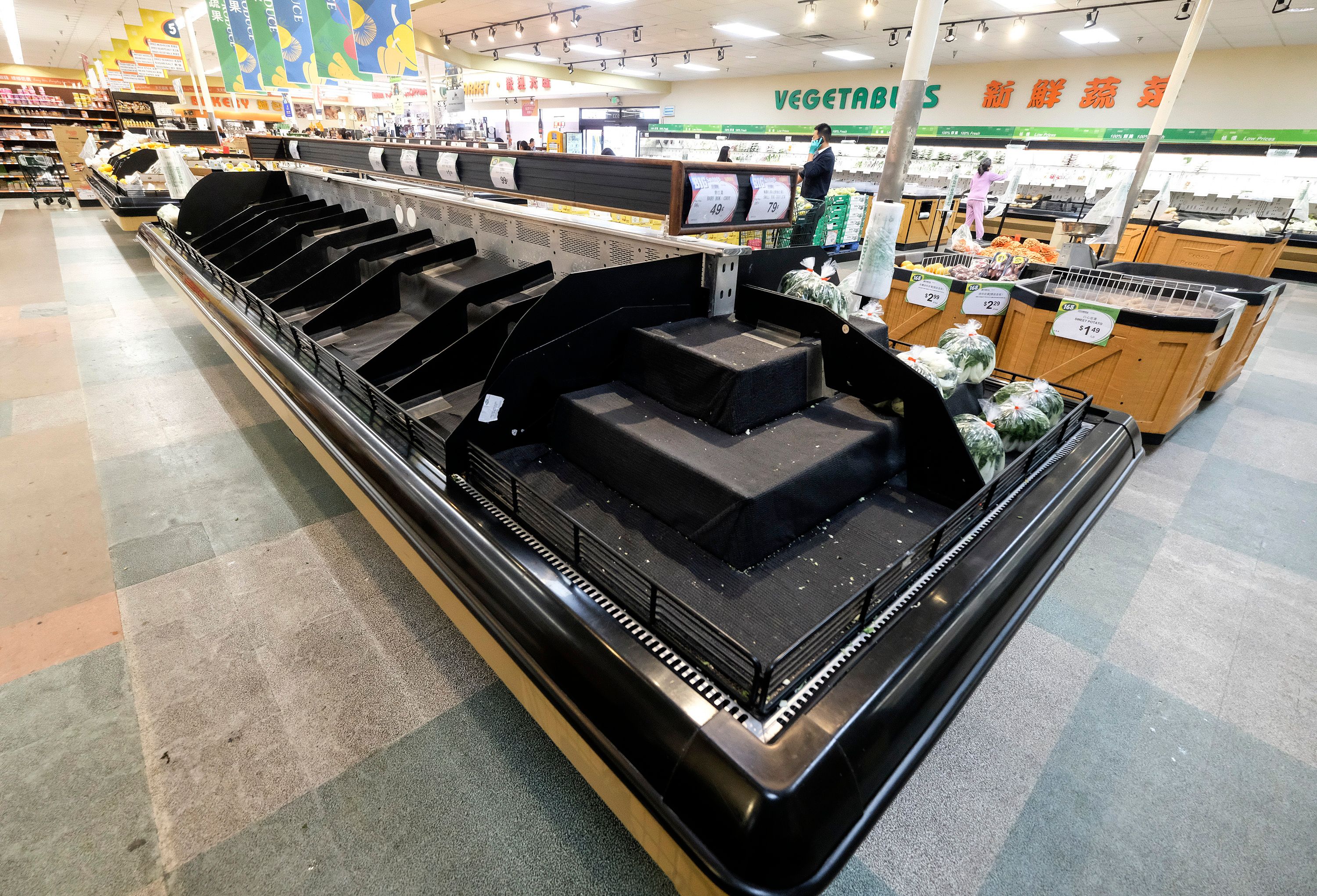 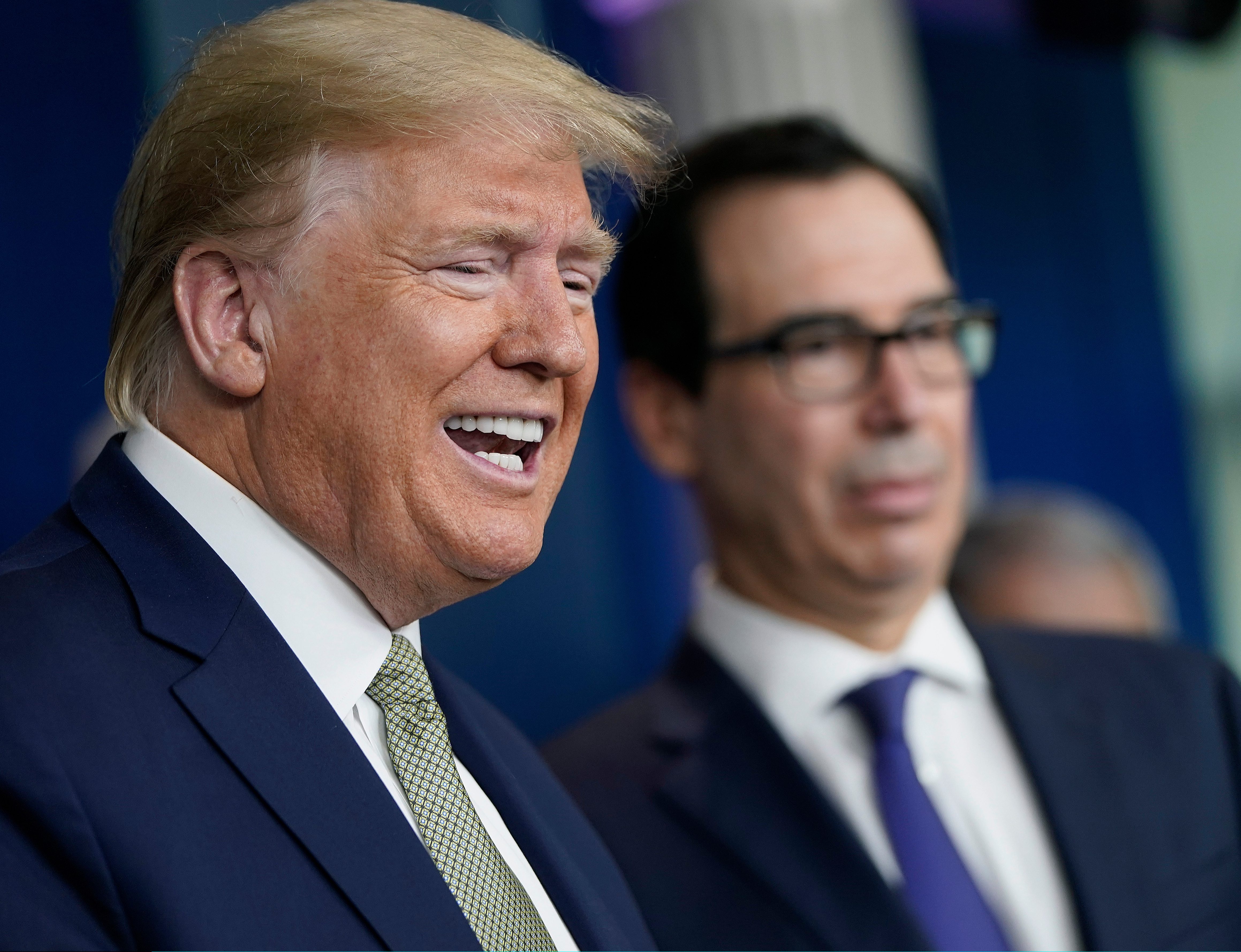 Related posts:
March 18, 2020 World News Comments Off on Americans could get ‘$2,000 checks as part of plan to save economy from coronavirus’ – The Sun
Celebrity News:
Universal sued by actor Faizon Love for cutting Black stars out of ‘Couples Retreat’ publicity posters
Alexandra Daddario Heats Up the Beach in a Bikini in Hawaii
Courteney Cox Recreated That Iconic Friends Moment for Thanksgiving
Diego Maradona's Lawyer Demands Investigation, Says Death 'Criminal idiocy'
Here’s How To Change Your TikTok “For You” Page To See Different Kinds Of Videos
Recent Posts
This website uses cookies to improve your user experience and to provide you with advertisements that are relevant to your interests. By continuing to browse the site you are agreeing to our use of cookies.Ok