Grieving parents of anorexic woman, 23, blast private hospital where she died after being found hanged in what a coroner said was a ‘cry for help’

The heartbroken parents of a severely anorexic young woman have hit out over her care at a private mental hospital following her inquest.

She had been cared for at unit run by the Cygnet Group which has had nearly a dozen of its hospitals given poor ratings by the Care Quality Commission.

There have also been concerns about the deaths of a number of patients in hospitals run by the group.

Georgia Partington was discovered with a ligature around her neck in her room at Cygnet Hospital, in Derby, where she was undergoing treatment. 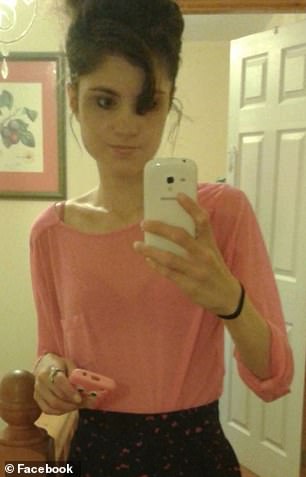 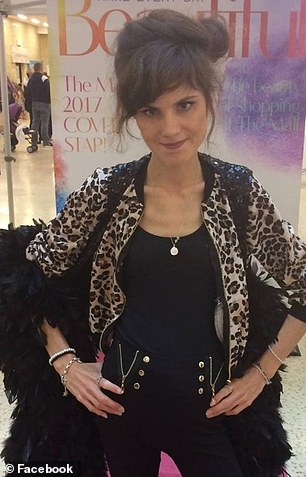 The 23-year-old, described as ‘beautiful and caring’, passed away in August 2017, having battled with anorexia and personality disorder issues for several years. She had been sectioned under the Mental Health Act.

Giving evidence at a four-day inquest at Derby Coroners’ Court, Miss Partington’s heartbroken mother, Elizabeth Partington, accused the hospital of lacking the ‘knowledge or training’ to cope with her daughter’s anorexia.

The family also expressed concern that a change of care plan just before Miss Partington died lead to her sending distressing texts to her mother. Messages included ‘I need you’ and ‘I can’t do this anymore’.

However, hospital bosses told the inquest they were aware of Miss Partington’s texts to her mother but did not feel the need to reassess her care plan and suicide risk as the texts were normal for her behaviour during her time at the hospital.

Dr Elizabeth Gethins was consultant psychiatrist at the hospital when Miss Partington died.

While giving evidence, she said: ‘Georgia was making progress and hit a target (of putting on more weight) that she had set herself. We then felt it was the right time to primarily focus on her other challenges, which was her personality disorder.

‘Her personality disorder was dragging her down and this was an area of expertise the hospital could help with.’

Because Miss Partington, from Walsall, was sectioned under the Mental Health Act when she died, a jury was called to record and conclude the circumstances of her death. 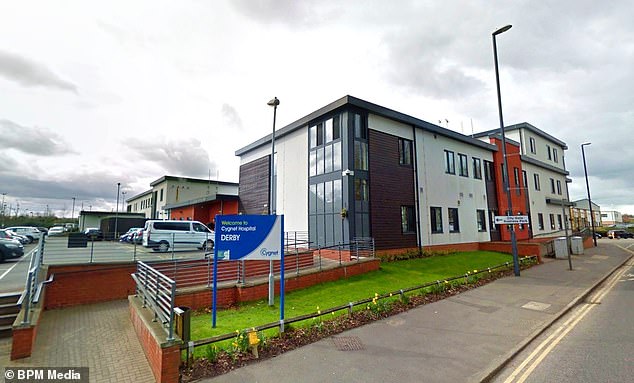 Georgia Partington was discovered with a ligature around her neck in her room at Cygnet Hospital (pictured), in Derby, where she was undergoing treatment

The jury concluded that Georgia’s death was suicidal misadventure as there was no evidence to suggest she intended to take her own life.

The foreman, speaking on behalf of the jury, said: ‘We conclude that Georgia applied the ligature for some other reason.’

Speaking after the inquest, Georgia’s family said: ‘It has taken a long time to uncover the facts about our daughter’s death.

‘We are in agreement with the jury’s finding of misadventure and that Georgia did not intend to take her own life. It was a cry for help that sadly was not detected in time.

‘We are disappointed that in light of all the evidence reviewed over the last days that the hospital entrusted with her care was not able to keep her safe.

‘We hope that the corrective actions identified by Cygnet following this incident can prevent this happening to any future patients. We would rather not be here at all but it’s been a long time, at least now it’s sorted.’

A spokesperson for Cygnet Hospital said: ‘We remain deeply saddened by Georgia’s death and would like to offer once again our sincere condolences to her family.

‘At the time we reviewed all relevant policies and procedures, and we continuously ensure our staff receive the training required to provide the highest standards of care. We take very seriously our duty of care and patient safety is our priority.’

In her closing remarks, assistant coroner Emma Serrano also expressed her sincere condolences to the family.

She said: ‘I’m very sorry to have had to meet Georgia’s family in these circumstances. From what I’ve heard you say it sounds like she was a lovely young lady who I would much rather have met in life

For confidential support call the Samaritans on 116123 or visit a local Samaritans branch, see www.samaritans.org for details.