An adviser to Iran’s foreign minister who was involved in the 1979 US embassy hostage crisis has died from coronavirus, state media said today.

Hossein Sheikholeslam, an aide of Mohammad Javad Zarif, died late on Thursday according to official news agency IRNA which called him ‘a veteran and revolutionary diplomat’.

It comes as Iran warned it may use ‘force’ to limit travel between cities, as the death toll reached 124 with 4,747 cases of coronavirus reported across the Islamic republic.

In 1979, Sheikholeslam was one of the Iranian students who stormed the US embassy in Tehran and took 52 people hostage in a 444-day crisis, a year after the toppling of the American-backed shah.

A former ambassador to Syria, he also served as deputy foreign minister from 1981 to 1997.

He becomes the sixth politician or government official to be killed by the virus which has spread from Iran across the Middle East. 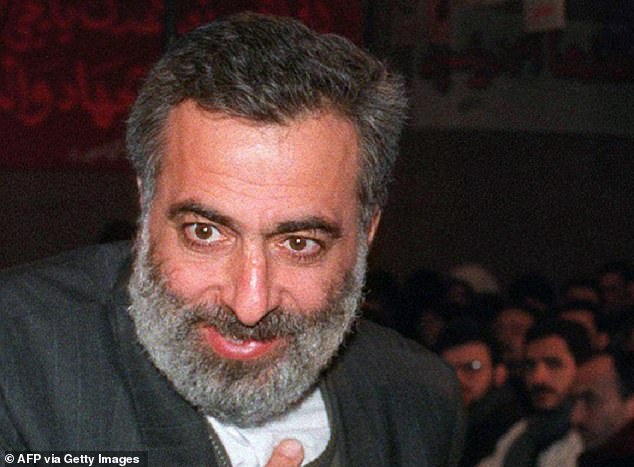 The virus has already killed Mohammad Mirmohammadi, a member of the Expediency Council which advises supreme leader Ayatollah Ali Khamenei.

Other officials who died of coronavirus include MP Mohammad Ali Ramezani and Mojtaba Pourkhanali, an agriculture ministry official, both from Gilan, one of the country’s worst-hit provinces.

The others were Ahmad Toyserkani, an adviser to the judiciary chief, Hadi Khosroshahi, a former envoy to the Vatican and Mojtaba Fazeli, a secretary to a senior cleric.

Tehran MP Fatemeh Rahbar is currently in a coma after being infected, according to ISNA news agency.

A host of other officials have been infected and are under quarantine, including vice-president Masoumeh Ebtekar, better known in the West as ‘Screaming Mary’ for her role as a spokeswoman during the hostage crisis.

Deputy health minister Iraj Harirchi was also infected last month, just a day after he had played down the outbreak in a sweaty appearance at a press conference.

Grand ayatollah Musa Shobairi Zanjani, who is considered one of the country’s highest religious authorities, is also a virus patient. 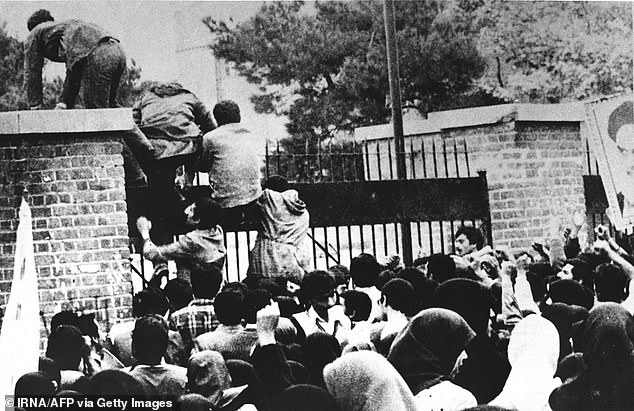 Iran today confirmed coronavirus has killed 124 people amid 4,747 cases across the Islamic republic.

Authorities have also warned they may use ‘force’ to limit travel between cities.

Health Ministry spokesman Kianoush Jahanpour offered the figures at a televised news conference, acknowledging that the virus is now in all of Iran’s 31 provinces.

The treat to use force may be in place to stop people from using closed schools and universities as an excuse to go to the Caspian Sea and other tourist destinations.

Images showed long lines of traffic as people tried to reach the Caspian coast from Tehran on Friday – despite authorities earlier telling people to remain in their cities.

The country announced on Thursday it would put checkpoints in place to limit travel between major cities, hoping to stem the spread of the virus.

Iran has closed schools and universities, suspended major cultural and sporting events and reduced working hours across the country to halt the rapid spread of coronavirus, which has spread to all of its 31 provinces.

Health minister Saeed Namaki said yesterday that classrooms would remain closed until the end of the Persian year on March 19, which is followed by national holidays into April.

‘People should not consider this as an opportunity to go travelling,’ the minister said. ‘They should stay home and take our warnings seriously.

‘This virus is highly contagious. It is a serious matter, do not joke about it.’ 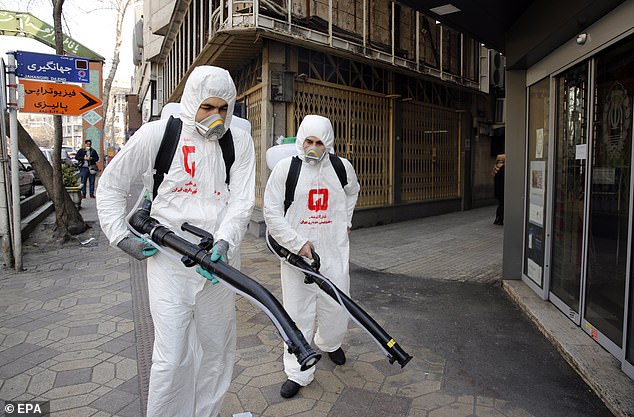 The clerical regime has been criticised for its failure to shut down the holy city of Qom after Iran’s first cases were reported there.

The city attracts Shi’ite pilgrims from across the Middle East and travellers linked to Iran have been blamed for spreading the virus around the region.

Several countries have since closed borders or imposed travel bans to guard against virus patients from Iran.

Iran has also been battling shortages of medical supplies including masks and testing kits, a problem exacerbated by US sanctions.

The country has also cancelled Friday prayers in major cities including Tehran.

Health minister Namaki said Iran had begun a national plan to combat coronavirus which will start in the handful of locations most affected by the disease and expand to other parts of the country, according to the official IRNA news agency.

Families would be contacted by telephone to help identify possible cases and health teams will disinfect public spaces, he said, listing the provinces of Qom, Gilan and Isfahan as the locations where the plan would begin.

On Sunday, Namaki had said that 300,000 teams, including members of the Basij militia, would be sent out to perform door-to-door coronavirus screening.

The plan sparked criticism from Iranians online about the possibility of the teams spreading, rather than stopping, infections.

The latest plan announced on Thursday did not mention door-to-door screening.

More than 4,990 cases of the virus, which causes the illness COVID-19, have been confirmed across the Middle East. Iran and Italy have the world’s highest death tolls outside of China.

In Tehran, firefighters sprayed disinfectant on a length of Tehran’s famous Valiasr Avenue.

‘It would be great if they did it every day,’ grocery store owner Reza Razaienejad said after the firefighters sprayed outside his shop. ‘It should not be just a one-time thing and should be done frequently, especially in places like here where movement and traffic happens a lot.’