Accurate antibody tests are set to be rolled out across the UK within a fortnight and will be able to tell millions of Britons if they have had coronavirus.

Testing giant Roche Diagnostics has finally created a kit that is accurate enough to be used at scale – and the firm says it has enough stock to provide hundreds of thousands to the NHS every week.

It comes after weeks of disappointments regarding antibody tests, which are designed to tell someone if they have contracted the virus in the past and indicate whether they may now be immune.

Roche claims its lab-based ‘Elecsys’ test can spot 100 per cent of those who have had the virus – with no ‘false negatives’ at all.

The test is important because it gives the clearest possible picture of how endemic coronavirus has become. If many more people have had the illness than currently believed, fears of a second peak will diminish 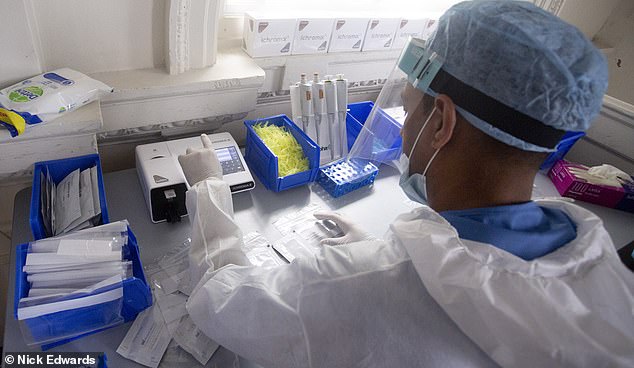 Hopes ran high in March that antibody tests could allow people to return to work.

Health Secretary Matt Hancock was so taken by the technology that in March he ordered 3.5million tests, from nine different companies.

But hopes of a quick end to the lockdown were dashed when it turned out the best of the tests could only spot 70 per cent of those who had been infected.

The new test resolves that problem by using a proven lab-based technology, rather than the finger-prick ‘pregnancy-test’ style kits that Mr Hancock had initially pinned his hopes on.

As long as it is used at least 14 days after someone has developed symptoms, it picks up 100 per cent of cases.

The new test also has a ‘specificity’ of 99.8 per cent, meaning it generates very few ‘false positives’ – which is when it indicates someone has been infected when they have not.

For every thousand people who take the test only two will be given a false positive result.

That is because Roche scientists have managed to develop a test that only picks up the Covid-19 virus.

Previous tests assessed by the Government struggled to differentiate Covid-19 from four other types of human coronaviruses which cause the common cold. 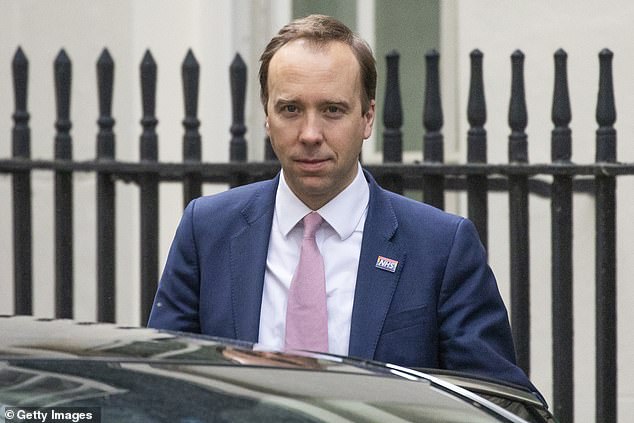 The blood sample kit – which can be processed by machines already used in NHS labs across the country – has been granted the vital ‘CE mark’ that shows it is safe, and is undergoing final ratification at Public Health England’s Porton Down facility.

It has also been given ’emergency use authorisation’ by the US Food and Drug Administration, with millions of kits to be sent to America.

Roche Diagnostics said it is ‘in dialogue’ with the NHS and the UK Government about a ‘phased roll-out of the test from mid-May’.

A spokesman added: ‘We will be able to provide hundreds of thousands of antibody tests to the UK per week.

‘Hospitals and reference laboratories can run the test on fully-automated equipment already widely installed by Roche Diagnostics at sites across the UK with results provided in 18 minutes.’ 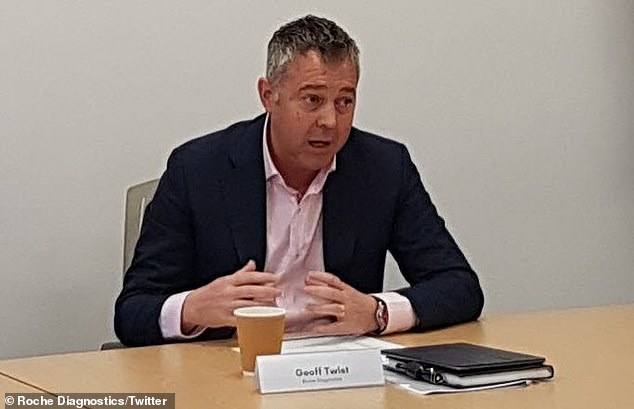 Geoff Twist, managing director of Roche Diagnostics UK and Ireland, said: ‘We will continue to work closely with the NHS, public health bodies and the UK Government to enable the roll out of the test across the UK’ 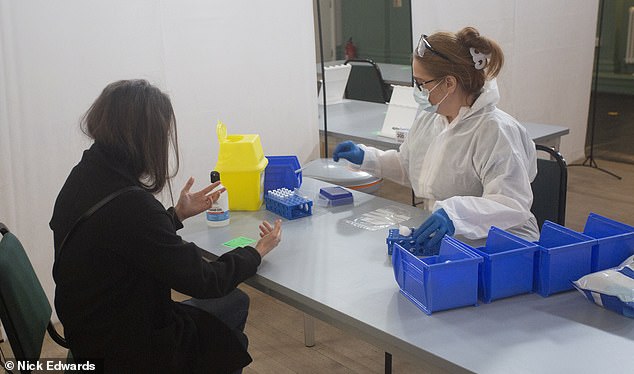 The main benefit of mass use of antibody tests will be the ability to rapidly plot the spread of the virus across the country, by telling who has had it and who has not.

PHE’s Porton Down lab already has its own lab-based antibody testing equipment – but it has only managed to test 14,865 people in about six weeks, which is useful for research purposes but not for mass testing.

Insiders say the test is likely to be a major addition to the Government’s huge ‘surveillance’ programme being rolled out, which will see thousands of households randomly sent swabbing tests.

It is unlikely antibody tests will be available for individuals to purchase privately – at least initially – mainly because officials would not be able to access the data they need to plot the spread of the virus.

But they might be used as part of the Government’s South Korea-style ‘contact tracing’ programme, which is being rolled out in the coming weeks to help spot new outbreaks.

The idea of ‘immunity certificates’ – which was initially proposed as a part of antibody testing – has also been shelved, mainly because scientists are still uncertain how long people remain immune after they contract the virus.

Geoff Twist, managing director of Roche Diagnostics UK and Ireland, said: ‘We will continue to work closely with the NHS, public health bodies and the UK Government to enable the roll out of the test across the UK.’

Severin Schwan, CEO of Roche Group, said the firm would produce tens of millions of tests in May alone to send around the world.

‘I am in particular pleased about the high specificity and sensitivity of our test, which is crucial to support health care systems around the world with a reliable tool to better manage the COVID-19 health crisis,’ he said.

It said it had 12 screening machines available to process the tests. Each machine has capacity for up to 36,000 tests a day and produces results in 35 minutes.

Like the Roche tests, its test has 100 per cent sensitivity and 99.8 per cent specificity.

Chief executive Franz Walt said it had received interest from other countries to purchase the machines but had not yet spoken to UK ministers.

‘We realise ministers and the NHS are incredibly busy but are keen to talk given the strong interest from across Europe in the product,’ he said.

Related posts:
May 3, 2020 World News Comments Off on Antibody tests to be rolled out to millions of Brits within two weeks
Celebrity News:
Novak Djokovic is extremely disappointed to be deported from Australia
Lucy Mecklenburgh flaunts baby bump in swimsuit as she kisses fiancé Ryan Thomas
50 Cent’s GF Cuban Link ‘Sick of’ Trolls Accusing Her of Having Plastic Surgery
Bob Saget Revealed COVID-19 Battle Days Before Death: 'It Does Not Feel Good'
Katherine Ryan takes mick out of Molly-Mae Hague backlash amid '24-hour' comment
Recent Posts